The Words & The Melody - Iris DeMent at Thornbury Theatre 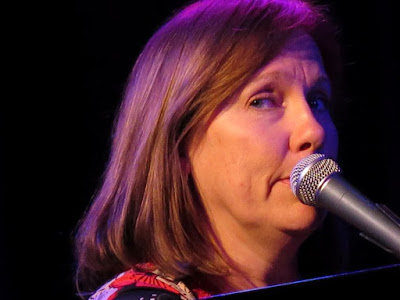 Obviously Iris was impressed by the response to her music on her last tour. and appeared to be delighted to be back on these shores. And we who had tickets to her show this time were thrilled to welcome her back.

Concerts at Thornbury Theatre are normally seated at large tables and chairs, cabaret style, but this time it was arranged in concert mode with rows of chairs.  No doubt they could accommodate a larger audience in this mode.

I’d booked reserved seats early so was pleased to be seated in the fourth row, which turned out to be good for testing the G16 in the circumstances. Despite heads impeding my view, I managed to get much more glamorous photos of Iris DeMent this time.  And she was certainly dressed more colourfully this time in a dress she had just bought from a fashion house in Brisbane.

There were two support acts, the first being local duo Andy Wigglesworth and Laura Coates who perform as The Weeping Willows. 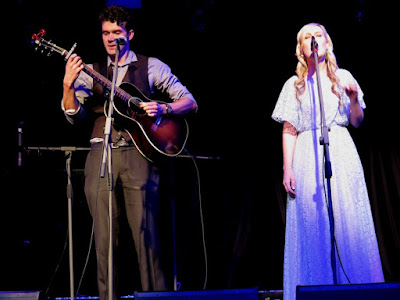 The Weeping Willows at Thornbury Theatre 28/5/15
﻿

The second support was Pieta Brown, daughter of Iris DeMent’s husband, singer songwriter Greg Brown. She grew up steeped in music, and follows in her father’s footsteps as a songwriter, musician and singer. 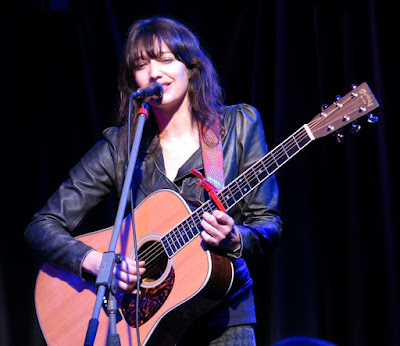 Pieta Brown live at Thornbury Theatre 28/5/15
Pieta’s musical taste extends beyond the folk and country spectrum into rock n roll and she is a brilliant guitarist. I have no idea what songs she played, but one was a tribute to Loretta Lynn.

Iris DeMent took the stage at about 9.00pm, and for most of the show played the piano as the accompaniment to her songs. It was only in the latter stages of her set that she took up her guitar and faced the audience directly. 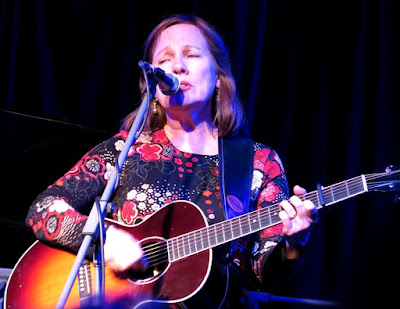 Iris DeMent live at Thornbury Theatre 28/5/15
Iris was in a cheerful mood, despite her jet lag which she admitted she was treating with coffee, and gave a mesmerising and moving performance that lasted for well over an hour and a half and included 18 songs, including a two song encore.
Most of the songs she sang were drawn from her latest album Sing The Delta, and from a forthcoming record entitled The Trackless Woods, a collection of 18 songs that are poems of Anna Akhmatova,  Iris has set to music.

She explained that on discovering the poetry of Akhmatova, she felt compelled to create music for the words, stating that being used to expressing her own poetic vision in song, the words make more sense when set to music. “It’s like the melody is part of the language,” she added.

I was somewhat disappointed that she didn’t sing any of my favourites from her back catalogue, except “My Life” in the encore, but then again the Akhmatova poems sounded gorgeous.

Pieta Brown joined her on stage for the last two songs of the main set, where they sang a wonderful version Greg Brown’s “My Home In the Sky” and “Let The Mystery Be” from Iris’s second album Infamous Angel.

It was a low key night of beautiful soulful music and a rare pleasure to hear Iris DeMent sing again in her unique voice, her lovely melodies.