As rare pleasures go, the Emmylou Harris and Rodney Crowell concert at the Palais Theatre last Thursday night was up there with best.

We missed the support act, local singer-songwriter Harmony James, so I have no idea what she sounded like.

Emmylou and Rodney took the stage at about 8.50pm and played for two hours.

Harking back to the distant past they kicked off the set with two songs written by Emmylou’s early mentor Gram Parsons, Return of the Grievous Angel and Wheels then covered two Townes Van Zandt songs  Pancho and Lefty and If I Needed You.

Emmylou Harris has excellent taste in the songs she chooses to cover, and her versions are simply wonderful. But as the pair are touring in support of their latest collaboration The Travelling Kind, where most of the songs are co-writes, they naturally performed several songs from the album – the title track, Memphis, Weight of the World, You Can’t Say We Didn’t Try and their cover of the Lucinda Williams song  Just Wanted To See You So Bad. 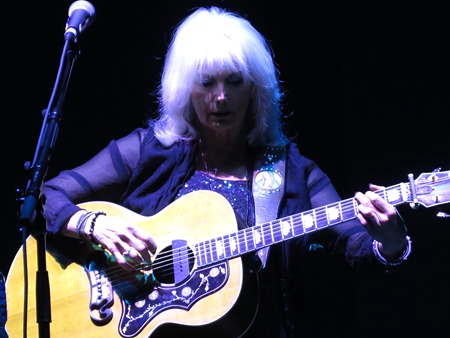 And of course Rodney Crowell treated the appreciative audience to several of his classic songs that included Till I Gain Control Again, Ain’t Living Long Like This and the superb Rock Of My Soul. 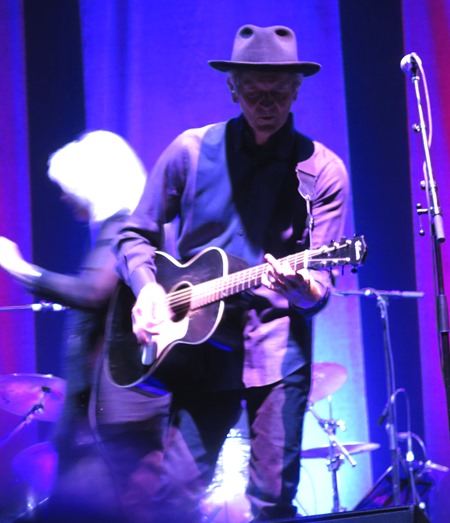 They played a total of 22 songs in the main set, and returned to perform three more in the encore. The set varied from slow burning ballads to rocking out numbers, with the band staging longish jams. Emmylou was witnessed modestly rocking along with the livelier songs, but Rodney was in his element, jamming with band. 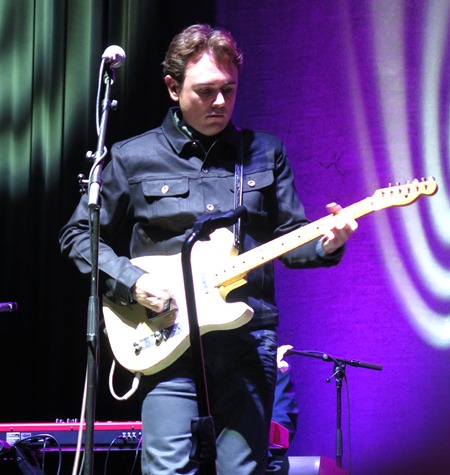 It was a great concert and a thrill to see Emmylou Harris and Rodney Crowell together. Both are legendary artists in their own right, but together they create something special, their long time friendship adding an extra dimension to the show. The audience certainly thought so. We gave them a standing ovation.