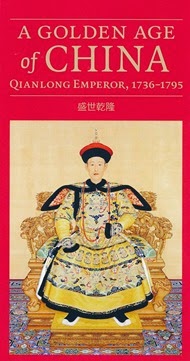 It has been almost a year since I last attended an exhibition, so feeling in the mood to rest my eyes on beauteous objects, I sallied forth to the National Gallery of Victoria to see the new International exhibition of Chinese Art.

One of these was Qianlong Emperor who ruled China from 1736 to 1795, and it was from his period that the objects and paintings on display were drawn.

I’m very hazy as to the history of China and couldn’t tell you when any particular dynasty of Emperors ruled, so I found the Golden Age of China exhibition to be both educational and enlightening and a feast of beauty for the eyes.

There was plenty to see, the exhibition being quite extensive with paintings, jewellery, weaponry, costumes, as well as household and religious items.

Qianlong Emperor was a cultured person with an artistic bent. He was skilled in both painting and calligraphy and a noted poet. Several paintings and scrolls contained his poetic observations. 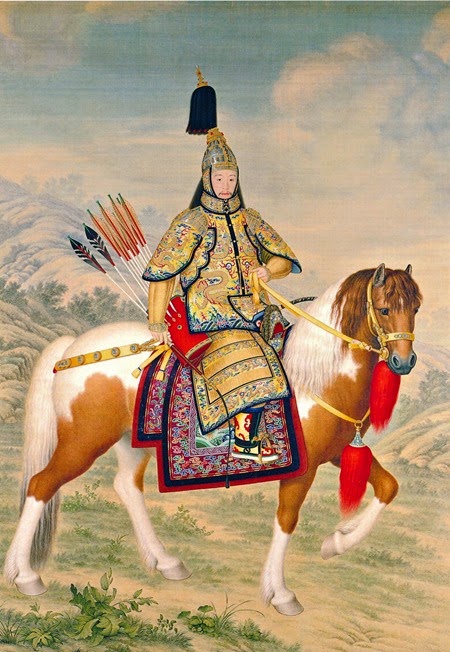 If you’re wondering at the name of Giuseppe Castiglione, he was a Jesuit Missionary with a talent for painting.  He gained access to the Imperial Court and painted the royal family in an European style, that was an influence on future generations of Chinese artists. 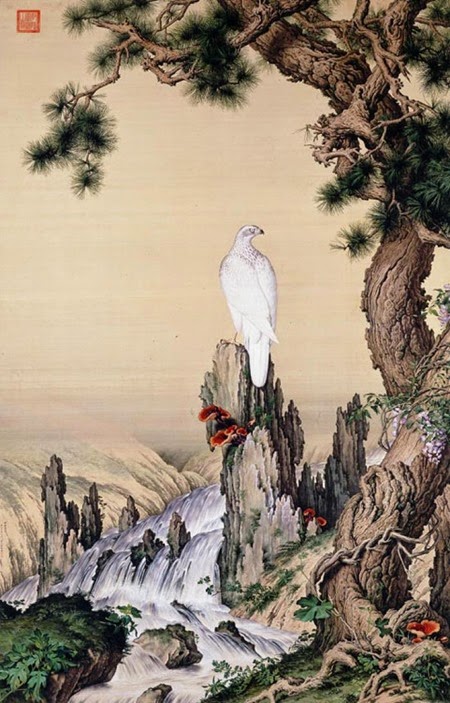 The most resplendent items in the collections were the ceremonial robes. They were gorgeous garments with elaborate decorations – works of art in their own right. 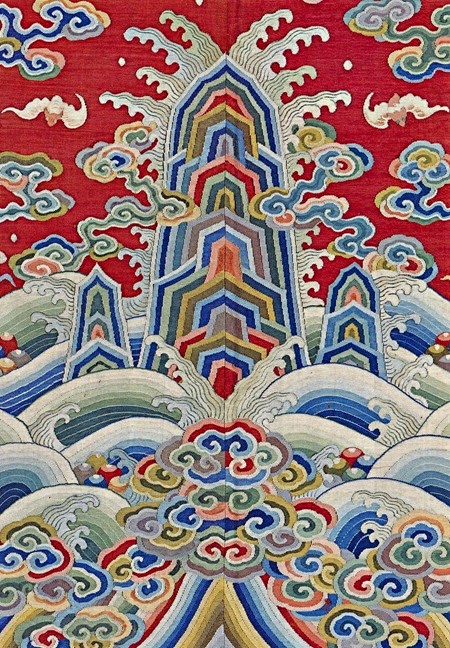 I was arrested by the following portrait of Imperial Honourable Consort Huixian. She has a striking face and is wearing a gorgeous gown. 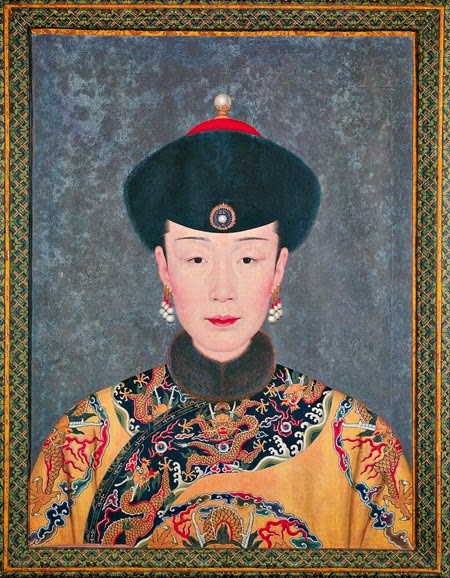 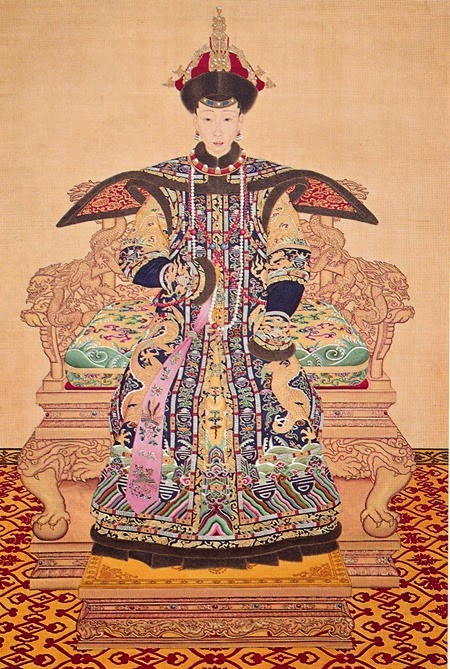 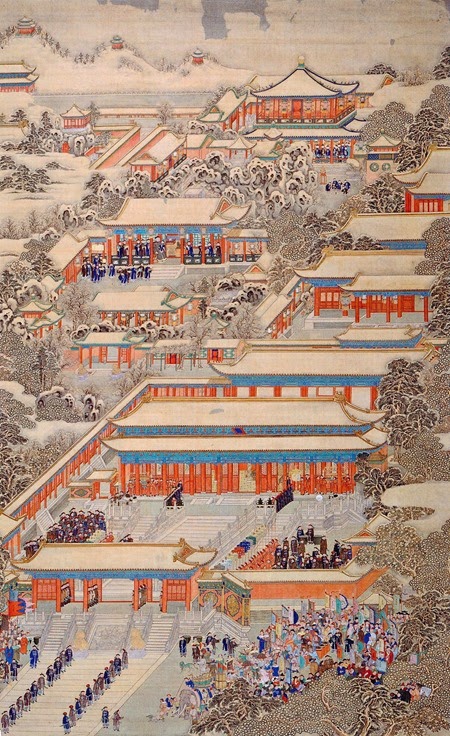 The above pictures were mostly scanned from the exhibition brochure or postcards I purchased at the Gallery Shop.

Unfortunately there was no postcard of a cool Steampunk barometer in the shape of a locomotive, but I’ve found a photo of it on the internet at a Decorative Arts Flickr Group. 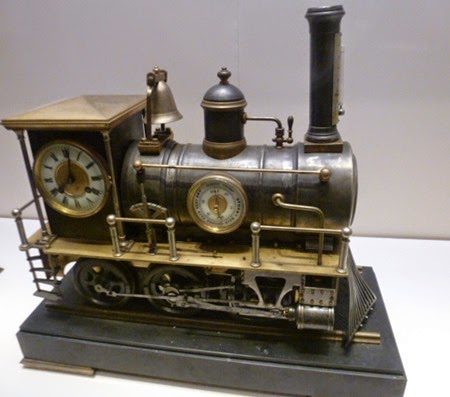 After looking at the wonderful objects in the Golden Age of China exhibition, I moved on to view two other smaller exhibitions, one featuring the Gallery’s collection of Pre-Raphaelite paintings and objects , titled Medieval Moderns - The Pre-Raphaelite Brotherhood and Exquisite Threads – English Embroidery 1600s-1900s.

Both exhibitions were pleasing to view and I  must admit the embroidery was indeed exquisite. 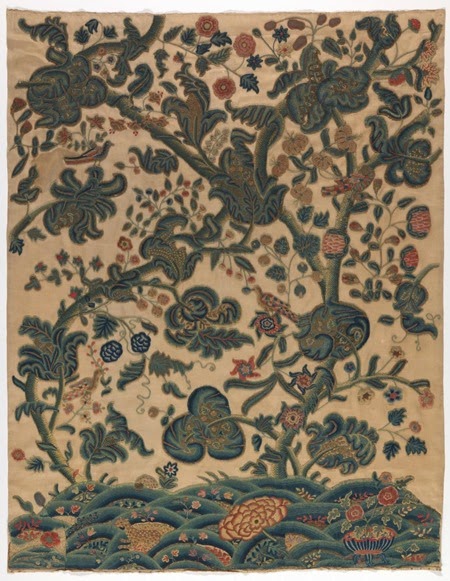 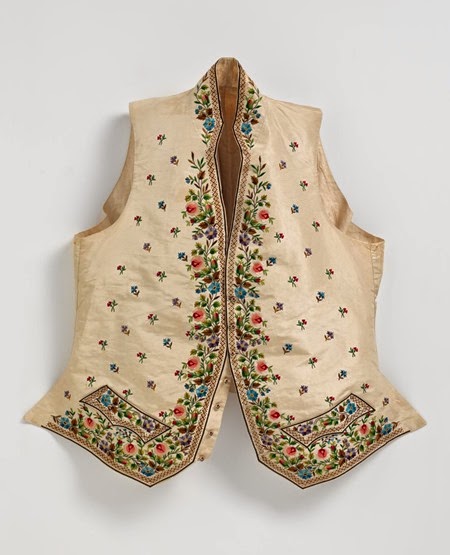 The National Gallery of Victoria will be holding a major exhibition over winter featuring works of art from The Hermitage – The Legacy of Catherine the Great.

I will probably go and have a look at it some time or other when I feel like another art fix.

oh Cat Polly never mind the art treasures, The Hermitage has about 6 dozen resident cats and they have a full time cat wrangler. just guugle Cats Of The Hermitage and see how famed they are.
Just thought of you when I was enjoying the pretty horsey pic at Bronwen Healey blog. she swims them on the beach at Bittern.
Now I shall search for info on your intriguing Honorable Consort
x x

I am familiar with The Hermitage cats and read an article fairly recently on them, or did I see it on TV? They may even get a mention in the exhibition.

Just googled honorable consort and saw the t-shirt. It appears the NGV is selling them. I only had enough cash on me for a few postcards and luckily Huixian was one of them.

ah yes, as the legend Banksy said "Please exit via giftshop" I should have guessed. It is a great image though.
Apparently the median wage of working Australian is $70,000 per annum (I just read it online so it must be true :)
and they are the NGV demographic.
Big news:
Miss Odyne finally has the settlement complete on her acres west of Hamilton and is enveloped in her own pale 'Spirit Of Place'.
happy trails to you.