A Literary Smorgasbord–The Wheeler Centre 10 Days in May

In the past I have been disappointed in missing several writers I should have liked to see in person at Melbourne’s Wheeler Centre but heard about the events too late or not at all.

One of the authors I missed whom I would dearly love to meet was Karen Joy Fowler, author of the wonderful We Are All Completely Beside Ourselves and The Jane Austen Book Club among other fine novels. The event was not advertised and I heard later that it was not well attended, so I figured that if I was to get news  of such events I should sign up for the Wheeler Centre newsletter if they had such a service.

I signed up a few months ago and it paid off handsomely the other evening when I received the Wheeler Centre newsletter with details of their Ten Days In May mini festival -  a spill over of International writers from the concurrent Sydney Writer’s Festival.

Among them are two of my favourite authors – Jonathan Lethem and David Mitchell. 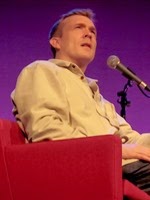 David Mitchell is famous, a modern literary lion adored by his reader fans for his clever books and beautiful prose style.  I did have the pleasure of seeing David Mitchell live several years ago and got my copy of his book The Thousand Autumns of Jacob De Zoet signed. This time I’ll be taking along a few more of his books including his latest, The Bone Clocks, to be signed. 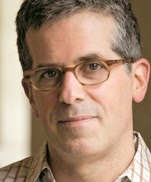 Jonathan Lethem on the other hand  is not all that well known in Australia, except perhaps in Science Fiction circles.  He actually doesn’t write science fiction, but his books often contain fantastic elements. In my opinion his masterwork is Motherless Brooklyn, a sort of detective mystery whose narrator suffers from Tourette’s Syndrome.

I have been following Jonathan Lethem’s career from his first book titled Gun with Occasional Music, a hard boiled detective satire set in a bizarre future.  His second novel Amnesia Moon was just as strange – described on the cover as an amazing road noir novel of the fractal future. I have yet to read his latest novel Dissident Gardens, but intend to do so before his appearance in Melbourne.

I’ve booked for both of the above authors who will be at the Atrium, Federation Square on 19 May, one after the other.

It seems I have inclination to soak up  culture at the moment, for I’ve also booked tickets for Claire Tomalin and Michael Frayn who will be at the Wheeler Centre on 14 May, also as part of the mini festival.

Claire Tomalin is a notable journalist and writer of several biographies of historical figures- Jane Austen, Samuel Pepys, Charles Dickens, to name a few. I have her biography of Mary Wollstoncraft in hard cover, which I purchased way back in 1975, so I’ll certainly be taking it along to be signed.

She is married to Michael Frayn who is known for his clever satirical novels. I have only one in my collection – his first novel,  The Tin Men, in a 1974 paperback.

I notice Helen Macdonald, author of H is for Hawk , a book I greatly enjoyed reading last year, is a guest at the Sydney Writer’s Festival. I’m disappointed that she will not be seen in Melbourne during that time, unless she comes later.