My Thoughts for Two Guineas 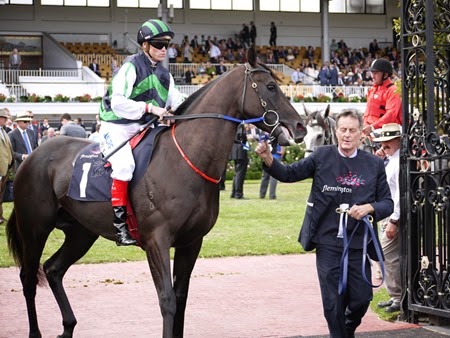 The title of this post is a reflection on the unusual situation where two Group 1 Guineas races for three year olds are being run on the same day, these being the Randwick Guineas in Sydney and the Australian Guineas at Flemington tomorrow.  One rather wonders who was responsible for the programming, but it all smacks of the tedious rivalry between Sydney’s racing authorities and Melbourne’s.

Both races are over the same distance of 1600 metres, but the Randwick Guineas offers better prize money ($60,000 more).  A very small, but classy field of six contestants will start in the Randwick Guineas. Top chances are Hallowed Crown, Sweynesse and Shooting To Win, who will probably run the trifecta.

The Australian Guineas, by contrast, despite attracting a capacity field, has not the same depth of class. Alpine Eagle who impressed with his Autumn Classic win at Caulfield last Saturday has to be a top chance. Then there’s  Wandjina who recently won the CS Hayes Stakes at Flemington at his last start and can’t be overlooked. The interesting runner is Admiral, a Tasmanian galloper who beat The Cleaner at his last start. He’s had twelve starts for nine wins in his home state, and could well steal the prize from the mainlanders.  Kermadec was originally entered into the Randwick Guineas, but was scratched from that to run in this. He ran a close third to Hallowed Crown and Sweynesse in the Hobartville Stakes at his last start so is also likely to be in the finish.

There are the two fillies – Fontein Ruby and Sweet And Speedy – who may cause a boilover. Several fillies have won this race in the past – Miss Finland, Shamrocker and Mosheen, for example.

The Flemington support card is not half as interesting as that at Randwick, where the Group 1 Canterbury Stakes is also on the program and has a really interesting field that includes the bonny grey mare Catkins trying again for her first Group 1 victory.  Whether she’ll succeed is another matter, as she faces a pretty classy field that includes Sacred Falls, Royal Descent, Criterion, Hooked and Cosmic Endeavour.  Whatever, I’ll be barracking for Catkins.

Another of my favourite mares, Miracles of Life resumes at Randwick in the Group 2 Challenge Stakes. At her second last start in Spring she dead heated with Bel Sprinter in the Caulfield Sprint. Also part of the field is Rubick, resuming after a break and Mossfun, the 2014 Golden Slipper winner.

Sort of Golden Slipper Preludes, the Group 2 Riesling Stakes and Todman Stakes kick off the Randwick program. Last year these two races were at Rosehill – I was there to watch them with Earthquake and Ghibellines being the respective winners.

The Riesling Stakes has smart fillies Fireworks, Ottoman and Stay With Me as the main contenders, whereas the Todman Stakes’ top chances are Headwater and Vancouver, both with big wraps on them, in what will be an interesting race to watch.

I’ll be heading out to Flemington for another afternoon at the races. Living Legends Apache Cat, who won the Australian Guineas in 2006 and Bullish Luck, a former Hong Kong champion racehorse will be there to add interest to the day.

The weather here in Melbourne is cool and overcast at present and is expected to be the same tomorrow; pleasant weather for the races and taking photographs.