In The Mood For Romance… 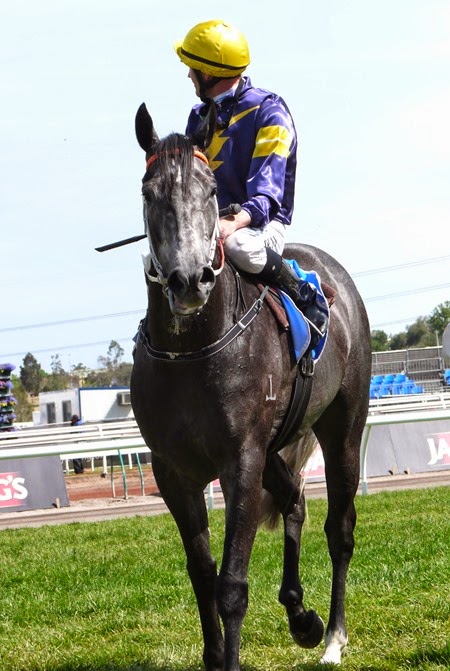 The romance of the turf, I mean, seeing as the autumn racing season kicks off on Saturday, St Valentine’s Day.  I’m too old for the other sort of romance (perish the thought) so the romance of racing is it for me.

Caulfield reopens its gates for the first time since the Caulfield Cup, to host the first Group 1 race of the season and the meeting also includes several choice Group 2 and 3 events as well to be run on the newly resurfaced track.

To digress, it has been a technologically trying week with my new computer developing a serious hard drive problem over the weekend, where, after a series of BSOD (blue screen of death) incidents the operating system refused to load. Fortunately, the hard drive in question, a SSD (solid state drive), was the one on which all programs were loaded, and had hardly any data saved on it. I store my data files on a second internal hard drive.

I did have an inkling that all was not well after the BSODs, so hastened to save essential stuff on my C: drive, such as email addresses, messages etc. to the secondary E: drive, so I didn’t lose anything important.

Back to the computer shop we went early on Monday and they had a new SSD installed with a fresh install of Windows 7 ready by Tuesday afternoon. It only took me a day to set it all up this time, after the tedium of the initial set up back in April last year which had me trying to install the printer driver for a week. Now the computer is back in business and performing better than before.

So it will be a pleasant break from computer woes attending the races tomorrow.

As was the case last summer, Caulfield is calling its program of summer racing “Relaxed Racing”, and in their wisdom have scheduled the feature race for 5.50pm, so it will a long day trackside as I want to get to the course by the second race.

Race 2 is the Group 3 Kevin Hayes Stakes for three year old fillies run over 1200 metres. Most of the fillies engaged in the race are resuming from a spell, and there are several familiar names among the contenders – Fontein Ruby, Afleet Esprit, Sabatini and Royal Snitzel. The winner will most probably be one of the above.

The third and fourth races on the program are of great interest in terms of assessing the current two year old crop for the upcoming Blue Diamond Stakes.  The Group 2 Blue Diamond Prelude  (1100 metres) for fillies is run first and the raging favourite is Fontiton who has won her only two starts, the last being the fillies Blue Diamond Preview on Australia Day. Her main rivals are Flamboyant Lass, Heatherly and Secret Agenda who all won their last races.

The colts and geldings Prelude is harder to assess, but I fancy Of The Brave who I witnessed winning his first race back in October at Caulfield. He is a half brother to the speedy Eloping and looks to share  her talent.  Others with a chance are Darley colts Bantam and Sampeah.

The Carlyon Cup is a Group 3 race run over 1600 metres, and the field has a mix of stayers and middle distance runners. The most interesting of them is Sydney horse Red Excitement who has a remarkable CV with a picket fence of wins against his name.  He’ll have to beat the very fit and in form  Jacquinot Bay who has won his last three starts.

Race 7, the Group 2 Autumn Stakes for three year olds looks like a match race between Hong Kong Captain and Profit Share, both having recent wins under their belts.

The feature race is the Group 1 CF Orr Stakes run over 1400 metres.  Past winners of this race include Black Caviar, Typhoon Tracy (twice), All Too Hard, Lonhro and Saintly among many illustrious champions of the turf. Last year it was won by Moment of Change.

This year’s edition looks rather uninspiring with the class horses in the field being Happy Trails resuming and  Dissident, whobegan his autumn campaign at Moonee Valley in January to run third in the Australia Stakes behind Mourinho who is also in the field and has to be respected. There are two three year olds in the field – Petrology and Java – who with the weight advantage could steal the show. Java has the distinction of beating Hong Kong Captain two starts back and Petrology at his last start. And Chris Waller also has two runners who wouldn’t surprise with a win considering Waller’s reputation, these being Bagman and Beaten Up.

The omen bet for St Valentines Day is WA mare Real Love who has great form over longer distances, but has won over 1400 metres in the past.  West Australian horses either thrive in the eastern states – Northerly and Marasco are two that come mind – or disappoint like recent visitors Luckygray and Mr Moet. Will Real Love emulate the former or the latter West Australian champs in her sojourn in the east?

There are more Valentine’s Day omen bets running in Sydney, most notably Lucia Valentina and He’s Your Man in the Group 2 Apollo Stakes, which has a much classier field than the Orr Stakes with  Boban, Foreteller, Hawkspur, Weary, Diamond Drille and Silent Achiever being contenders as well.

In fact the race card at Randwick on Saturday is much more interesting than Caulfield’s with classy gallopers like Golden Slipper winner Mossfun resuming from an injury induced spell in the Group 2 Light Fingers Stakes along with Flight Stakes winner First Seal and Thousand Guineas winner Amicus who are also in the race.

After a two year absence due to a tendon injury, it’s good to welcome back the lately lamented Super Cool’s great rival Fiveandahalfstar in the Group 3  Southern Cross Stakes. It being a 1200 metre race he is not expected to win it, but it sure will be interesting watching him in action again.

So the racing scene will be hot this weekend and no doubt the weather will be too. It is forecast to be a humid and warm day tomorrow with the threat of a thunderstorm in the afternoon. Let’s hope that the storm that overtook Flemington on Australia Cup day in 2010 will not be repeated at Caulfield tomorrow.

It’s raining in Melbourne as I write this so who knows how the newly laid  track at Caulfield Racecourse will play.