Today is the longest day of the year for us in the Antipodes and the longest night for those in the Northern Hemisphere. Astrologically Capricorn becomes the dominant sign of the zodiac, which is not a particularly friendly sign to those of us born in fire signs.

In Melbourne it is a warm and sunny day and of course it’s only three days to Christmas. 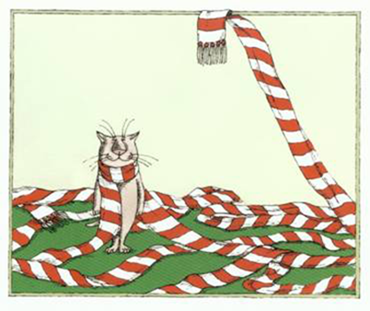 As usual I’ll be going to my brother’s place for the day and leaving the cats to their own devices. They no doubt will be alarmed by the absence of their slave, but I’ve arranged for a neighbour to attend to their needs in the evening.

More Christmas cheer was to be had at Flemington last Saturday, which I attended to see how my new camera handled the racing scene. 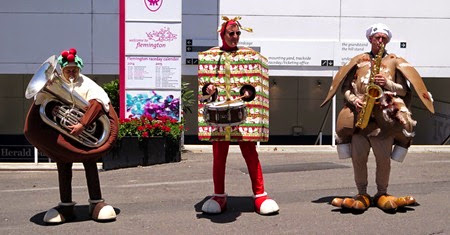 …and the Makybe Diva Statue was bedecked with a Christmas garland 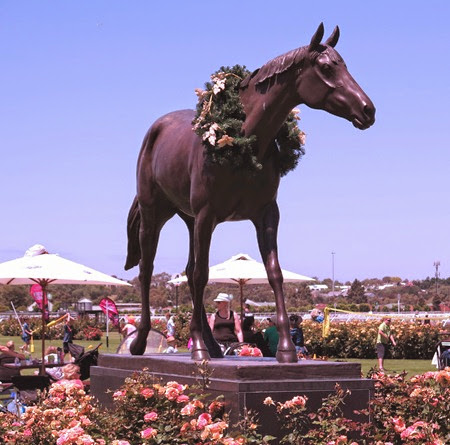 I only stayed a short time – for three races – and only had one bet which was successful. I was pleased when Taiyoo, a son of Haradasun,  easily won the Comic Court Handicap, a race over 2000 metres. He didn’t pay heaps, but financed my short afternoon at the races. 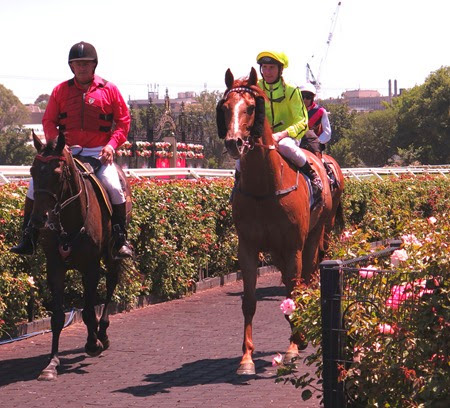 Taiyoo returns to scale after winning the Comic Court Handicap

As for the G16 at the races, it’s a pity that I inadvertently stuffed up the White Balance, somehow setting it to underwater mode instead of auto white balance.

There wasn’t much of a crowd so I decided to expand my horizons at the course and walked up beyond the winning post, where I found a spot that was not obscured by the double fencing that restricts one from taking action shots. The photo below was taken from there. 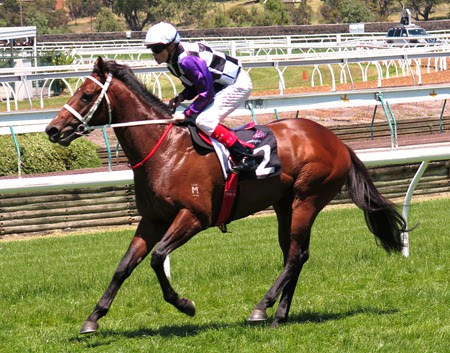 Bascule, winner of the Primacy Handicap returning to scale.

Despite the stuff up with the white balance, I was quite pleased with the G16’s performance and the photo quality. I do however prefer the continuous shooting mode on my Panasonic as the Canon, despite taking very fast shots, has a lag when processing the images after the fact, and doesn’t give you a live view when shooting in that mode.

As the trains were not scheduled to leave Flemington until 4.55pm, I didn’t fancy hanging around till then, so decided to go home by tram. It certainly is a long walk to the tram stop in Epsom Road – good exercise I suppose – but at least I now know where to go in the future should I need to.

The roses were still in bloom, so I paused on my walk to the tram stop to snap a photo of a rose, marvelling at the extent of the famed rose gardens at Flemington, and how much work it must take to maintain them. 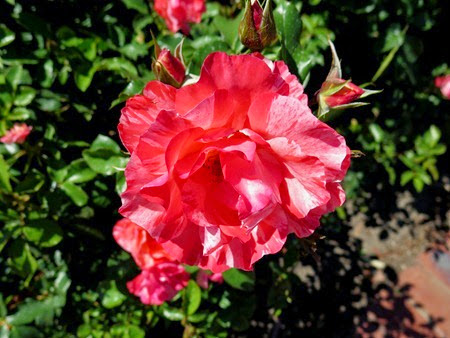 This will be my last post before Christmas, so I wish anyone who reads this a very merry festive occasion.

And a merry Christmas to you too Anne. Hope it's a good one.