The Carnival Goes Out With A Bang–Emirates Stakes Day 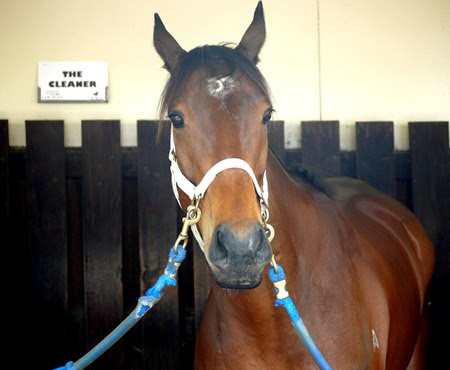 So far this Spring, the three major staying races have been won by horses from three different countries – Cox Plate winner Adelaide is from Ireland, Caulfield Cup winner, the late Admire Rakti was from Japan, and Melbourne Cup winner Protectionist is from Germany – so the Spring racing carnival has gone all multi national these days.

Let’s hope this does not continue at the weekend, and that one or two of our local heroes can win a prestigious Group 1 from a foreign invader.

The first of the Group 1 races is the Darley Classic, formerly known as the Patinack Farm Classic. It’s a sprint over 1200 metres and has attracted a really classy field of crack sprinters including Lankan Rupee, Buffering, new kid on the block Chautauqua, and top Irish sprinter Slade Power.  I daren’t speculate on who will win.

Chautauqua is the current favourite which means Lankan Rupee will be at reasonably good odds for a change.  Slade Power has peculiar barrier manners, that require him to wear a hood until the gates open, and to be loaded last. Racing Victoria has not made many concessions to his eccentricities, so who knows what will happen when they jump.

Tassie hero, the “Lion of Longford”, aka The Cleaner is going for Group 1 glory in the Emirates Stakes, a race over 1600 metres.  Rather than racing against stayers, he faces a field of well performed milers. These include Hooked who won the Crystal Mile at Moonee Valley on Cox Plate day, Hucklebuck who won his last race over 1400 metres  at Flemington a week ago, and Irish import Contributer who is highly fancied and will probably start as favourite.

I’ll be barracking for The Cleaner, who hopefully can run the rest of the field ragged and hang on to the lead to the end. He’ll also be at very good odds, being nowhere near favoured by the Newspaper tipsters.

I’m looking forward as always to going to the track. It will be the last race meeting I’ll attend this year most likely, so god knows what I’ll do on Saturday afternoon from now on.

Emirates Stakes Day, as I discovered last year is a really pleasant meeting, not crowded and pretty laid back.  It’s the pick of the four day Flemington carnival for that reason.