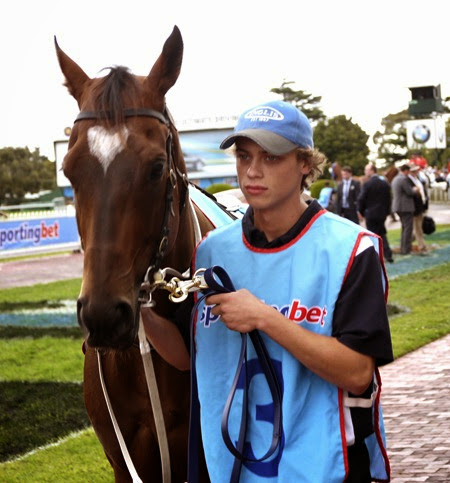 This Saturday Moonee Valley Racing Club hosts the Dato Tan Chin Nam Stakes, a Group 2 race over 1600 metres. Though there is no Group 1 action this weekend, the Moonee Valley meeting has two very interesting Group 2 races, the aforementioned Dato Tan and the McEwen Stakes.

I have been attending this meeting for over ten years; in fact for many years it was the only race meeting I went to at all.

Over the years it has changed complexion, and different races were run. Up until 2009 the Manikato Stakes was the feature race, but that is now run Cox Plate eve.

Also up to this year  there was the W H Stock Stakes a Group 2 race for mares, but that has been moved as well to the Moir Stakes night meeting later this month.

And this year the Dato Tan race meeting has been moved back a week, which has affected the acceptances for the feature race. Normally horses contesting the Memsie Stakes would run in the Dato Tan, but now the natural progression will be to go to the Makybe Diva Stakes, formerly run on this date, but now moved forward a week.

So it’s lucky that horses of the calibre of Lankan Rupee, acknowledged as the best sprinter in the world, will be competing on Saturday, otherwise I wouldn’t have bothered to attend.

Lankan Rupee will be starting his spring campaign in the Group 2 McEwen Stakes and will no doubt start hot favourite.  Dubbed the “horse with a heart”, due to the distinctive heart marking on his forehead, he is also known as the “love” horse by others. Gone are the days when you could get good odds on him, as you could in the autumn, so he’ll be at unbackable odds tomorrow.

I can’t really see him being beaten, but fighting out second place will be eight other contestants chief among them being the filly Eloping and New Zealand horse Cauthen, thrown in at the deep end for his first start in nine months. He was also nominated for the Drummond Golf Stakes, but failed to make the field.  Others with a place chance are Our Nkwazi, Angelic Light, Orujo and Unpretentious.

The Dato Tan Chin Nam Stakes generally attracts an interesting field of middle distance and long distance stayers starting their spring campaigns on their way to hopefully greater glory in the big cups and the Cox Plate. As previously mentioned, I have been going to this race meeting for over 10 years and have seen the stars of the turf of the day in action. I witnessed Northerly and Sunline racing against each other for the first time in 2001 in the Feehan Stakes as the Dato Tan was known then. Northerly overcame Sunline in the straight and won by a short margin.  I also saw Makybe Diva race twice in the Dato Tan, running second each time before going on to win her second and third Melbourne Cups in 2004 and 2005.  It certainly was something to see her burning around the outside of the field from the 600 and just narrowly missing out on a win.

This year’s Dato Tan has the current Melbourne Cup favourite in the field. The Offer won the Sydney Cup by almost 4 lengths, so it’s no wonder he is favourite. He’s trained by Gai Waterhouse who also trained last year’s Dato Tan and Melbourne Cup winner Fiorente. Looking at The Offer’s form, he obviously performs best over longer distances, but as proved by Fiorente last year a genuine stayer can still win over the 1600 metres.  By all accounts he’s a really good looking horse, so I’m keen to see him in the flesh.

His main opposition comes from crowd favourite The Cleaner, a speedy front runner with fitness on his side. If you follow Astrology his name is perfect for the zodiac sign of September – Virgo. Attributes of the sign of Virgo include  a compulsive need to tidy and clean. They’re handy if you’re having a party as they’ll do most of the clearing up for you at the end of the night.

Also in the picture is Star Rolling who won the PB Lawrence Stakes at long odds a fortnight ago. However, there is a hoodoo on PB Lawrence Stakes winners, as the the last four or five winners have failed to win again through the season, e.g. Puissance de Lune last year.

Old tried and true campaigner Foreteller is part of the field, and though he has not won a race for over a year, he occasionally springs a surprise.

Others with a chance are Lidari who finished second in this race last year and Mourinho who recently won at Moonee Valley over a similar distance.

In Sydney, the Randwick race card is much more interesting than what is on offer in Melbourne, with a host of horsey stars resuming in various choice Group 2 races.

The first of these is the Furious Stakes where Blue Diamond Stakes winner Earthquake kicks off her spring.  As usual Sydney has been wet so the track will be slow,  a condition Earthquake does not handle all that well and led to her defeat in the Golden Slipper. Still, she’s a very classy filly and wasn’t beaten by all that much in her only loss. Her greatest opponent in the Furious Stakes appears to be dual Group 1 winner Peggy Jean who has good wet form.  Alpha Miss, Winx and Memorial look the best of the rest.

The Group 2 Chelmsford Stakes is the feature race on the Randwick card and has attracted an outstanding field that include Sacred Falls, Royal Descent, Hawkspur and Criterion – all Group 1 winners with wet form. It is run over 1600 metres so suits middle distance runners and stayers.  It’s hard to pick the winner as any of the above could take home the prize.  Whatever, it is the race to watch on Saturday.

And finally for the Sydney racing scene I will make a point of watching the Group 2 Tramway Stakes (1400 metres) where Oaks winning mares Kirramosa and Rising Romance are in the mix along with Storm Queen Stakes winner Lucia Valentina in a big open field.  Top weight Tiger Tees will be gunning for a hat trick of wins, if he can defeat the likes of Weary and the aforementioned mares.

To finish this entry, the latest news on two former queens of the turf.

Black Caviar is expected to drop her first foal this month, an event that will no doubt be reported in the news headlines.  Will it be a colt or a filly? Check out this recent video shot at the secret location where she is waiting to give birth.

The other star mare More Joyous had her first foal (by star British horse Frankel) in early August – a chestnut filly.  There are photos of the filly here.