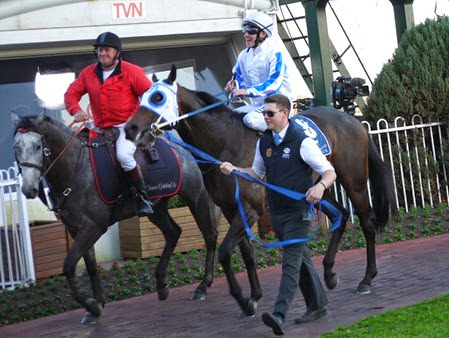 Dissident returns to scale after winning the Memsie Stakes, an elated Ben Melham in the saddle

It was the second last day of winter and Melbourne put on a splendid bright and sunny day for the first Group 1 race of the Spring racing season, and made it a pleasure to be outside at the track.

The racing was excellent as well with exciting competitions that resulted in most cases with longshot winners.

I arrived at Caulfield at around 1.40pm, with plenty of time up my sleeve to wander around the stalls area before the fourth race.

Quite a few of the star horses had already arrived, including Boban… 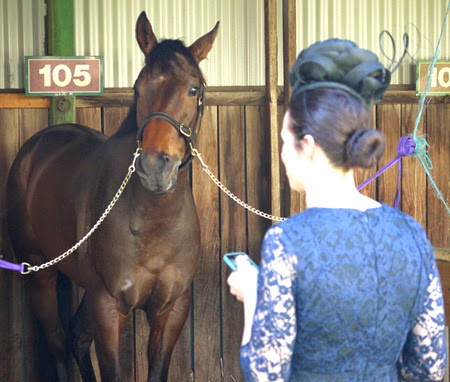 Boban in his stall 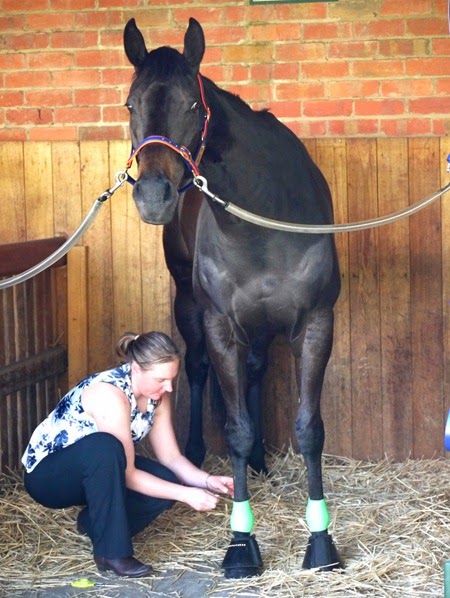 And I was pleased to catch up with my old favourite Super Cool and his strapper Jade, who kindly posed with him, mentioning that he loved having his photo taken. 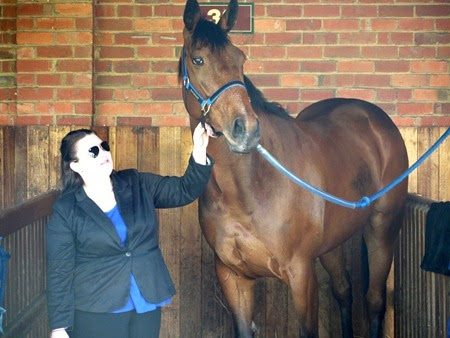 Deciding to not to have wager on Race 4, the HockingStuart Handicap, I climbed up the hill to watch the race and take pictures of the finish from that vantage point.

The next race on the card was the Group 3 TheShark.Com.Au Stakes, a 1100 metre sprint, so I wandered to the public lawn, pausing to place a few dollars on Flamberge, who was at pretty good odds of 8/1. Vain Queen started as the favourite, but only managed to run fourth.  I was understandably delighted when Flamberge got home the winner. He financed the rest of my afternoon at the races.

I viewed the runners in the mounting yard… 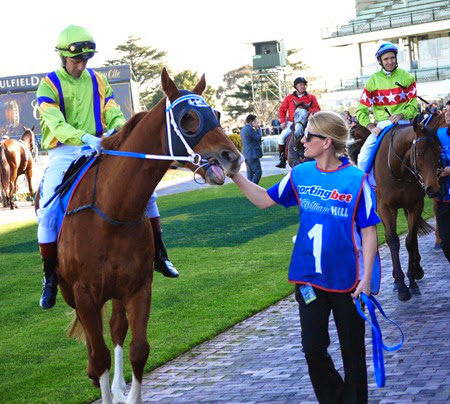 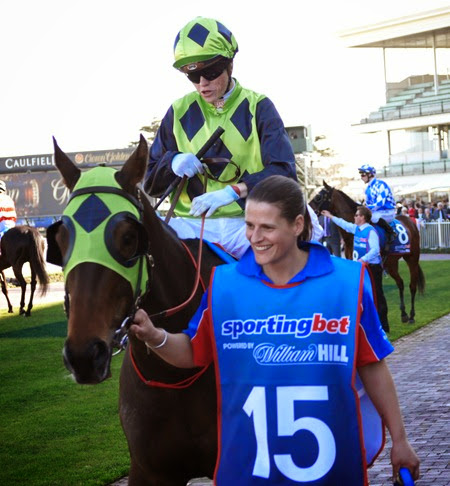 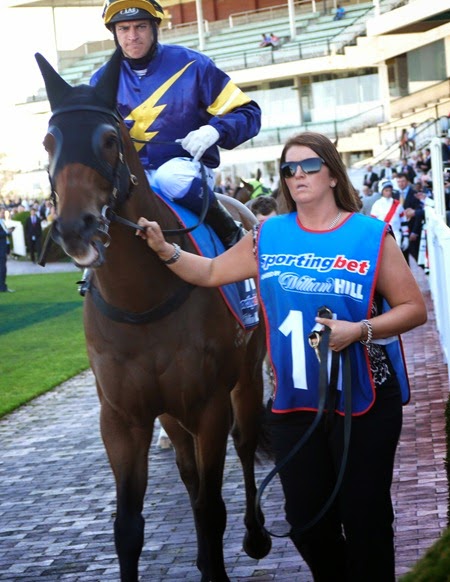 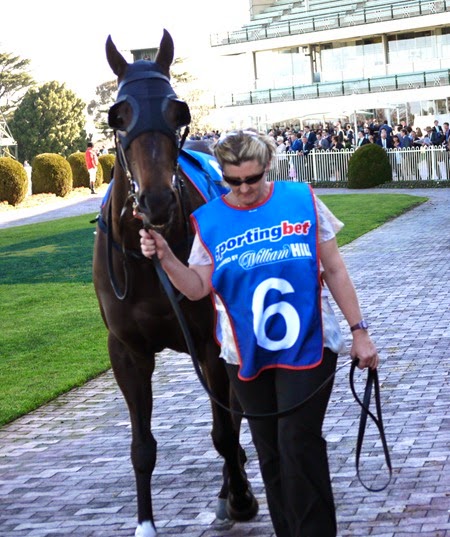 Race 6 was the Group 3 HDF McNeil Stakes for three year olds, and  Novel Dancer, the sole filly, was the favourite, but finished last. I decided to put my money on Tan Tat Diamond as his form didn’t look too bad and his odds were good. A mistake, as he ended up running eighth.  The very handsome Chivalry came from the back of field to overtake the leaders and won on the line narrowly from Nordic Empire with Awesome Rock a short half length third. 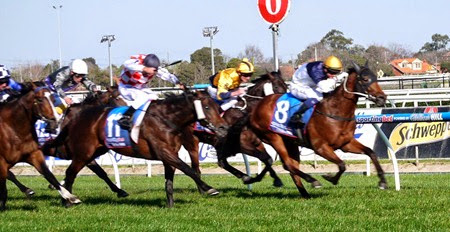 Chivalry just coming into the picture is about to overtake the leaders up the straight. 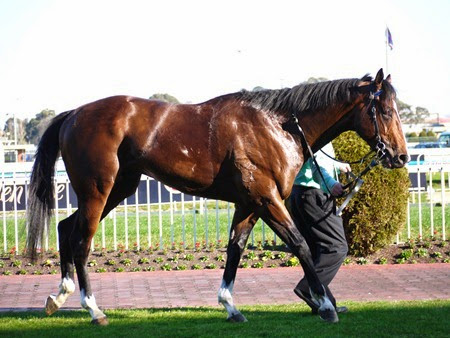 I was really looking forward to the next race, the Group 3 Cockram Stakes for mares and seeing how Commanding Jewel would fare. She’s a lovely looking mare, dark brown, almost black in colouring. Her odds were amazingly good for one of her class, so I hazarded a few dollars on her each way. 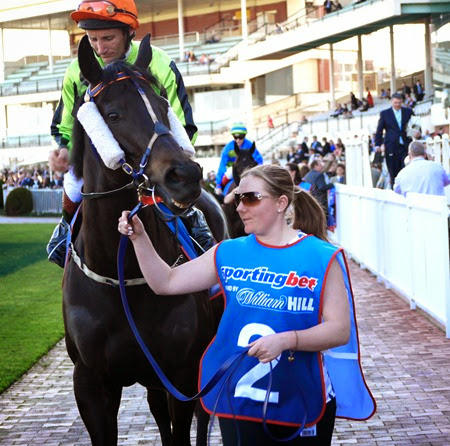 Commanding Jewel in the mounting yard

Gregers started as the favourite and was one of the few favourites to win on the day. Commanding Jewel did well running a very close third just pipped out of second place by A Time For Julia. If she hadn’t been blocked for a run when it counted, Commanding Jewel would have won. 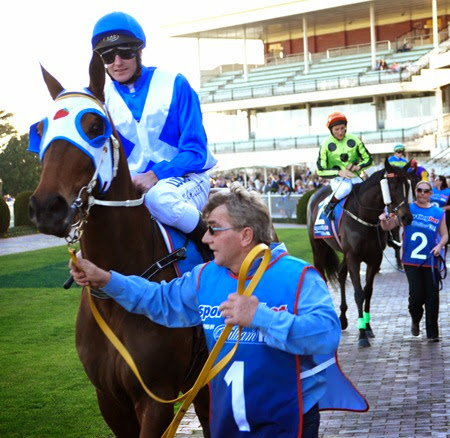 Dear Demi in the mounting yard – she ran fifth 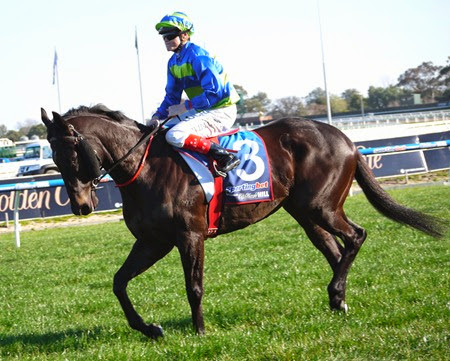 Gregers on her way to the barriers

Race 7 finish down the straight – Gregers is about to overtake A Time For Julia – Commanding Jewel (orange cap) is on the inside.

Memsie Stakes winner Dissident certainly flew under everyone’s radar, romping in at long odds, winning by 2½ lengths from Sweet Idea. Trained by Peter Moody, he has been rarely seen in Melbourne, doing most of his racing in Sydney, where he won the Group 1 Randwick Guineas earlier this year. The favoured Moody runner was Moment of Change who I thought was a top chance. He finished last, after racing on the speed through most of the race. What happened?

Boban was the favourite, but he was forced to race three wide throughout and only managed to come fifth. Puissance de Lune showed great improvement from his run in the PB Lawrence Stakes (where he ran sixth) finishing in third spot. Sterling mare Silent Achiever ran fourth, and Super Cool, having his first race in almost a year, and not really expected to win, finished second last. 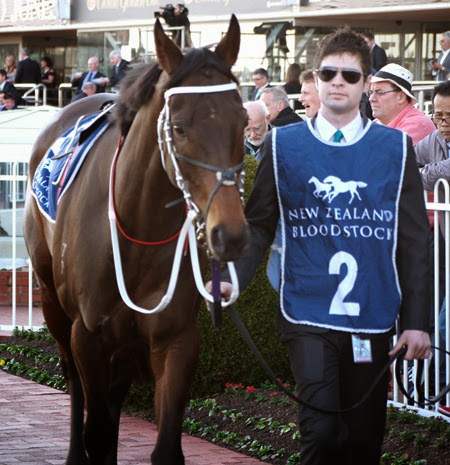 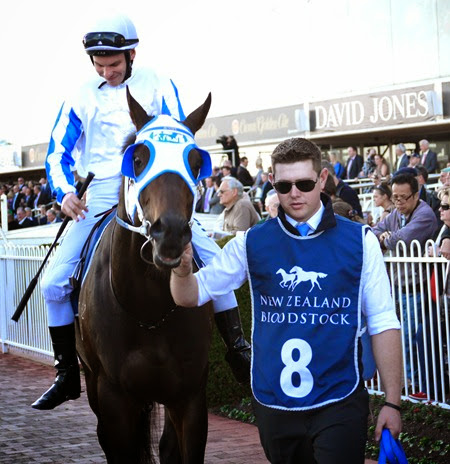 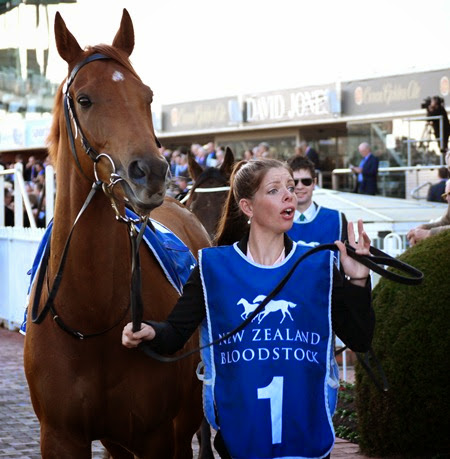 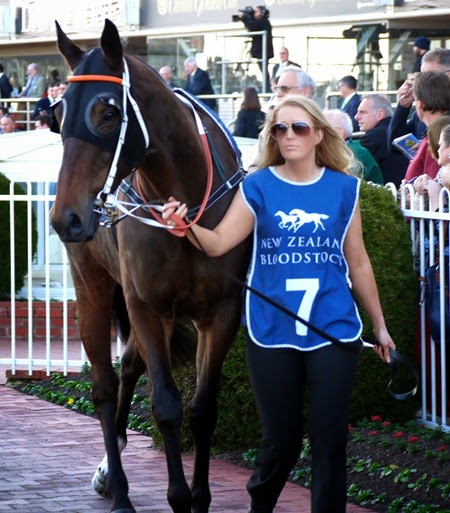 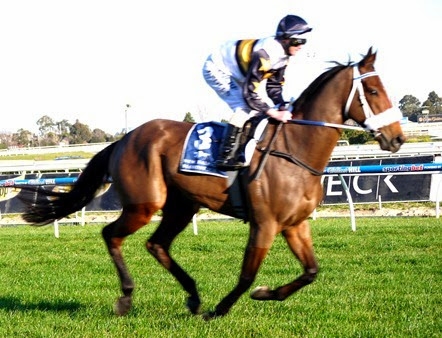 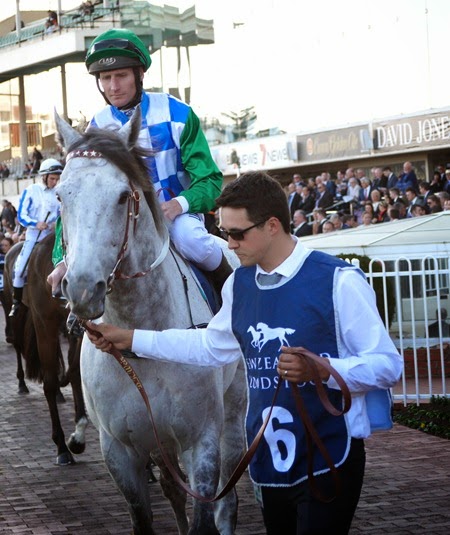 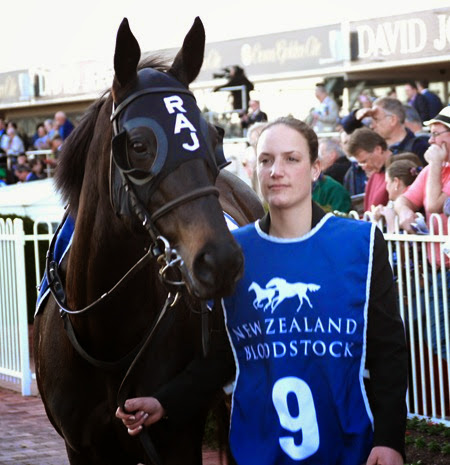 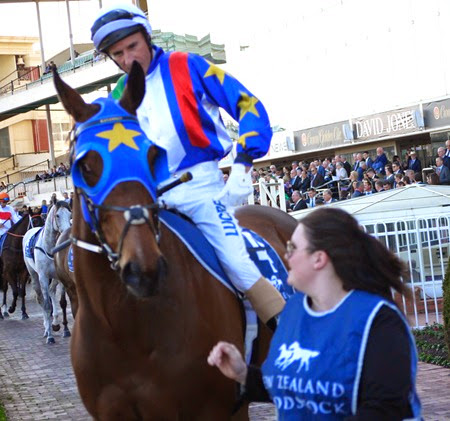 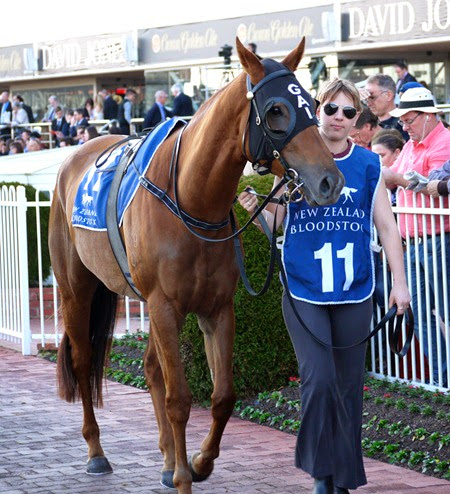 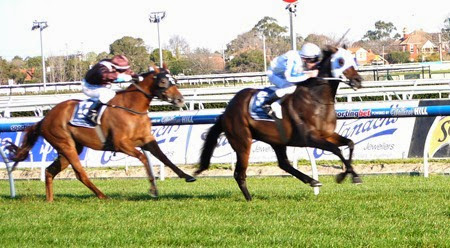 I didn’t hang around after the Memsie Stakes, deciding not to stay and watch the last race. It was getting on for 5.00pm and the cats at home would be getting anxious for their dinner, as Talya insists on being fed at 4.00pm.

Next week the local racing action is at Moonee Valley and offers some star attractions such as Lankan Rupee kicking off his spring campaign in the Group 2 McEwan Stakes, and current Melbourne Cup favourite and Sydney Cup winner The Offer running in the feature race, the Dato Tan Chin Nam Stakes. Also likely to be at Moonee Valley on Saturday is New Zealand colt (now 4 years old) Cauthen who has the distinction of beating 2013 Caulfield Guineas winner Long John and 2013 Cox Plate winner Shamus Award on this course at this time last year. He’s been missing in action for almost a year, having suffered an injury that sidelined him during the interval.