Sweet Is The Melody – Iris DeMent Sings the Delta 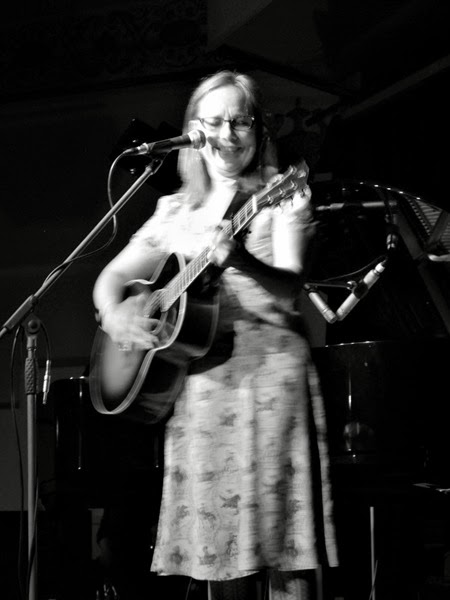 You could almost imagine that you were somewhere in the deep south of America on Thursday evening at Thornbury Theatre, so transforming and evocative was the wonderful concert performed by Iris DeMent.

The grandiose ballroom was packed to the chandeliers with the sell out crowd, but we all experienced the show as if we were sitting in Iris’s living room. Such was the intimacy of a rare night in the company of an unique American singer songwriter.

I first saw Iris DeMent live in 1998 at the late lamented Continental Cafe in Prahran, so was delighted when this tour was announced, and booked tickets as soon as they became available.

The show opener was Australian Country artist Catherine Britt. I have not previously seen her perform, so was interested to see how she came across. Quite well, actually. She gave us a sweet set of 7 of her own compositions, including Charlestown Road, A Good Few Years and standout Sweet Emmylou, Catherine’s tribute to Emmylou Harris. I remember my surprise when Iris DeMent first walked on stage at the Continental all those years ago. She was unassuming, dressed simply in shirtmaker dress, in fact she appeared quite dowdy. But as soon as she opened her mouth all those impressions were swept away in the glory of her unique voice.

This time she was wore a short sleeved dress in a cowboy print, and cowboy boots. She is not in least photogenic, but I doubt that she cares. It’s the music and the words of her songs that count for everything.

Iris began her set with Makin’ My Way Back Home, a song, from her latest album Sing The Delta, which is an exquisite collection of soulful songs inspired by the place where she grew up in the Arkansas Delta.

She performed quite few songs from the new album, Mama Was Always Tellin’ Her Truth, the title track, Livin’ On The  Inside and several others, but she covered songs from her four previous records as well, singing well loved tunes like Sweet Is The Melody,  When My Morning Comes Around, Easy’s Gettin’ Harder Every Day and No Time To Cry.

For the most part Iris accompanied herself on the piano, which gave the concert a somewhat churchy tone –hallelujah – playing to a hushed and respectful audience.  One of the highlights was her rendition of the song that is played during the credits of the Coen Brothers film True Grit. Iris recorded Leaning On The Everlasting Arms on her gospel album Lifeline, and informed us that when she received the request for permission to use the song, she had forgotten all about it.

Another song, Like A White Stone, one I had not previously heard, was inspired by the works of Russian poet Anna Akhmatova, and the words of the song are rendered directly from Akhmatova’s poem.

Iris DeMent gave generously of her time and performed 19 songs in all including the encore where she sang three songs, two of them being her best known “hits” My Life and Our Town. The latter song was famously played in the closing moments of the last episode of the TV series Northern Exposure.

It was simply wonderful to see Iris DeMent live in concert again after a hiatus of fifteen years. Her music is good for your soul, sweet to the ears, and emotionally engaging.  She is a treasure beyond compare.

Check out this video of a much younger Iris DeMent singing Sweet Is The Melody..