Passing Time In The Room…

When I purchased my iPad earlier this year, I set about investigating all the apps that are available to load onto it. There are many to choose from, in fact one is quite spoiled for choice, so vast and varied is the selection.

However, as my iPad has only a 16GB capacity, I can’t go overboard, and besides I’ve noticed that many of the apps I downloaded earlier in the year, I have not opened for months.

I must admit I have become addicted to my iPad, and find it a wonderful way to kill time. I check out the news every morning, as well as Facebook, Twitter and various horse racing, music and book sites.

But what has been occupying my time since last Thursday is the iPad game The Room 2.

The first game, The Room, was voted the top iPad game for 2012, and having played it I can confirm that it was well deserved. It’s a wonderfully engaging, spooky puzzle box of a game, that lends itself to the iPad perfectly, in fact it was designed specifically to run on the platform. 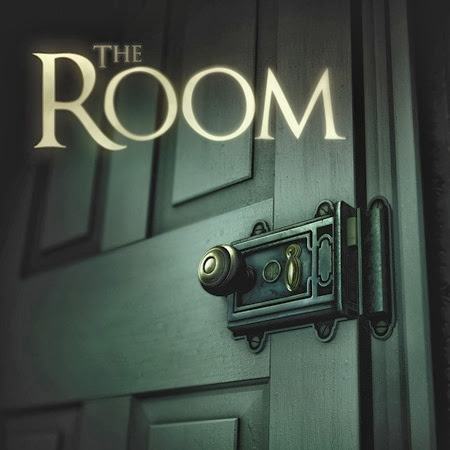 Described as “a mind-bending journey filled with beauty, peril and mystery in equal measure…you are transported into a unique space that blends spellbinding visuals with intriguing problems to solve”

Needless to say I was sucked in by the first game and was keen to get stuck into the second, so purchased and downloaded it on the day it was released. 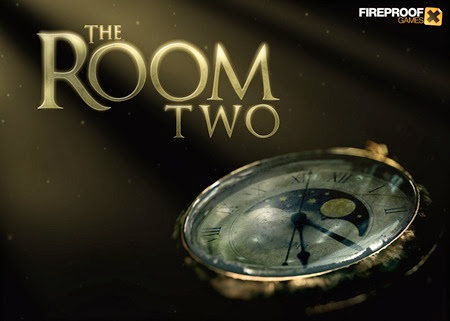 The Room 2 is just as enjoyable to play as the original, and being familiar with the environment from the earlier game, I find the second game to be even more intriguing and addictive.

The good thing about the games is that they are not mindless shoot em ups, but require you to think and explore the 3D environment for clues to solving various devious puzzles. Finding one object locked away in a drawer unlocks another part of the mechanism you are trying to open. The mood of the game is rather spooky, but the images are rendered in such exquisite detail that you can almost feel the texture under your fingertips. Other puzzles require you to use the so called '”eye piece” which gives you access to another more mysterious dimension beyond the physical.

The point of the game, if there is one, is to follow the trail left by a person known only as A S who leaves various mysterious notes, giving clues as to how to go about it.  The gizmos and machines once unlocked move you closer to the path you must follow. In The Room 2, more rooms open up with more machines and objects to puzzle over. The original game took place in only one room.

So far in The Room 2, I have reached the third chapter without having to refer to a walk through, so I’m pleased with myself at having come so far. There’s an intellectual satisfaction to be gained from solving the puzzles and moving on. There’s no imperative to speed through the game, other than curiosity as to its conclusion, so I’m savouring the game and taking my time exploring the rooms and objects as I come across them. In fact, I’m enjoying it so much I don’t want it to end. 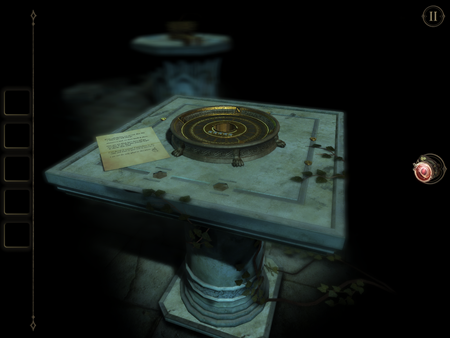 A mysterious mechanism in The Room 2, with note from A S. Artwork from Fireproof Games.

Of course the game I am most eagerly awaiting is Tesla Effect, the new Tex Murphy computer game. It won’t be released until next year, but from what I’ve seen, or from what Big Finish Games have chosen to reveal, it looks as if it could be very special. In the meantime, I’m happy playing the clever concoctions of Fireproof Games.

Glad you are having fun, sadly I am app-free. Good to see Tesla getting a guernsey somewhere.
x x

This made me laugh Anne. I have had my iPad for over 2 1/2 years now - and in fact just got the iPad Air which I'm loving. I too am addicted to it - nearly three years down the track and I still barely go anywhere without it. I don't play a lot of games however - mainly Words with Friends. Great way of keeping in touch with children who don't live in my town.

My 93 year old Dad has got my old one. He's never shown any interest in computers (though Mum has one) but there's info now available on apps that he can't get through old sources (like the newspaper). Full cricket score-cards is one, and Stock exchange info is another. It's a huge learning curve but he's motivated and is slowly picking it up.

It's important I reckon to keep up with modern communications technology as we get older.

iPads are just so useful and handy to have and don't weigh a ton if you're traveling. Don't know what I did without one. Actually I do, I read books every morning where now I play with the tablet.