All The Pretty Horses – Derby Day at Flemington 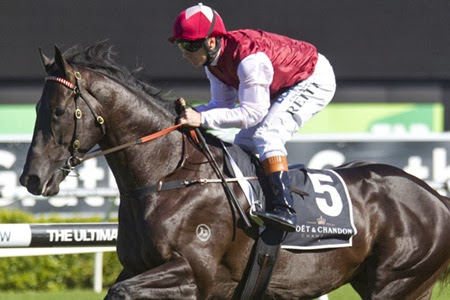 Flemington this Saturday launches its Spring racing festival, the first of four big days of first class racing, and what a fantastic line up there is on the cards. Every race is at a Group level and includes four Group One contests.

The feature race of course is the Group One Victoria Derby, where a field of sixteen young stayers will be vying for a share of the $1.5 million in prize money.  It’s a funny race, in that it is not all that surprising for a long shot chance to win it.  And remember the race is run at Flemington, where recently favourites have not been particularly successful.  However, in assessing the form, you have to consider the favourites; Savvy Nature who won the Mitchelton Wines Vase at Moonee Valley last weekend,  Complacent who won the Spring Champion Stakes at his last start,  Criterion who ran second to Complacent on that occasion, Polanski who won the Norman Robinson Stakes and runner up in that race San Diego, all have form on their side.  Savvy Nature, Complacent and Criterion have all drawn wide gates, which may prove disadvantageous, but in a distance race may not make much of a difference at all.

The Derby is run as the seventh race on the program, but before that happens, there are two other Group One races, the first being the Coolmore Stud Stakes, a race over 1200 metres for three year olds. The top pick is Golden Rose winner Zoustar, racing in Melbourne for the first time.  Also in the picture is Fast N Rocking, Divine Calling, Lion of Belfort and smart Queensland filly Missy Longstocking.

The Mackinnon Stakes is the last chance for horses who have not qualified for the Melbourne Cup to gain an automatic start. It is run over 2000 metres. Those vying for a place in the Melbourne Cup are pitted against already qualified horses like Dear Demi, who has a good chance of winning this race. Also in the picture are Jet Away who finished fourth in the Caulfield Cup and needs to win to gain entry to the Melbourne Cup. Solzhenitsyn last seen winning the Toorak Handicap has not won beyond 1600 metres, but if he can manage 2000 metres is a top chance.

The Myer Classic is run after the Derby and is a 1600 metre Group One race for fillies and mares. Two of my favourite mares Red Tracer and Catkins are entered in this. Red Tracer has slightly more class than Catkins, but has yet to win over a mile. Catkins handled the mile at Moonee Valley last weekend with aplomb, so has a decent chance to win her first Group One.  Her main opposition will be from Red Tracer naturally, and also Fire Up Fifi, Sharnee Rose, Molto Bene and New Zealand mare Zonza, who are all in good form.

I am heartily glad that the VRC has not followed the example of MRC and MVRC in staging its feature race last, so it won’t be such a tiring day at the track. All the Group One races are run consecutively from 1.30pm, so I envisage arriving at the track at around 12.45 pm.

With a fine and sunny forecast, there is sure to be a huge crowd in attendance, so I hope my familiarity with the Flemington layout will enable me to obtain a good view of the races, and snap a few photos.