The State of the Union – Cats & Flowers

It has been a while since I last wrote about the cats, and I’m pleased to report that in the main, peace rules most of the time. 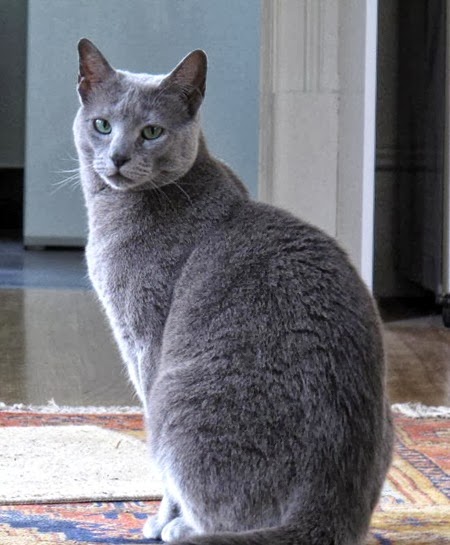 Talya in the kitchen

Talya has now been with us for nine months and acts as if she has lived here all her life. She’s certainly leading a more interesting life than she lived before, as she enjoys having trees to climb, and flies to chase. Sometimes Pickle, the old female cat from up the road is cruising through and war is declared. Talya and Pickle, as soon as they meet, launch into a screaming match, but obviously no blood is shed as Talya returns from such encounters unharmed and unalarmed. They have been observed by the next door neighbour sitting companionably in close proximity in his backyard. 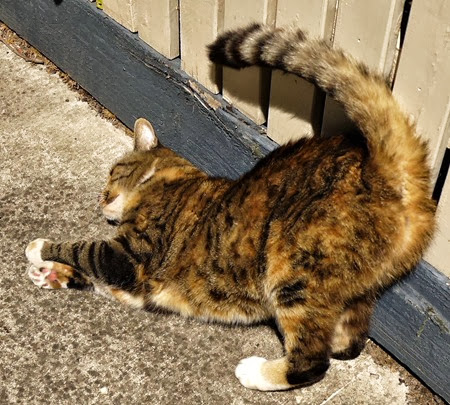 Pickle in the street

When I encounter Pickle in the street, she is super friendly and turns herself upside down for a pat, but she is standoffish if I approach her in our backyard and doesn’t know whether to hiss or meow.

As for Willy, he has taken to spending most of his time  indoors these days, sleeping on the bed. Talya spends most of her days there as well, at the other end of the bed and both cats seem unperturbed by the closeness. However, when they encounter each other in a doorway, or in the hall, or out in the garden, there’s friction and they tread very carefully – you know, the slow mo walk as if the other cat is going to jump them if they move too fast. 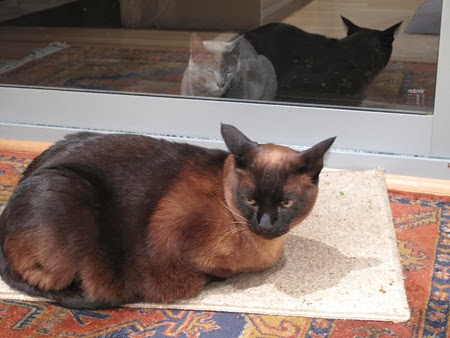 Mirror image – Talya outside on the step, Willy guarding the door.

The other evening Willy was on his way outside and Talya as usual was stalking him.  Normally he just ignores her and carries on, but this time he turned around and glared at her. She glared back and growled then hastily retreated and took shelter behind the stem of the honeysuckle vine when he took a step towards her. We thought for a moment that he was going to attack her, but he just arched his back and gave her a look that said “fuck off and stop following me”, and strode off. Talya slunk meekly back into the house, having lost that round. 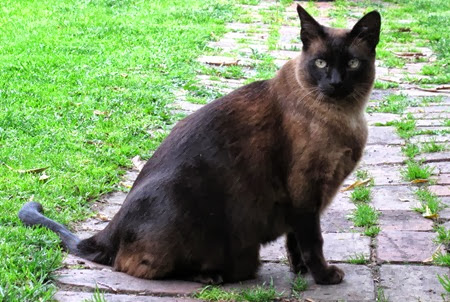 Willy in the back garden

Willy has to be the most accident prone cat I’ve ever known. Several months ago he managed to badly cut the rear end of his tail. It obviously hurt, because he found it painful to sit on. That was attended to by the vet and stitched and the area shaved for ease of access during the operation. Finally the fur has almost completely grown back, though he did look peculiar for months. Then about a month ago, he somehow detached a claw from its socket. It happened on a Friday afternoon, so it meant a visit to a 24 hour vet and an overnight stay to have the claw removed.  As you can imagine it cost a fortune.  Touch wood, he’s been free from wounds since the last catastrophe.

As for the flowers of spring, the fruit trees failed to blossom again this year, as the possums eat every bit of new growth as soon as it emerges. Several years ago the plums, figs, loquats and pomegranates were laden with fruit, but it seems that sort of bounty is gone forever as the pesky possums only think of the present state of their stomachs and deny themselves a fruitful future. In fact, the fruit tress, which should be lush with foliage, look sparse and ragged. We’re hoping the possums will eat themselves out of their home turf and move on to more bounteous pastures, but I’m not holding my breath.

However, there are some plants the possums don’t fancy, such as the orchid, which this year has produced the best blooms of all time with eight spikes of flowers. 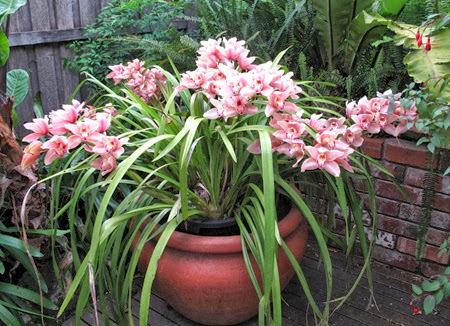 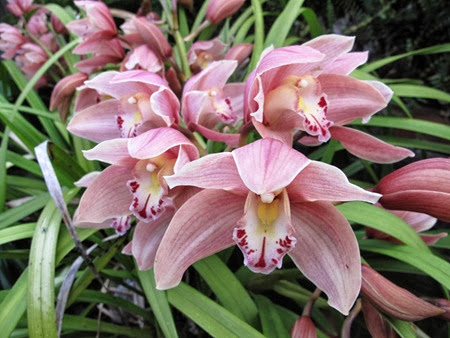 There’s also this shrub up against the fence which was donated by B’s cousin as he couldn’t get it to grow in his garden. He doesn’t know what it is called, neither do we. It likes shade and has serrated leaves and produces masses of pale mauve flowers in spring, and is really pretty. 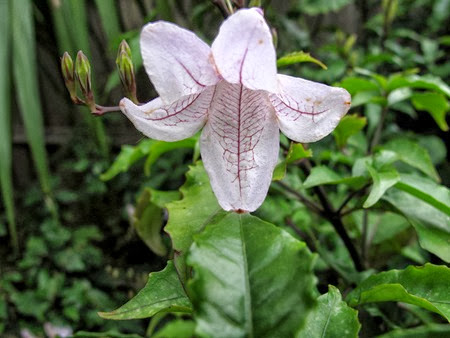 I realise I haven’t written about music for ages. That’s mostly because I have hardly listened to anything for months, and have not attended any live shows since autumn.

I am however going to a concert this Wednesday at the Foxtel Festival Hub, a pop up venue on the banks of the Yarra River. The artist is Caitlin Rose, whom I have seen before when she initially toured  here in 2011. Henry Wagons is playing as well, so it should be an entertaining evening.

The wonderful Iris DeMent, is touring in December, so I’ve got myself a ticket to that as well.  Iris DeMent, if you have not heard of her, has a unique voice, and also is a great songwriter. Her latest CD Sing The Delta is exquisite. I saw Iris many years ago at the late lamented Continental Cafe, so am really looking forward to the rare pleasure of seeing her perform live at Thornbury Theatre.