Staying The Distance – The Turnbull Stakes 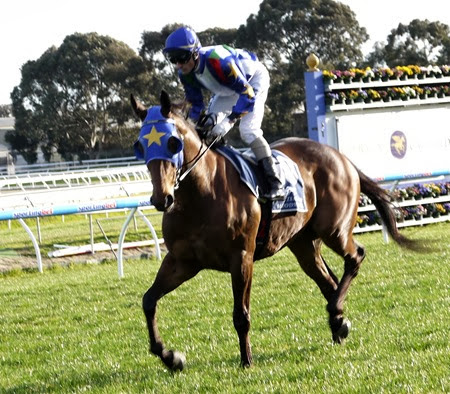 Coming up this Saturday are four Group One races, three at Randwick in Sydney, and one – the Turnbull Stakes – at Flemington.

You can tell it’s getting closer to the big three races, as the distance in the major races lengthens.  The Turnbull Stakes is contested over 2000 metres, and will hopefully offer some enlightenment as to likely chances in the Caulfield and Melbourne Cups, as well as the Cox Plate.

Thirty one horses were nominated for the Turnbull Stakes and a full field of 16 acceptances plus 4 emergencies has been assembled.  Several of my favourite black bookers are part of the field – Super Cool for one, and Puissance de Lune for another. There’s also a group of very classy Sydney horses – Hawkspur, Royal Descent, Glencadam Gold and Fiorente principally, and the usual suspects of Manighar, Happy Trails, Mr O’Ceirin and Dear Demi. One interesting runner is Jet Away, former UK stayer, now with the David Hayes stable.

I’m of course hoping that either Super Cool or Puissance de Lune will win, but whatever eventuates it is sure to be a fascinating race.

There’s quite a good support card at Flemington with 10 races in all scheduled. Fortunately the VRC has not followed Moonee Valley and Caulfield in running the feature event last, so the Turnbull Stakes will happen around 4.25pm.

At Randwick, Sydney’s spring racing carnival all happens on one day, with three Group One races on the cards.

First up you’ve got the Flight Stakes for three year old fillies run over 1600 metres.  A small field of 6 fillies will contest it. Multiple Group One winner Guelph appears to have the race at her mercy, having returned from her winter break in excellent form.  She did however lose out to Bound For Earth in her first up run in the Furious Stakes, though turned the tables on her in the Tea Rose Stakes at her last start. Arabian Gold ran third in the Tea Rose, so will probably be in the finish again, having excellent form in the autumn on slow tracks.

The Epsom Handicap is also run over 1600 metres, and is open to all comers. Looking at the form, there appear to be a number of top chances. The Chris Waller trained Boban, Riva de Lago and Sacred Falls are all sure to be in the picture somewhere. But Streama who won the George Main first up, is the one to beat. Gai Waterhouse has a high opinion of her runner Ecuador, and Rekindled Interest, who has been missing in action since running last in the 2012 Cox Plate, could have a chance judging by his close second at his first start this spring.

One for the stayers, the Metropolitan Handicap is run over 2400 metres, and has attracted a field of mostly imported stayers. Top picks are Moriarty, Julienas and Prince Cheri who all have won at their last starts.

There are any number of Group 2 and Group 3 races with really interesting fields at both race meetings, but I’m not going to analyse them here.

Of course I’ll be at Flemington on Saturday to witness the Turnbull Stakes and whatever else is happening, camera in hand to catch the atmosphere.

I’ve also entered once again in the Sky Racing’s Star Stable competition. It’s free to enter, challenging and great fun. Fingers crossed for my stable’s first round on Saturday.

First time that have visited this site so glad that have - views are not extremist, are on varied topics and expressed by horse lover - not essentially a punter. Photographs are appreciated esp like those of Super Cool / Atlantic Jewel and Fiorente.

Look forward to pics from Flemington on 5 October.

Rubicon NZ, I'm glad you enjoy my racing posts and the photos that accompany them. thanks for your kind words. Sometimes I think I'm writing to a void, so it's good to get some feedback.

I'm still sorting the Turnbull Stakes day photos, but will post about the day when I've done so.