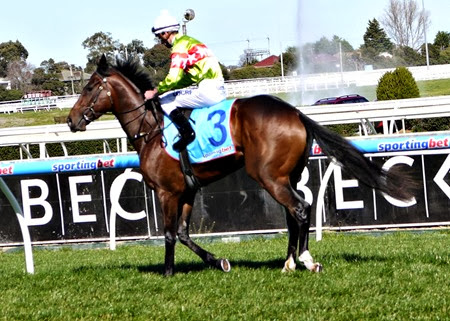 As the Melbourne Racing Club, draws towards its spring finale, the Caulfield Cup – which is only a little over a week away - they host a fabulous day of racing this Saturday, featuring the three Group One races –  Caulfield Stakes, Toorak Handicap and the Caulfield Guineas.

I went to this meeting last year and enjoyed it enormously. It certainly has a considerably better race card than Caulfield Cup day which I will not be attending, though I really will have to go along to it one of these days, as I’ve never seen it in person.

There are ten races scheduled and the Caulfield Guineas is, as is the new fangled way, the last race of the day and will be run at 5.45pm.

But fortunately there is a solid support card that includes the Group Two  Schillaci Stakes and Herbert Power Stakes, the first being a sprint over 1000 metres and the second being a distance contest over 2400 metres.

I intend to arrive at the course in time to see Miracles of Life compete in the Blue Sapphire Stakes. She faces a field of both colts and fillies.  She actually should be at pretty good odds this time, after so far failing to win this spring.  Her greatest opposition comes from colts Safeguard, Iconic and Diamond Oasis and filly Villa Verde. I am not going to make extravagant statements as to her chances of finally cracking a win, but certainly my heart will be with her all the way.

The first of the Group One races on the program is the Caulfield Stakes. It was formerly known as the Yalumba Stakes and has been won by well known champions – last year’s Cox Plate winner Ocean Park, dual Cox Plate winners So You Think, Northerly and Kingston Town, and other notable Cox Plate winners like El Segundo and Bonecrusher - the list goes on.

It was supposed to be a highly anticipated rematch between Atlantic Jewel and It’s A Dundeel, but unfortunately the latter is still recovering from a hoof abscess, so will not compete. Atlantic Jewel will be there with bells on, along with her stable mate Super Cool, who raced last week in the messily run Turnbull Stakes and finished out of a place.  The  small field of six should give Atlantic Jewel all the advantages. Super Cool looks to be her main danger, along with Foreteller and Green Moon who are the other top class horses in the race.  There are those who say Atlantic Jewel is vulnerable over 2000 metres, even though she has won over the distance in the past. The track on Saturday should be in the good to dead range, so she won’t have to plough through churned up turf this time.

The Toorak Handicap is run over 1600 metres, and has a good field of tried and true milers. The top picks are old favourite Linton and last year’s winner Solzhenitsyn. One interesting runner is the French horse Trevieres, having his first start in Australia. He has excellent form in Europe, but whether this will translate to a win in our fair land is yet to be seen. Others with a chance are Speediness and Budriguez, who dead heated with Puissance de Lune back in the autumn.

Sea Moon, after showing his credentials last week with a technical win in the Bart Cummings, gets another chance to take first prize in the Group Two Herbert Power Stakes. He is definitely the one to beat and his main opposition will come from Kesampour and other dour imports Simenon and Verdant, as well as sole mare Let’s Make Adeal.

So, the Caulfield Guineas…

It’s not as cut and dried a race as it was last year, even though All Too Hard surprised everyone with his victory over the hot favourite Pierro in that edition. This year’s Guineas field is wide open with any number of chances.  Sentiment leads me to favour Prince Harada, though there are doubts as to his likelihood of taking out the race. He has stiff competition from the likes of Long John who is the current favourite, Divine Calling who has won his last two starts, Eclair Big Bang who also was a last start winner and Cluster and El Roca who were close up placed against the aforementioned winners. Still Prince Harada, with luck on his side and with Damien Oliver in the saddle, may steal the prize despite not racing for a month, after his failure in the Golden Rose.

The last Group One in the Sydney spring carnival is the Spring Champion Stakes and will be run at Randwick on Saturday.  It was won by It’s A Dundeel last year. It is for three year olds and is run over 2000 metres.  None of the 14 in the field have raced over the distance before though a few, mostly notably Savvy Nature, Complacent, Drago  and Rock Hero have won or placed over 1600 metres and 1800 metres, so are the ones most likely to take home the prize. Anyway, that’s my theory and I reckon the winner will be one of those mentioned above. 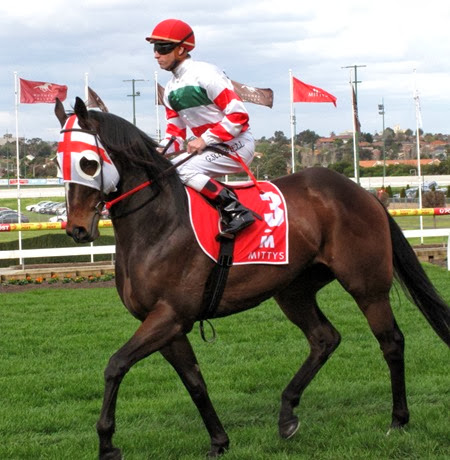 Racing news yesterday reported that champion sprinter Hay List has been retired. About time too, I think, as it has been quite painful and saddening to see him racing of late, trying his heart out as usual, but being unable to find his former brilliance.  I watched his last race the Premiere Stakes last Saturday on a small screen in the Bookies area at Flemington, and he failed to finish the race. I exchanged glances with a fellow spectator of the race, and we both agreed that it was time Hay List was retired.

If the career of super mare Black Caviar had not been contemporaneous with that of Hay List, he would have been the top sprinter in Australia and possibly the world. He chased Black Caviar home six times in all, and put her to the test on more than one occasion. He was the only horse, other than Moonlight Cloud in the Diamond Jubilee Stakes at Ascot, who ever came close to beating her.

I first saw him race at Moonee Valley on Dato Tan Chin Nam Stakes day on 11 September 2010, where he easily won the Group 3 McEwan Stakes. He won the Manikato Stakes that year as well.

He ended up racing 28 times for 15 wins and 5 places.  Three of his wins were at Group One level - but he would have won more if Black Caviar had not been on the scene – two Group Two and Three races apiece, plus six other quality races in Perth, Melbourne. Brisbane and Sydney.

So ends a brilliant career. Here’s hoping he enjoys his retirement, though his trainer John McNair has said that he was horse who was easily bored and enjoyed racing, and grew discontent in the paddock.