The Moon & the Stars – The Underwood Stakes 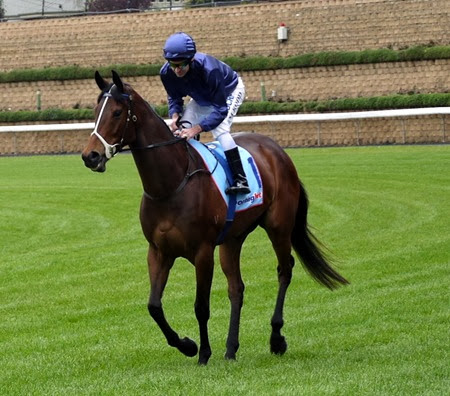 Wow! The excitement is building as the spring racing carnival gathers momentum. Next Saturday Caulfield Race Course features the Group One Underwood Stakes. Run over 1800 metres it has attracted a 5 star field of acceptances, that includes glamour mare Atlantic Jewel aiming for her perfect 10.  Remember what a big deal it was when Black Caviar was gunning for the same number of wins in the 2011 Newmarket Handicap? No doubt if Atlantic Jewel prevails she will well and truly become the ruling star of the turf, if she is not one already.

Caulfield offers free entry on Saturday, so I’ll be there for sure. The feature race is the last on the cards again, but fortunately the most interesting races are towards the end of the day, so I’ll anticipate arriving around 2.00pm, so it won’t be such a long day as the Memsie Stakes meeting.

So, the Underwood Stakes…

My loyalties will be torn again, as along with Atlantic Jewel, other favourites Puissance de Lune and It’s A Dundeel will be contesting the race, making it a truly fascinating competition. Throw in Foreteller who pipped Puissance de Lune in the Makybe Diva Stakes, two more moons in Green Moon and Sea Moon, classy New Zealand mare Silent Achiever and old trooper Manighar and you certainly have a top class race.

It is Atlantic Jewel’s hardest race yet. She will start as the favourite at short odds. It is rare to see horses of the calibre of Puissance de Lune and It’s A Dundeel at odds of 7/1 and 9/1 respectively, so it would be worth putting an each way wager on both, should Atlantic Jewel fall short of expectations, but I fervently hope that she prevails.

Before the feature event there are a two Group Three races and one Group Two.

The first of the Group 3 races is the Sporting Bet Sprint Series Heat 2 Stakes (1200 metres) for mares, which has a nice field of well performed runners. The Sydney mare Catkins has a good chance in this especially if the track is on the soft side. She ran a close second to Commanding Jewel in the Let’s Elope Stakes a fortnight ago. Her main rivals will be Octavia who has a good record at Caulfield, the Darren Weir trained Lake Sententia who has winning form from the autumn, and A Time For Julia who ran third in the Let’s Elope Stakes and has the Peter Moody/Luke Nolen/Caulfield factor in her favour.

The Group Three Naturalism Stakes (2000 metres) has a full field (16) of stayers hoping to qualify for the Caulfield Cup. The winner of this race is guaranteed a start.  It’s a mix of locally bred stayers and imports, so it’s a hard race to call. On form, Brisbane Cup winner Quintessential looks the top pick, along with recent Heatherlie Handicap winner Ibicenco, and Pakal and Mr O’Ceirin who have run places earlier in the season. Also in with a chance is Let’s Make Adeal who ran fourth in the Makybe Diva Stakes.

A group of talented fillies will be fighting out the Group Two Thousand Guineas Prelude over 1400 metres.  You’ve got Quezette Stakes winner Kiss A Rose, the highly regarded Gregers, The Huntress and last start winners Marianne, Politeness and Miracle to Me.

Another Group One race is featured in Sydney at Randwick. It’s the George Main Stakes run over 1600 metres. It has a top field that includes my old favourite Shoot Out who won this race last year.  He’s now seven years old so is getting on in years, but he loves Randwick and has won on the course four times.  He is however up against some really classy runners, such as Doncaster winner Sacred Falls, Queensland Derby winner Hawkspur and ATC Oaks winner Royal Descent, who are all his younger stable mates trained by Chris Waller. Also in the picture is super smart mare Streama  who could well be in the finish and Golden Rose runner up Dissident, a lightweight chance.

Familiar names have aroused my interest in the outcome of the last race on the cards at Randwick. The Shorts is a sprint over 1100 metres and has good old Hay List on his second run back from an injury enforced break. He didn’t do too badly last start, finishing fifth behind Decision Time in the Concorde Stakes, but I fear his best days are behind him, so don’t really see him winning this.  Also part of the field is Manawanui who hasn’t raced since finishing well back in the Doomben 10,000 in May. He was an extremely promising horse back in his younger days winning the 2011 Golden Rose, but he hasn’t won a race since Cox Plate day 2011.  The top pick in the race is Sessions who will most probably fight out the finish with Decision Time, Hidden Warrior and the interesting, but underrated Aeronautical.

So bring on Saturday, it’s exciting stuff. Hopefully the weather will continue to be pleasant and dry as has been case on each race day so far this spring.