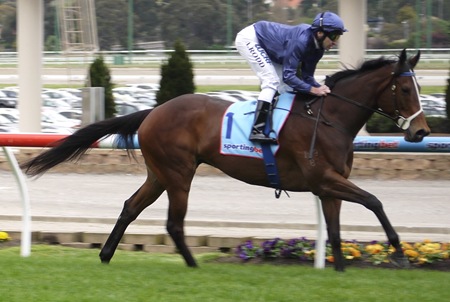 Atlantic Jewel heads to the barriers before the Stocks Stakes

It was another enjoyable outing to Moonee Valley racetrack on Saturday and the weather was kind in the main  – being slightly overcast and mild. And it was worth attending to see Atlantic Jewel easily win her ninth race in succession.

I arrived at the track just as the second race was in progress. I watched it on a small screen in the Bookies area, and didn’t have any money on it. I noted that the winner was Divine Calling, the first of two victories on the day for Gai Waterhouse trained gallopers.

After collecting my free race book – my season’s ticket entitles me to one – and a complimentary drink card, I decided to go and check out the stalls.

Atlantic Jewel and Super Cool were in adjoining stalls, so I could admire and photograph two of my current favourite  horses simultaneously. 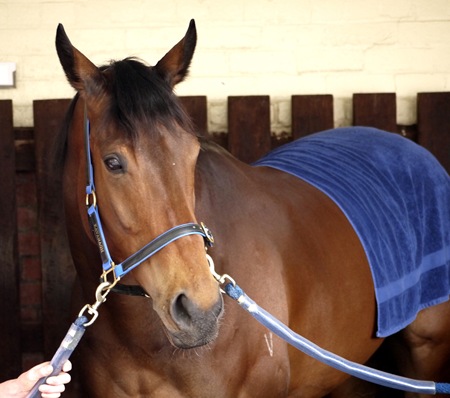 Atlantic Jewel in her stall

Here’s Super Cool (without blinkers for a change) with strapper Jade. 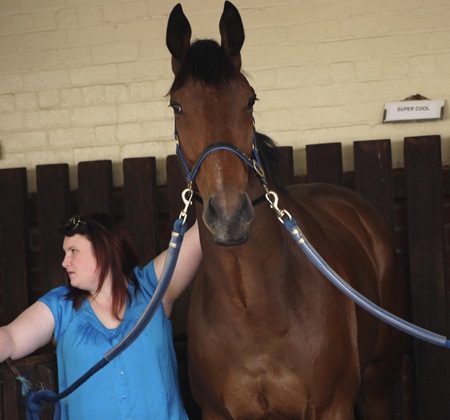 Super Cool in his stall

Whilst I was there, Jade took Super Cool for a stroll up and down the stalls aisle and demonstrated his sweet temperament by getting him to kiss her. 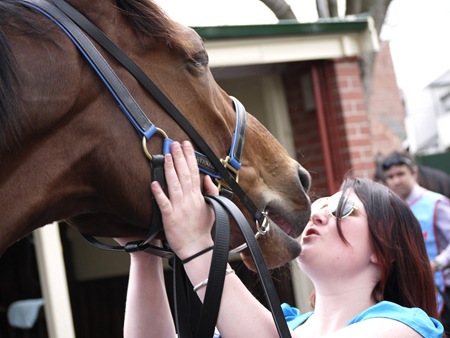 He’s certainly a laid back and good natured horse, as he tolerated the public giving him a pat and was undisturbed by the attention.

Atlantic Jewel looked very well and is a remarkably placid creature as well. She drew quite a crowd around her stall, reminding me of the admirers who would flock around Black Caviar’s stall when she was racing. 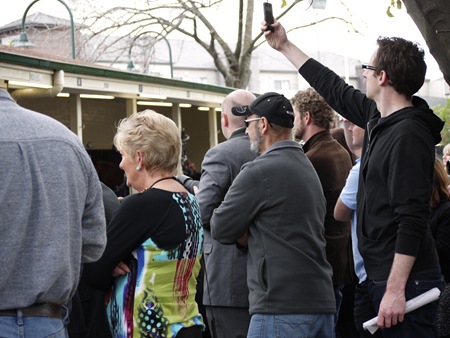 I returned to the public lawn to watch Race 3 the I Print.Com.Au Handicap, a distance race over 2500 metres. I had my money on Picture Editor, but wouldn’t you know it, the Darren Weir trained Gotta Take Care was the winner from Crafty Cruiser, with Picture Editor running third.

Race 3 finish down the straight

Race 4, the Group Two Stocks Stakes was of course one of the most anticipated races on the card. Only 5 runners accepted to run against the current star, with Bec Said No Credit and Fibrillation being scratched on Saturday morning.

Atlantic Jewel looked relaxed and happy in the parade ring. 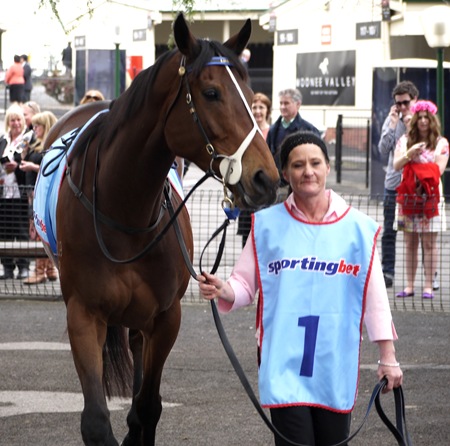 Atlantic Jewel in the parade ring prior to the Stocks Stakes

And a crowd of admirers watched her go round… 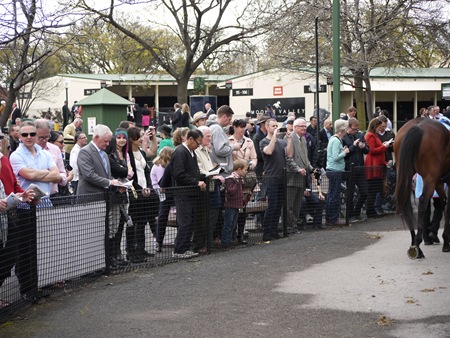 The race itself was pretty much a foregone conclusion even before they sprang from the barriers. Atlantic Jewel raced mid field before peeling to the outside at the 600 and zooming down the straight to win easing down, 2½ lengths from last year’s winner Oasis Bloom.

Atlantic Jewel cruises to victory down the Moonee Valley straight

She returned to rousing cheers and Michael Rodd paraded her trackside so everyone could see her. 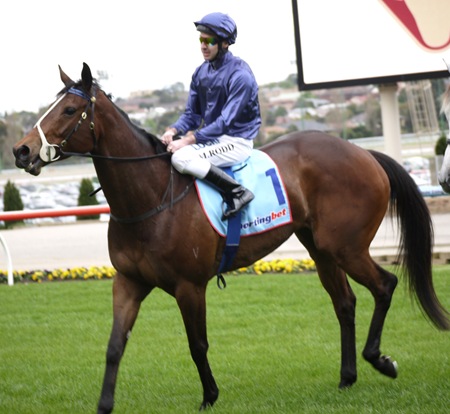 Next on the card was the Mitty McEwan Stakes which was won by 3 year old colt Kuroshio in a surprising turnaround of form.  Moment of Change was a close second and General Truce took third spot.

I didn’t bother taking photos of the winner, but went instead to cash in my complimentary drink voucher and view the parade of horses contesting the feature event.

Super Cool was there of course, rigged out in his familiar blinkers 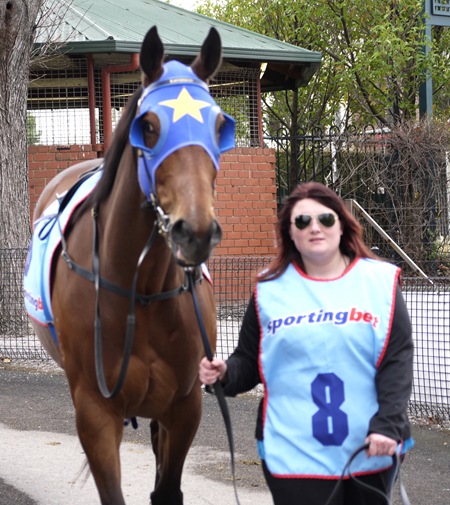 Super Cool in the parade ring 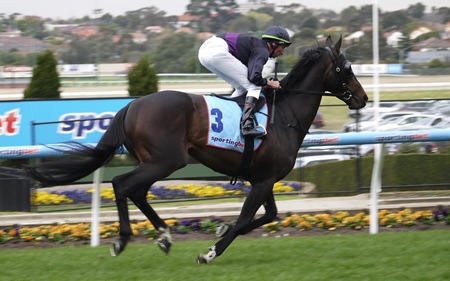 Fiorente on his way to the barriers

The Dato Tan Chin Nam Stakes was rough affair, so Mark Kavanagh made the right decision as regards Atlantic Jewel. Poor Super Cool was galloped on and also blocked for a run. The Gai Waterhouse trained Fiorente stole the show, coming wide down the straight to win from Spacecraft who had led from the start.

Fiorente (no 3) is about to overtake Super Cool (no 8) as the field masses in the straight.

I was disappointed that Super Cool didn’t win, but am relieved that there was a good reason for his lack of sprint in the closing stages of the race.

After that I called it quits and made my way home. None of my wagers were successful, but I didn’t lose much, being a very small time punter.

I must admit I am really pleased with the new lens on my Panasonic GF3 micro four thirds camera, now that I’ve got used to using it – it takes ripper photos and the shutter action is very fast.  However, action shots still leave a lot to be desired and work better when I use the smaller lens.

It can accompany me again next Saturday to Caulfield where a sizzling Group One, the Underwood Stakes is to be run. Atlantic Jewel may back up in it, and Puissance de Lune and It’s A Dundeel are also nominated, making it a must see race.