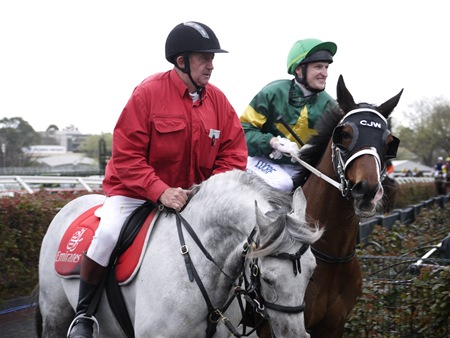 I must admit it was a kind of disappointing day at Flemington on Saturday, which coupled with the dire outcome of the Election, left me deflated at the end of the day.

Not one favourite won the entire race card, and even though I always try and get a bit of value for my bet even when betting favourites, none of my selections were in the money.

So on to my day at the races…

Through another fortunate coincidence of trains – who said Melbourne’s public transport doesn’t run on time – I arrived at the big track in time to witness the first race the Domain a sprint over 1000 metres for three year old fillies.  Metastasio was the favourite, but true to the results throughout the day, she was unplaced, and the prize money went to Miracle To Me. 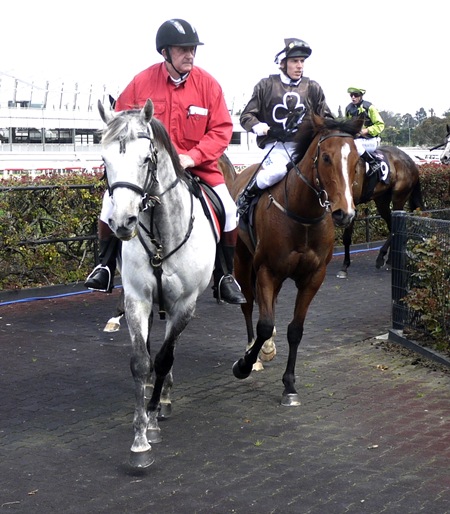 Miracle To Me returns to scale after winning the Domain

Race 2 was one of the races I really wanted to see with new fave Cauthen being part of the field. Alas he was favourite, so the prevailing luck meant he finished well back, over racing at the beginning then dropping out, and has been since reported to have been suffering from the “thumps” (horse hiccups). Long John, who ran third to Cauthen in the HDF McNeil Stakes was avenged and won well from Weinholt and San Diego. 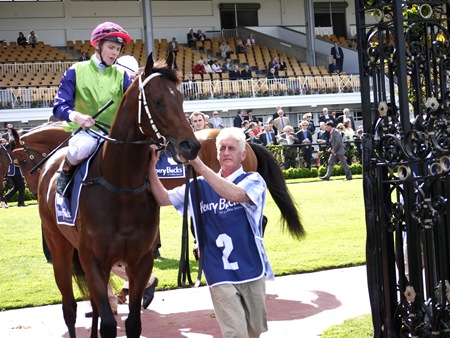 Cauthen on his way to the track from the mounting yard, looking bright eyed and bushy tailed. 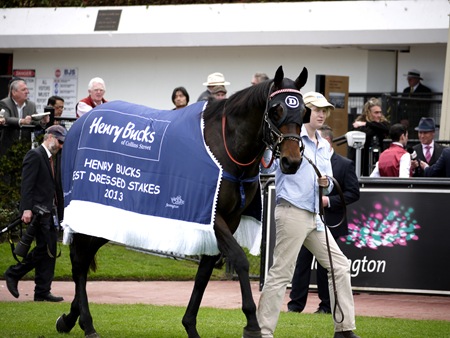 After that I decided to go and check out the stalls area and see Puissance de Lune. He’s easily recognised by his colour and pretty face.

He was being walked in the ring at the centre of stalls area. 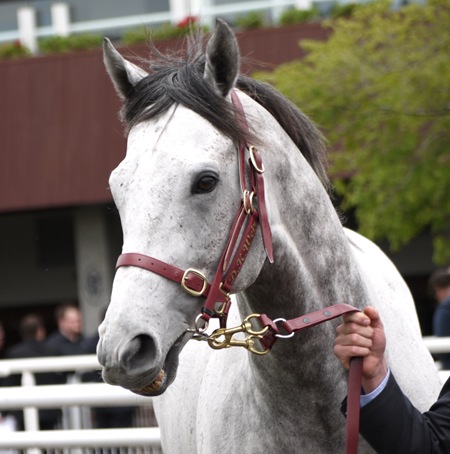 I saw Sea Moon there as well 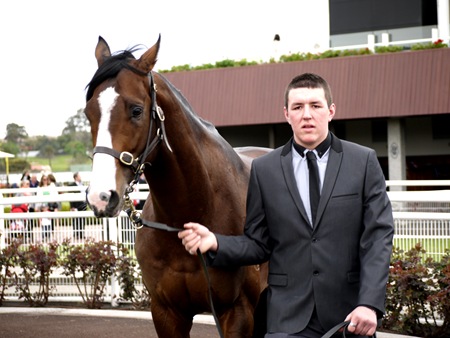 Sea Moon in the walking ring

I missed seeing Race 3 the Sofitel Girls’ Day Out 2000, but heard the race broadcast over the loud speakers. It was won by second favourite Desert Jeuney

Race 4 was The Sofitel and I rather fancied Cosmic Causeway. He ran fourth and the winner was long shot Shoreham, who defeated the favourite Dany The Fox by a short margin with Garud running third. 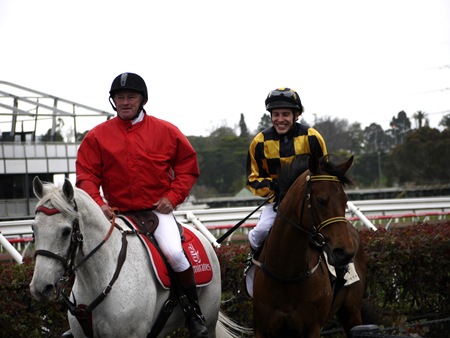 The weather, which had been quite sunny and bright had turned into spitting rain and a cold wind swept across the course, so I sought shelter under cover to consider my selection for the next race, the Group Two Danehill Stakes. I decided to go for Gregers over Safeguard, but neither choice proved a winner. Outsider Charlie Boy won the show from Kiss A Rose and Eclair Big Bang. 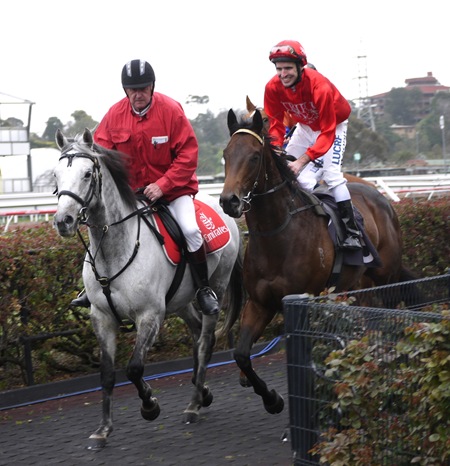 Charlie Boy returning to scale after winning the Danehill Stakes

Finally it was time for the feature race, the Group One Makybe Diva Stakes. Makybe Diva’s statue overlooks the famous Flemington straight, so I thought it appropriate to photograph it. 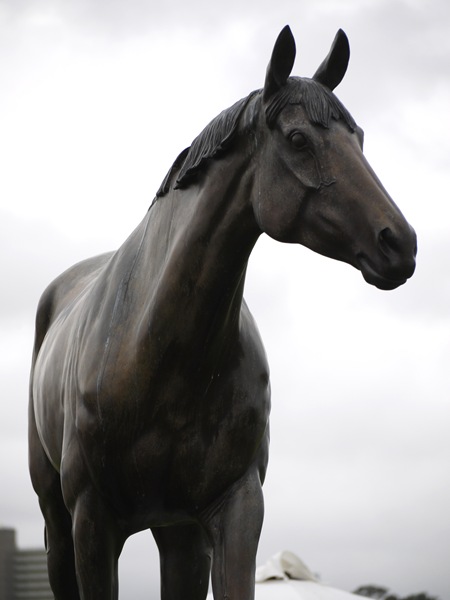 Back to the race, I took photos of the leading contenders in the mounting yard. 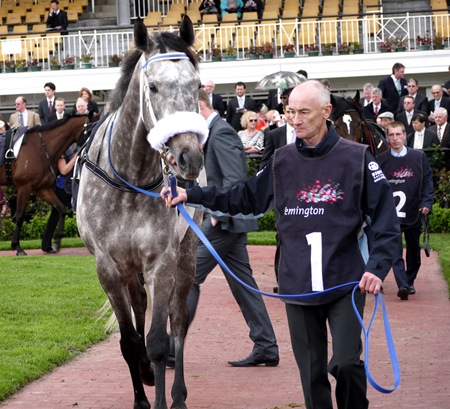 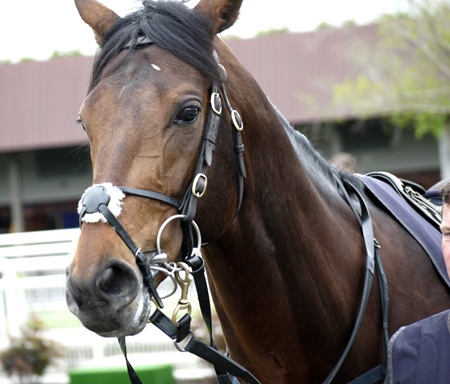 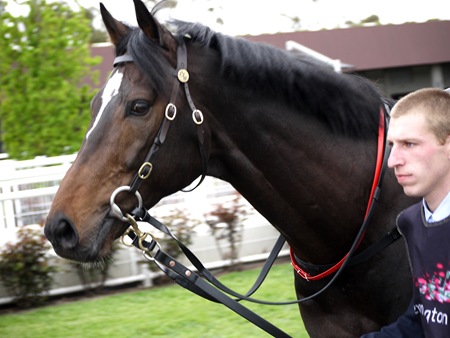 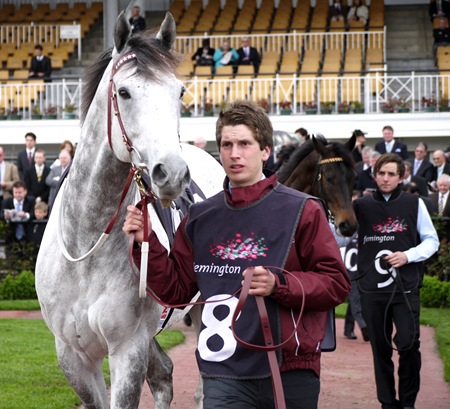 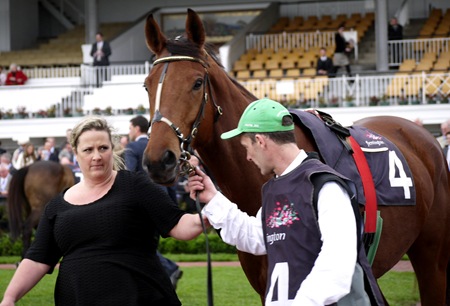 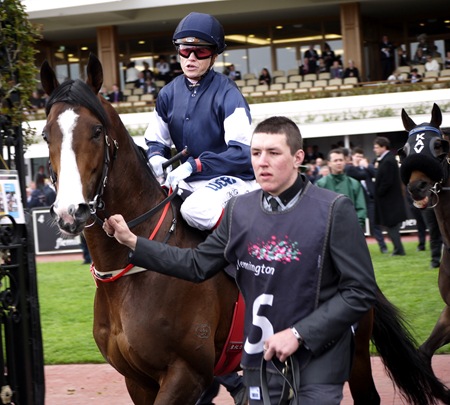 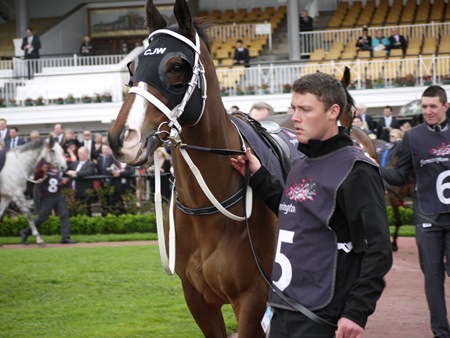 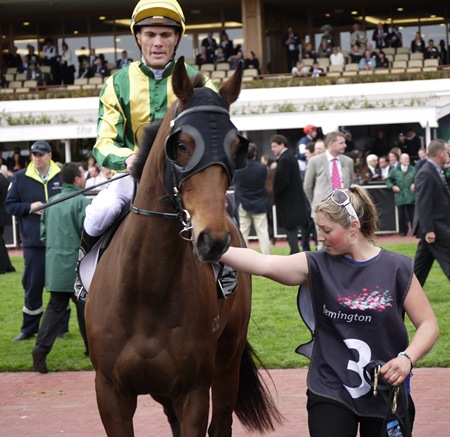 The race resulted in Foreteller pipping Puissance de Lune at the post, winning by a half head.  As I mentioned in my previous post, Foreteller has a tendency to run under the radar and score a surprising win every so often. It was disappointing that Puissance de Lune was denied his first Group One, but his run was full of merit, and Glen Boss probably let him go too soon, leaving him ripe for the picking by the fast finishing Foreteller who lunged at the finish line to take the race. 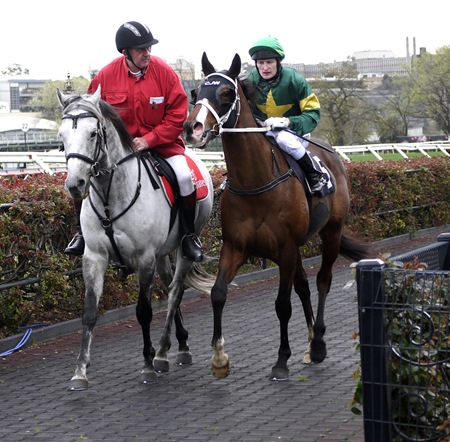 I stayed for the Bobbie Lewis Quality, a sprint over 1200 metres, and - you guessed it - it was won by outsider Speediness from Temple of Boom and Albrecht, with hot favourite Rebel Dane running fourth. 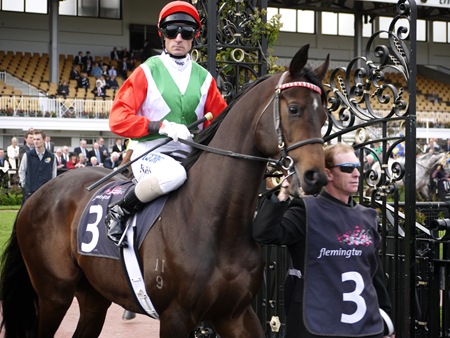 Rebel Dane in the mounting yard 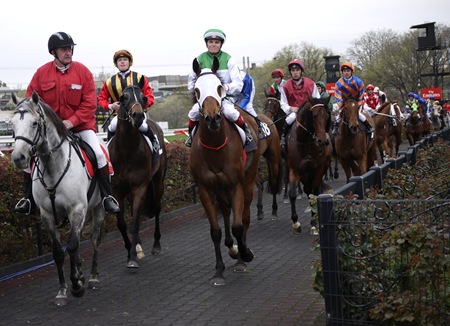 As the theme of the race meeting was the Sofitel Girls’ Day Out, there was a fashion show going on somewhere, which I wasn’t interested in watching, and there was face painting and pony rides for the kids. 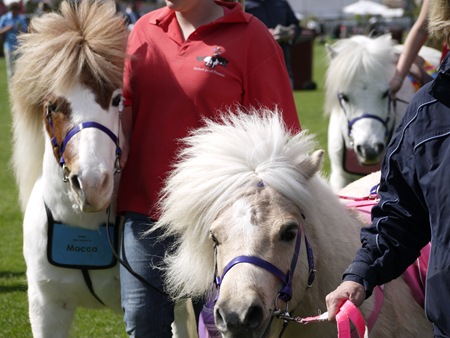 I didn’t stay for the last race the Let’s Elope Stakes, so I missed seeing Commanding Jewel’s return to winning form. The pretty grey Sydney mare Catkins ran second, whom I had photographed earlier in her stall. 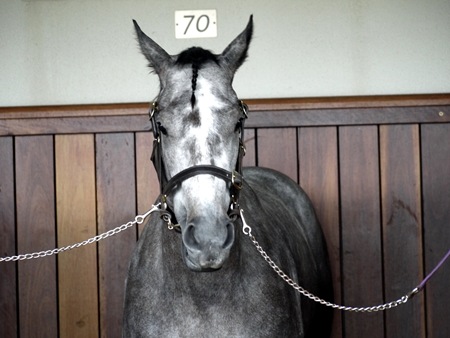 Catkins in her stall

What is it about Flemington that seems to favour outsiders winning and causes favourites to fail? That’s twice I’ve been to Flemington where none of the favourites have won. Perhaps it’s the big spacious track, or the lack of sharp turns. Who knows?

Next week the Group One action transfers to Sydney at Rosehill with the running of the Golden Rose. In Melbourne I’ll be attending Dato Tan Chin Nam Stakes Day at Moonee Valley, where Atlantic Jewel will be making her second appearance for the spring and gunning for her ninth win in succession. She’ll either be racing in the feature race, or the Stock Stakes for mares, both of which are 1600 metre races. Her stable mate Super Cool is also nominated, so I’m looking forward to seeing him again too.