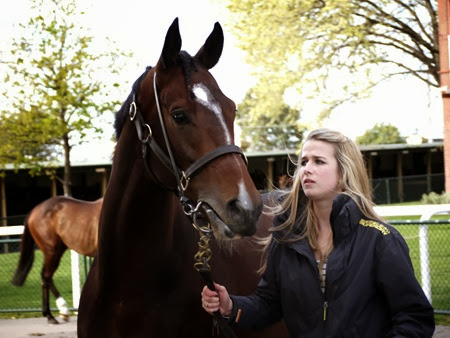 It’s A Dundeel in the walking ring at Caulfield

The track at Caulfield on Saturday was rated a slow 6, which in terms of surface give indicates a mildly rain affected track, so wet form was not really a factor all day, though by the feature race the track must have been somewhat the worse for wear.

Not that it really affected the outcome of the Underwood Stakes, as both It’s A Dundeel and Atlantic Jewel, not known as wet trackers, fought out a thrilling finish down the straight.

Fortunately the weather was fine all afternoon, slightly overcast, but pleasant for spending a few hours trackside. I arrived at Caulfield at about 1.30 pm in time to watch the running of Race 4, the Inglis Bonus Handicap (1700 metres). It was won by Rockford from Epic Saga with Le Mans running third.

Race 4 finish – Rockford takes the lead in the straight

The first of the Group races was up next and I wanted to get some photos of Catkins.

Here she is in the parade ring… 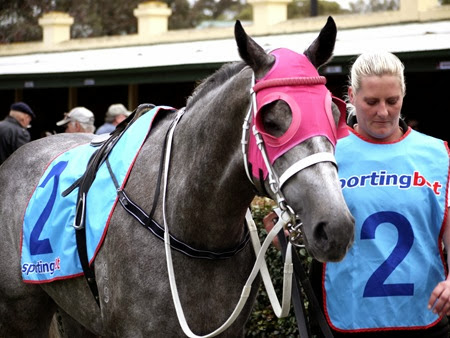 Catkins in the parade ring before her race

…and on her way to starting gates. 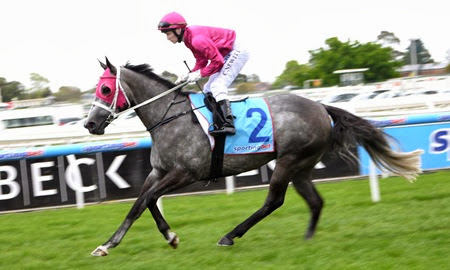 Catkins scored a narrow win from Hi Belle and Flash of Doubt. I had a small wager on her so was delighted when she won. She appears to be thriving in Melbourne, normally being based in Sydney as part of Chris Waller’s stable. Her silks are the famous cerise of the Inglis family, who are indeed her owners.

I spent the greater part of the afternoon out near the stalls area, as there was a fairly large crowd in attendance yesterday, and it was peaceful and quiet with only the horses and few interested onlookers. There was however a large gathering outside Atlantic Jewel’s stall… 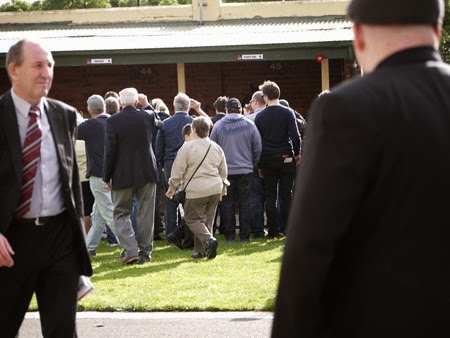 I waited until she taken for a walk in the ring, before taking photos of her. 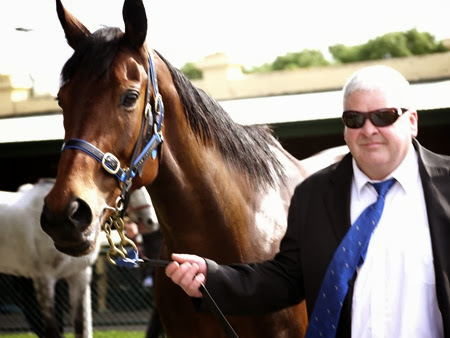 Atlantic Jewel in the walking ring

Other contenders for the feature race were also being perambulated at the same time. 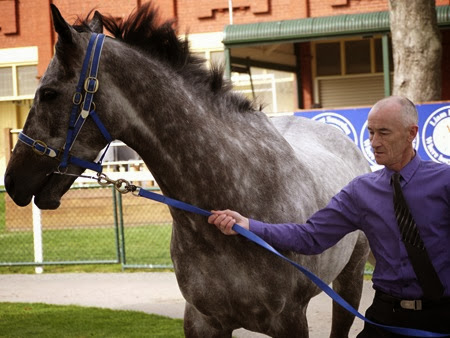 Manighar – something of a handful for his strapper 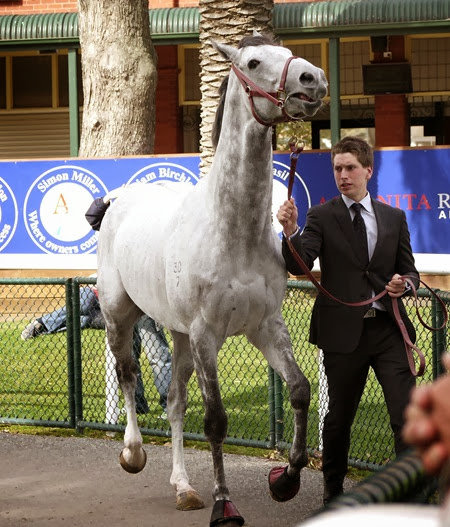 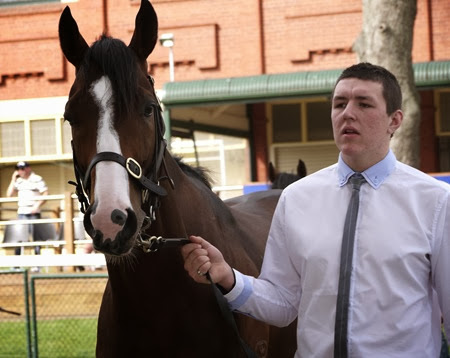 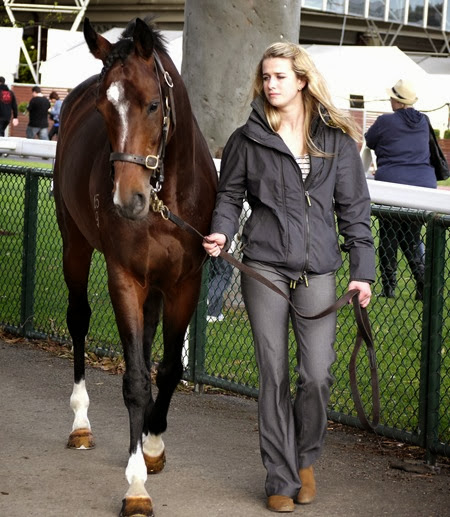 It’s A Dundeel is a surprisingly small neat horse - no wonder he’s been nicknamed the “pocket rocket”. He certainly proved his class in the Underwood Stakes. He has never won in Melbourne before or in open company, and is the first horse to beat Atlantic Jewel, so he’s something special.  I keenly look forward to his next start.

So on to the race…

It was an unusually run race from the start. Atlantic Jewel took up the lead from Dear Demi with It’s A Dundeel uncharacteristically just behind them. He’s normally a back marker, but his jockey James McDonald made a snap decision to keep pace with the star mare and for quite a way through the race Atlantic Jewel and It’s A Dundeel raced side by side.  Down the straight they raced together, the mare slightly ahead until just before the finish line where It’s A Dundeel pounced to win by a nose. It was a thrilling contest, a classic race finish that promises more riveting action when they meet again.  Atlantic Jewel had the hardest contest of her career and acquitted herself admirably. It’s a pity it could not have been a dead heat.  Dear Demi ran third. Puissance de Lune was too far back to challenge, but ran the fastest time in the last 600ms to come from near last into sixth place.  Interestingly, the five front runners – Atlantic Jewel, Dear Demi, It’s A Dundeel, Happy Trails and Manighar – all finished more or less in that order. Perhaps the track was affected after all, as the back markers made no progress in the straight. 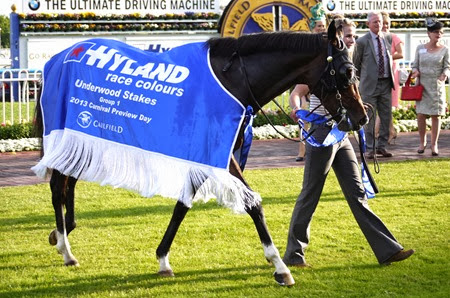 In Sydney, the George Main Stakes was taken out by Streama, from Royal Descent with Veyron running third.

Though there are two Group One races coming up next weekend, the Schweppes Stakes on Friday night at Moonee Valley and the Rupert Clark Stakes on Sunday at Caulfield, I probably will not go to either. I don’t want to become jaded with live racing, so will save myself for the Turnbull Stakes meeting at Flemington the following weekend.