Shooting for the Moon – another fine day at the races 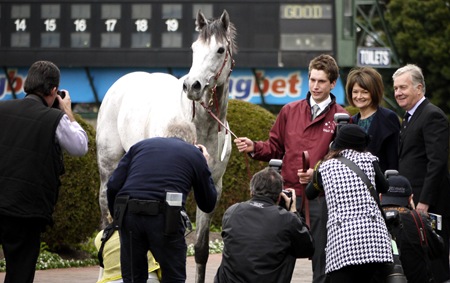 Though not a particularly profitable outing to the races, it was an interesting meeting enhanced by the remarkable win of Puissance de Lune in the feature race.

Fair weather for a change encouraged me to head off to Caulfield Racecourse for an afternoon of racing thrills.

The field for the Winslow Constructors Handicap amass behind the barrier

I arrived at the course in time for the third race, the Winslow Constructors Handicap run over 2000 metres. Ignoring my own instincts not to bet, I placed a small wager on Phantom Brewer, who failed to run a place. The Moody/Nolen/Caulfield combo resulted in a long overdue win for Hanks, who romped home at 35/1, defeating favourite Bells of Troy with Anagold running third. 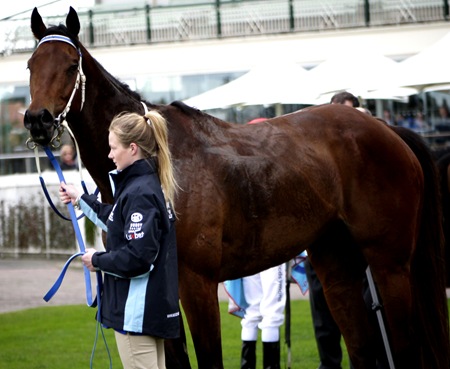 Killing time before the next race I went and checked out the stalls, hoping for a glimpse of star attraction Puissance de Lune.  Sure enough he was there and I managed to get some nice photos of him in his stall. 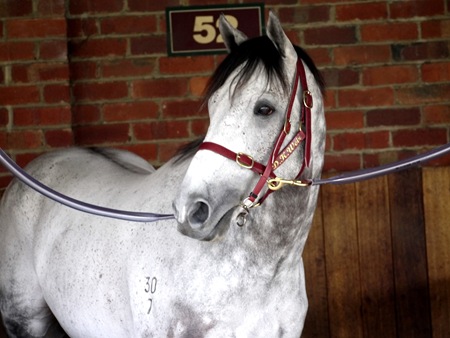 Puissance de Lune in his stall

He’s a very photogenic animal, with a compact powerful physique and a pretty face with gentle eyes. I took quite a few photos of him over the course of the afternoon.

The fourth race was the Group 3 Vain Stakes run over 1100 metres for three year old colts and geldings.  Safeguard nosed out the unlucky Fast N Rocking to win by the narrowest of margins, with Hill Spy filling third spot. 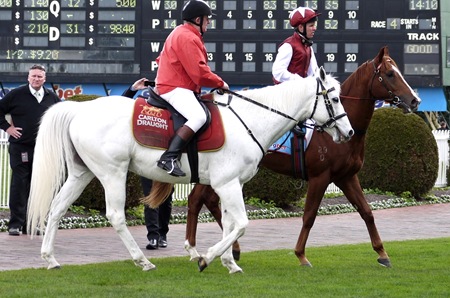 Safeguard returning to scale after winning the Vain Stakes

I had a small sentimental wager on Duran, but he raced very greenly and was never in the picture.

Hoping for better luck in the next race, the Quezette Stakes my fancy was Spirit of Heaven, but her stable mate Kiss A Rose took the prize with a run from last to first, stealing a victory over favourite Metastasio. Spirit of Heaven was badly held up in the straight, by a wall of horses and had no hope. 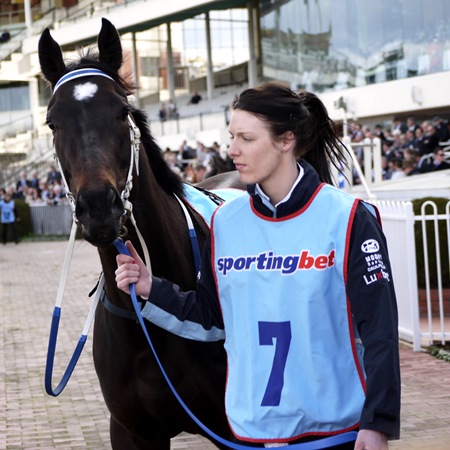 Kiss A Rose parades before the running of the Quezette Stakes

Race 6 was the feature P B Lawrence Stakes, so I returned to the stalls area to check out the scene. I snapped Puissance de Lune in his stall  being saddled up by trainer Darren Weir and Mitch Freedman his strapper, who had just had their attention distracted by one of the sizable crowd surrounding PDL’s stall, so it looks as if the shot was posed. 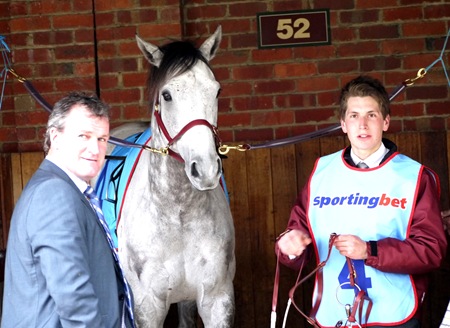 Back in the mounting yard the contestants were parading… 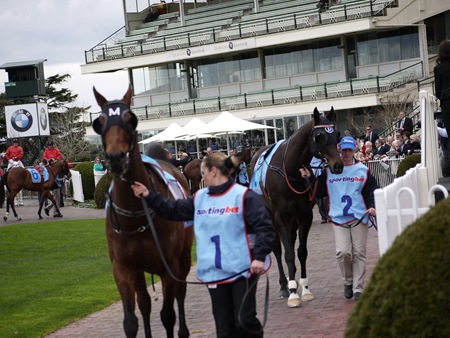 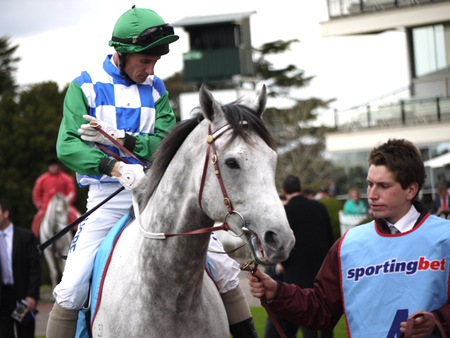 Puissance de Lune with Glen Boss in the saddle

The race was run a rattling pace with the lead being shared by Under The Sun and Ajeeb. Puissance de Lune dropped out to last and loped along several lengths behind the rest of the field. I was not worried as I knew he had a remarkable turn of foot. The young folks behind me were a tad concerned, one of them ringing his “lucky” bell, but as the horses flashed past it was noted that Puissance de Lune was making ground, and ridden hands and heels by Boss, sailed past Ajeeb, who was in the lead at that stage, and won easily by a length or so.

Did we witness something outstanding? It’s early days yet, but Puissance de Lune looks to be extra special, a worthy replacement to fill the gap left by Black Caviar, All Too Hard, More Joyous and Pierro who have all retired. He certainly attracted a bigger crowd than expected at Caulfield and the fans gathered around his stall, though not to Black Caviar levels, were in respectable numbers. 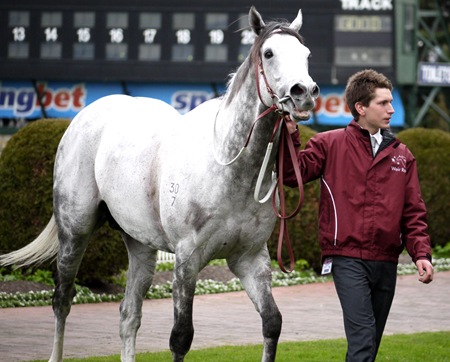 Yesterday, Caulfield racecourse as part of its Back to Caulfield race day, recognised the 90th Anniversary of Legacy, so there were soldiers and machines of war on display, including a tank. 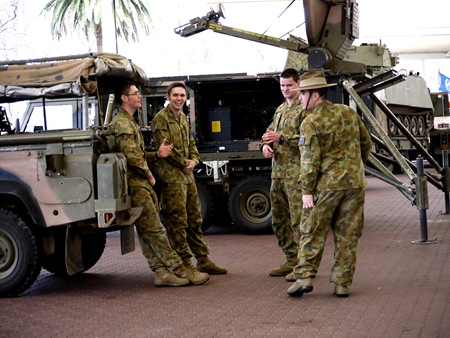 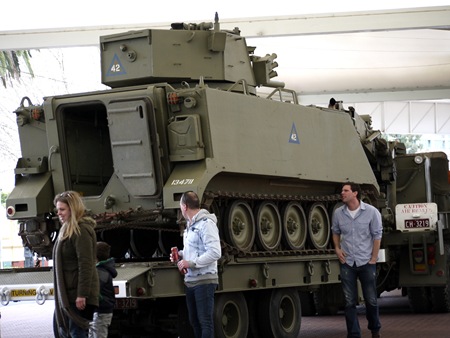 But of course my focus was on the horses. Thanks to Puissance de Lune the day didn’t end with a total loss, as by the time the P B Lawrence Stakes was run, even though he was the favourite, his odds had risen to $3.60 with the Bookies, so I was able to recoup my losses on the previous races by placing a bet on him. You could say I was ‘over the moon’ when he won.