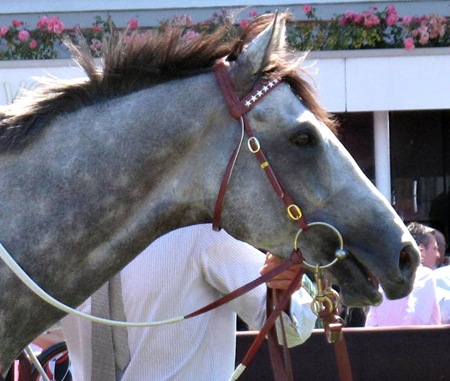 This coming Saturday, Caulfield racecourse will feature the Group Two P B Lawrence Stakes, as well as a couple of Group Three events.

The main attraction of the meeting will be the appearance of current Melbourne Cup favourite Puissance de Lune who will be kicking off his spring campaign in the feature event. He will be competing against nine rivals, primary among them Bletchingly Stakes winner Second Effort. Others with pretentions are the Gai Waterhouse trained Under The Sun, High Esteem trained by Peter Moody, Under The Eiffel and Launay.  Though Puissance de Lune has never raced  over 1400 metres, his best efforts being 2000 metres to 2600 metres, he has more class than all the rest put together and should put on a grand show with his nifty turn of foot.

Three year old Guineas hopefuls will be contesting the Group Three Vain Stakes (colts & geldings) and Quezette Stakes (fillies) before the main race, and should provide interesting viewing.  Run over 1100 metres, these races will provide a clearer picture of who has the class to take out the Group One prizes.

In the Vain Stakes the main contenders are the Peter Snowden trained Safeguard and the Peter Moody trained Il Cavallo, along with recent winner Clevadude. I’m interested in seeing how Duran, having his first start, performs. He is a very well bred colt sired by Tale of the Cat from Circles of Gold, who is the dam of class racehorses Elvstroem and Haradasun.  Can Duran emulate his older half brothers and win on debut?

The Quezette Stakes is harder to pick with quite a few smart fillies in with a chance.  Snowden and Moody trained fillies look the top picks – Montsegur & Metastasio vs Kiss A Rose & Spirit of Heaven. Spirit of Heaven is a three quarter sister to the recently retired Lights Of Heaven, so is potentially a stayer, but she won her only start over 1000 metres back in June.

Melbourne’s weather has been capricious over the past week, one day cold and windy, the next mild and sunny. Rain is expected overnight, but hopefully will clear by the afternoon. However, with wild winds blowing today, the track shouldn’t be all that much affected and will most probably be on the good to dead side.

There’s only two weeks to wait until the first Group One of the spring season and I’ve been following the progress of the  potential stars – Super Cool, It’s A Dundeel, Atlantic Jewel and Miracles of Life in particular, and I’m pleased to report that they are all coming along well. Most likely they’ll be starting their spring campaigns on 31 August.

Here’s the photo finish of Miracles of Life winning a trial earlier this week – not bad eh.