Gems & Miracles – the first Group One of the Spring 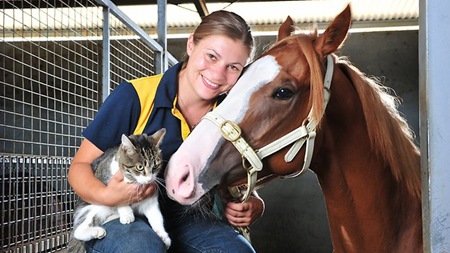 The first Group One race of the 2013 spring racing season heralds what promises to be a classic carnival. The Memsie Stakes has assembled a first class field, containing no less than 8 Group One winners of 14 runners. It would make a super Cox Plate line up in fact and many of those contesting it are Cox Plate bound.

Run over 1400 metres, the Memsie Stakes used to be a Group Two race, but has been elevated to Group One this year. In the past it has been won by champions on their way to greater glory, for instance, So You Think, Makybe Diva and Sunline, to name a few.

It’s a tough call to pick the winner, but Atlantic Jewel ticks all the boxes if she is anywhere near her best.  My loyalties are torn, as I have a great deal of fondness for It’s A Dundeel and Super Cool along with Atlantic Jewel, so perhaps I’ll have a little something on all three, or maybe not wager on the race at all.

The race is scheduled as the last on the card. I hate this newfangled rearrangement of the feature races, which Moonee Valley instigated for the Cox Plate three years ago. It’s disappointing that Melbourne Racing Club has followed suit, as it means an extremely long day at the races, and a crush of racegoers heading home at the same time at the end of the day, no doubt the worse for wear for sunshine and booze.

I will be attending the meeting on Saturday and contemplated arriving later in the day, but the other must see race, starring Miracles of Life is scheduled as race four, so I’ll have to front before 1.30pm to check out the main contestants of the Group Three HDF McNeil Stakes. I’m really keen to see, not only the glamour filly, but Prince Harada. As his name suggests, he is the son of my former favourite racehorse Haradasun, and is by all accounts a classy colt, whom his trainer Tony Vasil  thinks is potentially the best horse he has trained. Tony Vasil trained both Haradasun and his half brother Elvstroem and he reckons Prince Harada is better than both of them. Prince Harada has had two starts, both on slow tracks, which he won in sizzling fashion.

Others of interest in the race are New Zealander Orion, Fast ‘N’ Rocking who was an unlucky second to Safeguard in the Vain Stakes recently and was also runner up to Miracles of Life in the Blue Diamond, and Za Moulin Rouge the only other filly in the race, who won her only start by 3.5 lengths, albeit in lesser company. However, if Miracles of Life recent trial is anything to go by, she should shoe it in and keep her unbeaten record intact. Go Miracles!

There’ll be time to fill during the wait for the feature race, but fortunately the rest of the race card is not without interest.

You’ve got the BMW Handicap (1400 metres) where Strawberry Boy is worth watching, the Group Three The Shark.com.au Stakes (1100 metres) where 2012 Blue Diamond Stakes winner, Samaready will be making a welcome return after a long break, and the Listed  Slickpix Stakes (1700 metres) where a large field of Melbourne and Caulfield Cup bound stayers (many of them European imports) will be vying for a prize on their way to bigger and better races. German horse Pakal, who recently won at Caulfield by a 6 length margin, appears to be the top pick.

In Sydney the feature race on the cards at Rosehill is the Group Three  Run To The Rose (1200 metres) which has attracted a very classy field of three year olds that includes top colts Sidestep, Criterion, Zoustar, Va Pensiero. Ike’s Legacy and Eurozone. Any of the aforementioned could win.

Though it will be a long day spent mostly on my feet, I’m really looking forward to seeing my current favourite racehorses again, especially Miracles of Life, Atlantic Jewel, Super Cool and It’s A Dundeel.

Fortunately the weather is predicted to be lovely on Saturday – a warm and sunny 23ºC  day, so the track will classed dead to good.