A Sunny Day at Flemington 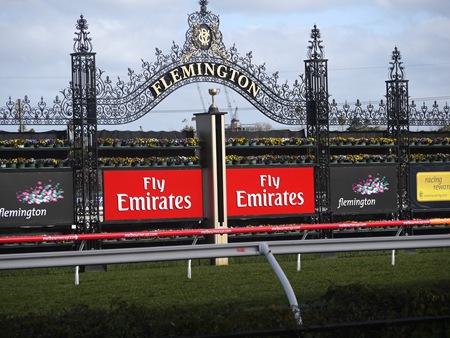 Ah Melbourne, city of contrasts, horrible one day, pleasant the next...

This was the case when the weather on Friday was appalling - cold, wet and windy - and on Saturday, was calm, sunny and mild. It was perfect in fact for attending the races to soak up some Vitamin D with the racing action.

I arrived at the course in time to watch the running of the third race, which was won by Bonne Nuit.

My only winning bet was on Pocket Rockets in the fourth race.  He paid $9.00 for the win and financed my outlay for the afternoon. 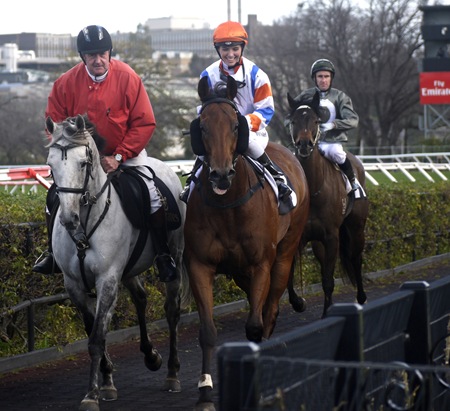 I had my money on Under The Hat in the next race, but he finished last. The race was won by Clang and Bang. 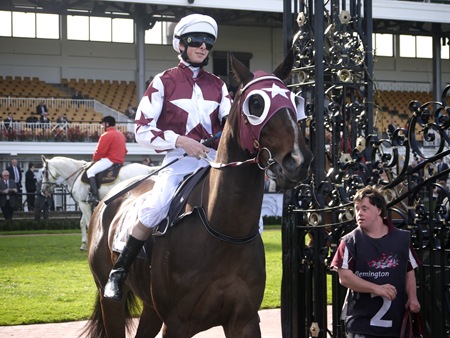 Clang & Bang heading to the track from the mounting yard 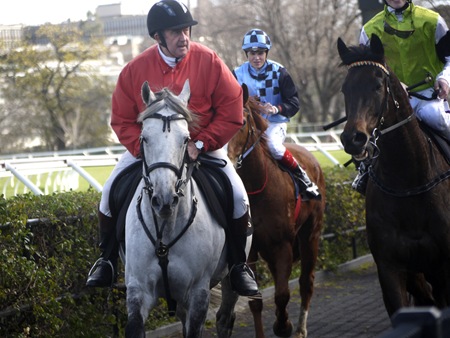 My luck was again out in the feature race, the Aurie’s Star Handicap with my roughie bet Keep Cool finishing at the tail of the field.

However it was good to get a look at Luckygray, a handsome fellow. 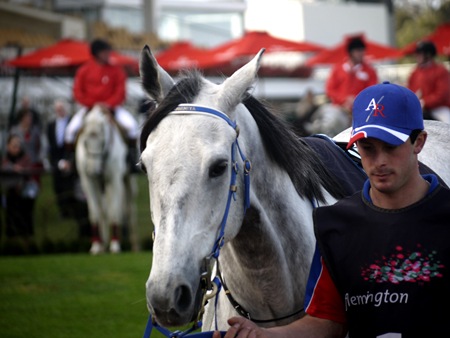 Luckygray in the mounting yard.

Another outsider, Broken, whom I totally overlooked, was the winner, with Temple of Boom running second, followed by Cavallo Nero in third place. 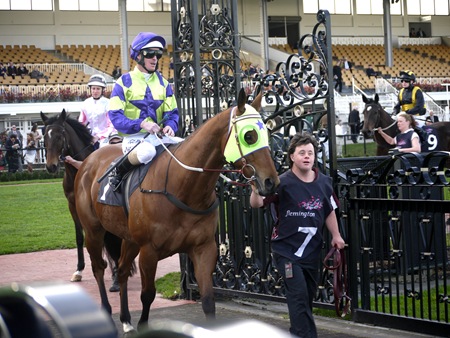 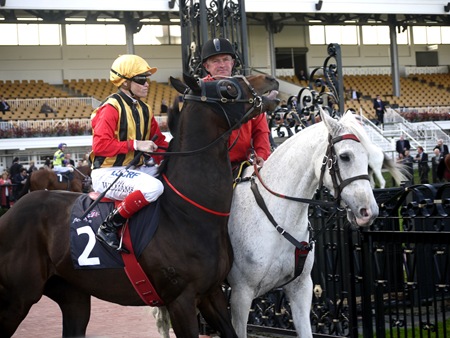 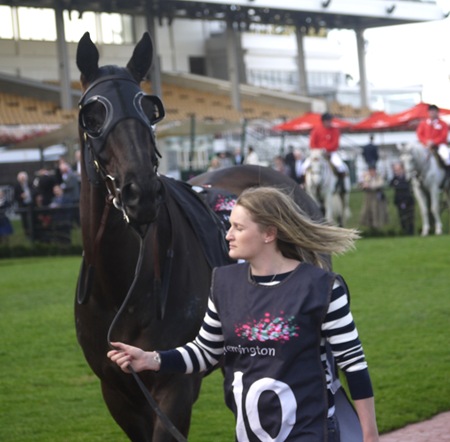 It certainly wasn’t a day for favourites – none of them won – but I was delighted to be back at a racecourse and appreciated the opportunity to test the new camera lens in the setting.  It worked pretty well in all, so I’ll take it along with me to Caulfield next Saturday, where the race card promises to be more interesting. I am looking forward to seeing potential star, Puissance de Lune, who will be contesting the Group Two  P B Lawrence Stakes (formerly the Liston Stakes).

One more photo before I close this post – a statue of master trainer Bart Cummings. 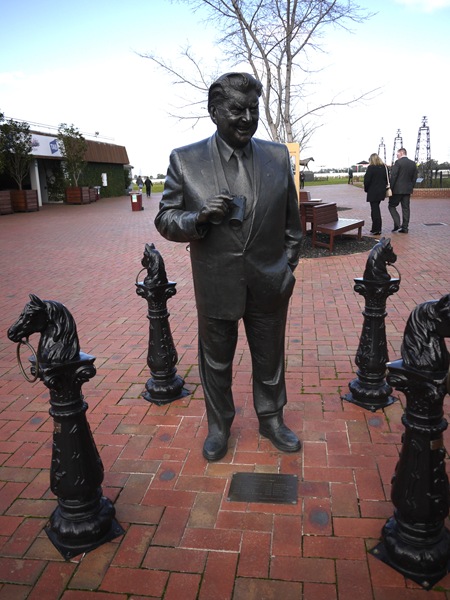