Now that the schoolkids have returned to the classroom, a person can now venture out with less likelihood of striking hordes of ankle biters inhabiting public places.

Yesterday, to test this theory, I decided to catch a bit of culture at the National Gallery of Victoria, most particularly to view the Gustave Moreau exhibition.

With this objective in mind, I made my way to city and to the gallery taking a few photos on the way.

The Gallery wall advertising the exhibition 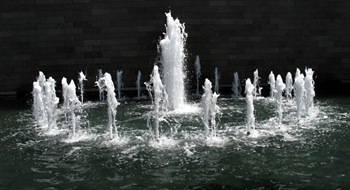 Fountain outside the Gallery 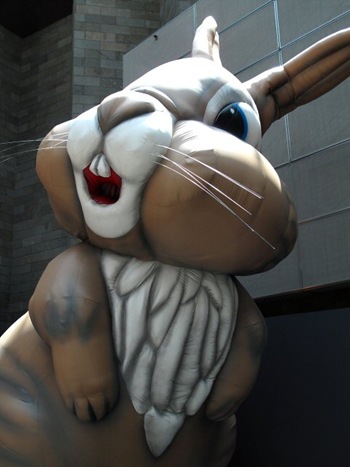 From the ridiculous to the sublime …

Femme Fatales and Sirens
The Moreau exhibition comprised something like 100 or so paintings and drawings, tracing Moreau’s work through his life, but concentrated on the dark and seductive feminine aspect of his paintings. From the Sphinx and Europa, through Bathsheba, Salome, Messalina , Helen of Troy, Sirens and Unicorns, the paintings glowed from the walls alluringly. 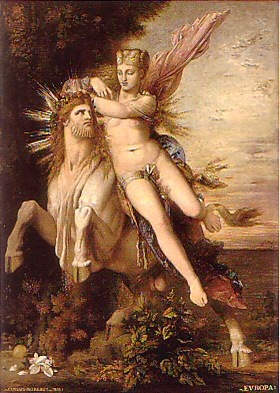 There was a whole section dedicated to Salome and included the famous Apparition. If you looked closely at the painting there was remarkable intricate detail in the background. Moreau worked over his paintings with other media, indian ink, gold leaf, gouache, and pastels. 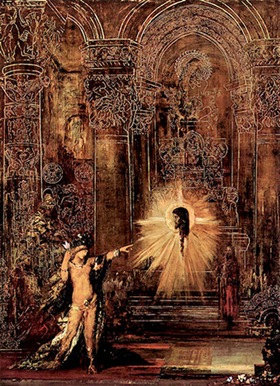 The same detail was present in the clothing of the women in The Unicorns painting. 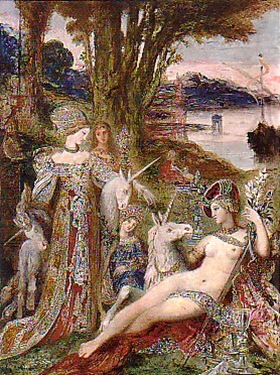 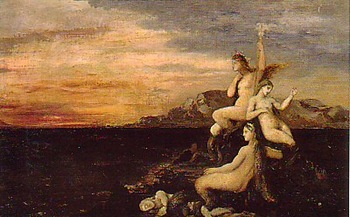 By no means an extensive exhibition, it was still wonderful to see the paintings that were on show by that seductive artist Gustave Moreau, a precursor of the Symbolists. 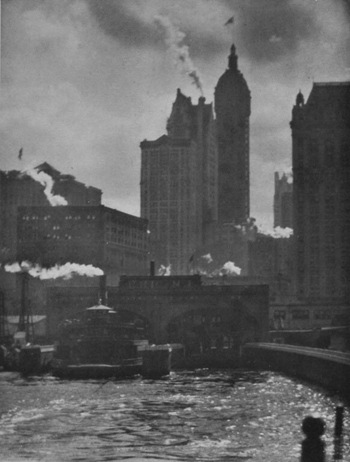 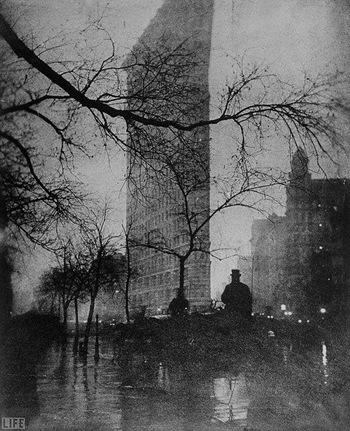 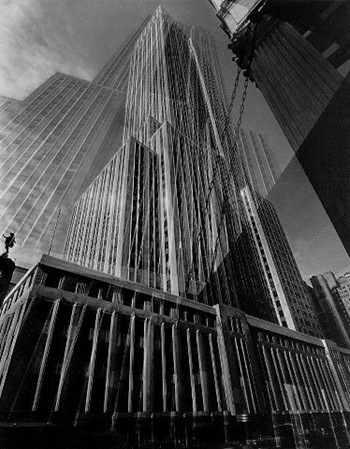 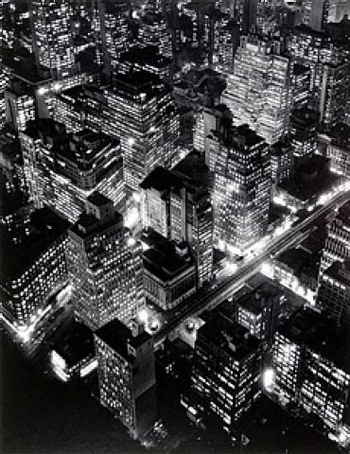 The above and many more were very inspirational to this amateur photographer.

Before I departed the gallery, I ambled into the Sculpture garden to see what was there and as it was outside I could take photos.

When you get outside you are confronted by Melbourne sculptor, Bruce Armstrong’s hulking, rough hewn crocodiles. 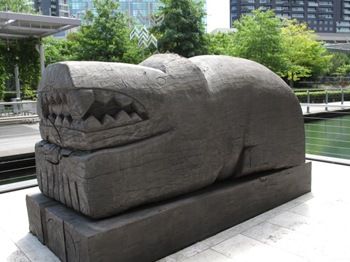 Move further in, past the water feature, and there’s Rodin’s Balzac 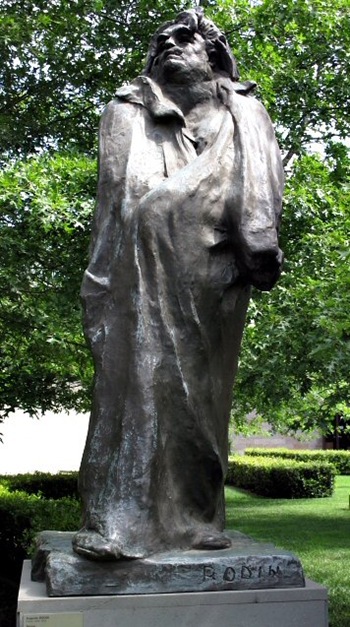 A little to the right is Henry Moore’s Seated Figure 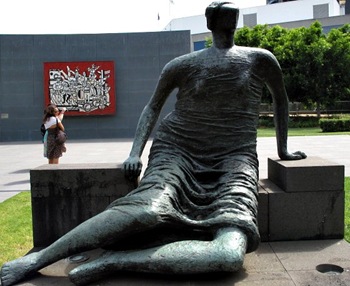 There is also a piece of art in the (recycled) water feature. 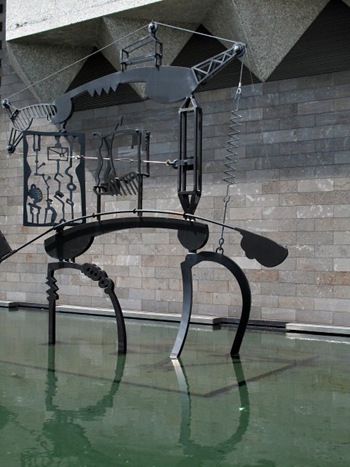 Finding my way back inside via a cafe, there was marble statue of Aphrodite dated 2nd century AD 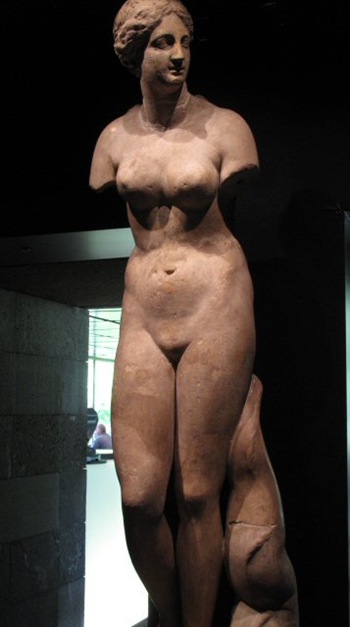 Before leaving I suddenly remembered the Leonard French stained glass ceiling and decided to look for it. I found it easily and snapped a portion of it. In days past, when the present gallery first opened in 1968 we used to go and lie on the floor and gaze up at it. 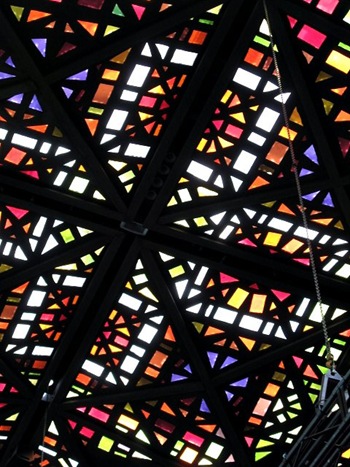 Unbeknownst to me the National Gallery celebrated its 150th birthday yesterday. It opened in its current location on St Kilda Road in 1968, but I used to visit the old gallery in Latrobe St when I first came to Melbourne as a student. It was next door to the old Museum, which I also visited regularly, especially to see Pharlap.

Next week I might venture to the Ian Potter Gallery, an extension of the St Kilda Road gallery in Federation Square to view the Stormy Weather exhibition and whatever else is open for viewing.