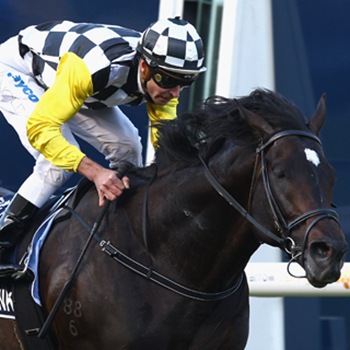 The highlight of the Melbourne Spring racing season is set to be run tomorrow for the 150th time in its history. The hallowed turf of Flemington race course is home to the Melbourne Cup and I last attended the event way back in 1970, when Baghdad Note saluted.

Of course I won’t be attending this year, but will be watching it on television.

The field this year is first class – the best in many years, and includes the awesome black stallion So You Think who is raging favourite to take out the Cup after his effortless win in the Mackinnon Stakes on the weekend. He’s the obvious pick and I’m sure the hearts of all racing fans will be willing him to win Bart Cummings his 13th Melbourne Cup.

It is really pleasing to see so many talented young Australian and New Zealand bred stayers in the race this year. The High Chaparral boys – So You Think, Shoot Out, Descarado and Monaco Consul - are all in the field and I’m tempted to box them in a trifecta and/or first four. And let’s not forget top staying sire, Zabeel who is represented by Precedence, Zavite and Maluckyday who gained automatic inclusion in the Cup field by winning the Lexus Stakes on Saturday and looks a top chance.

Also worthy of consideration is last year’s winner Shocking, lightweight chance Linton, who made it to the field after several prequalified runners were withdrawn, well credentialed New Zealand stayer Harris Tweed or good old Zipping who may score a place.

There are only two mares in the race, Profound Beauty from Ireland and the Gai Waterhouse trained Once Were Wild who ran an excellent race in the Lexus Stakes, finishing third behind Maluckyday and Linton.

Of the other Internationals, French horse Americain who recently won the Geelong Cup looks the main danger to the locals, though you really can’t dismiss out of hand Japanese stayer Tokai Trick or British horse Holberg who has good European form.

It is to be hoped that the track will not be too adversely affected by the weather over the weekend. So far it hasn’t rained today, but it is chilly and overcast with occasional sunshine.

The big wet on Saturday certainly affected the outcome of several races on Derby day. Lion Tamer, a noted mud runner, won the Derby and Typhoon Tracy was beaten into second place in the Myer Classic by Sacred Choice who relished the soggy track.

Anyway shortly after three o’clock tomorrow afternoon we’ll know if So You Think has confirmed his champion status for all time.

If you’re unsure of who to back, check out this horse by horse analysis on sportal.com.au which actually gives a sensible rundown on the chances of all 24 runners.

YAY! I got the trifecta twice! Once on my online betting account and on a mystery bet at the local TAB outlet, plus several win and place bets, so I've won something like $500.00 on the Cup. Best result ever!

I've had my traditional $5 each way on Tokai Trick, on the profound reasoning that the last time I won on the Melbourne Cup was with Delta Blues so I'll stick with the Japanese runner.

Good Luck! I think the same myself about the Japanese horses - they can't be overlooked.

I am worried by the combination of '13th', Mr Cumming's health, 'black' and 'stallion' and all the opinions of the poor creature being a perfect Phar Lap-ish freak.
While podiatrists and orthopaedic surgeons all over Victoria drink champagne in anticipation of a good week's trade, I just pray the day is safe for all the horses -I'm still not over Dulcify.

Bart was asked about the number 13 recently and he said in his usual deadpan way that it was his lucky number. Though it is worrying that he looks really fragile, but there's certainly nothing amiss with his wit.

And I also dread accidents on the race course, it's very distressing for all