I don’t know why I bothered going to the Science Fiction Convention, as I must admit I found it rather a tedious experience. I failed to find any of my old friends from my days at Space Age Books back in the 1970s, other than Justin of Slow Glass Books who had a table in the dealer’s room.

In order to enjoy these sort of conventions, I guess you have to be part of the fan scene or a writer in the genre. I eschew clubs and fan type activities, being something of a lone wolf, and even if I do enjoy Science Fiction and Fantasy, it’s not the only genre I read.

I consulted my old diary last night to see what my impression of the 1975 World Science Fiction Convention was. Apparently I was less than inspired then as now.

However, here’s a photo from the costume parade of Aussiecon 1 in 1975. I am the one in the middle, dressed as Kali the Destroyer from the Roger Zelazny novel Lord of Light. 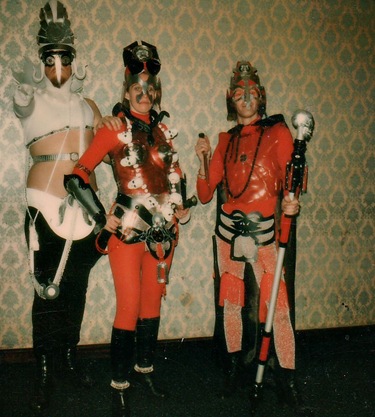 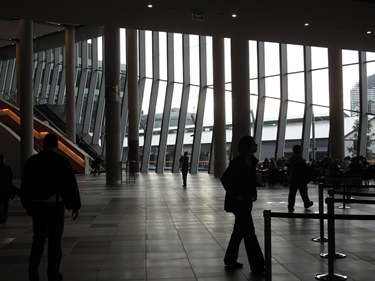 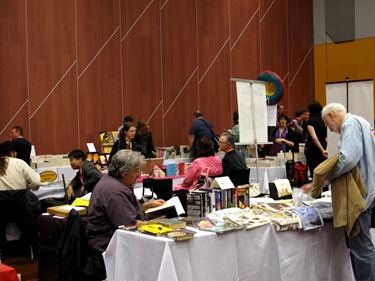 The Dealers Room where you could purchase books, t-shirts, posters and assorted paraphernalia. 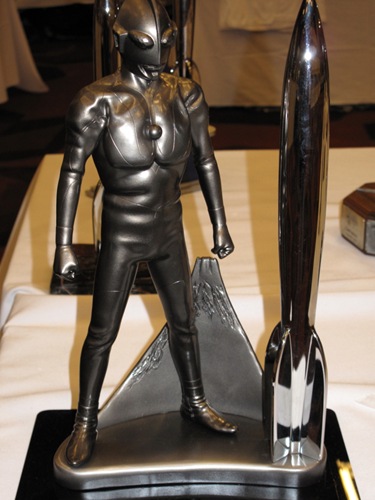 There was a table displaying an array of old Hugo Awards. This one struck me as being quite striking and beautiful with an Art Deco style . 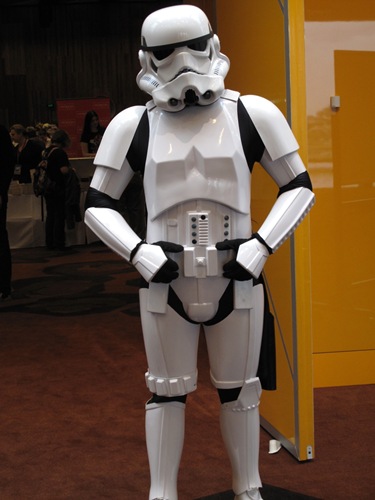 Pretty well de rigueur, you’d say, someone dressed as a "Star Wars" Storm Trooper outside the dealers room, who kindly posed for this shot. 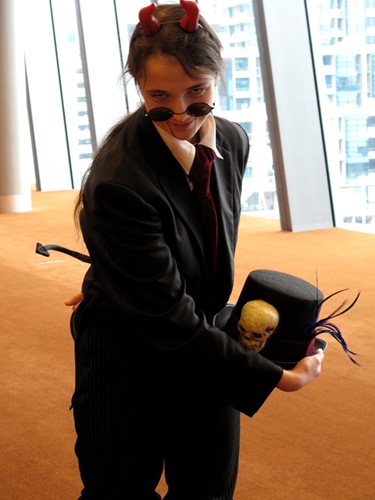 Cat girl or demon? She obliged me with this pose. 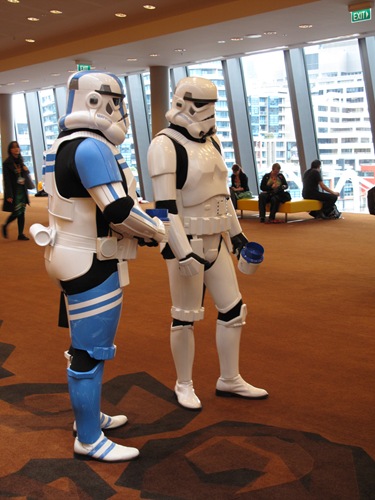 I attended a book launch for Deborah Kalin – an excuse to sit down, as my legs were aching from being on my feet for three hours. Old age is setting in. Deborah was launching Shadow Bound the second book in her fantasy series The Binding, which I must admit I have not read.

After that I decided to call it a day, caught a tram to Elizabeth Street and dropped into a TAB to watch the running of the Makybe Diva Stakes - which by the way was won by last years Melbourne Cup winner Shocking -before catching another tram home.

So a change of scene for Saturday, not overwhelmingly exciting, but interesting I suppose.

Next Saturday I’m going to the races at Moonee Valley to catch the action of the turf. More my speed than Science Fiction Conventions methinks.

Just found your blog posting. Did you get permission from the artist to post your photo of his painting? If you did not, you are violating his copyright.That is why photography is forbidden without express permission in the art show.