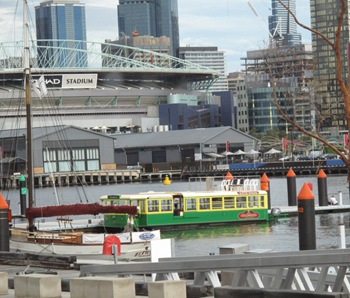 I have hardly ever been down to Waterfront City, a new development on Melbourne’s precincts. Nor, it seems, has anyone else, as the usual crowds teeming on Melbourne’s streets were noticeably absent.

Melbourne is a far cry from what it was in the 1950s where the apocalyptic film On the Beach was made in 1959. Ava Gardner, one of the stars of the film, is purported to have described Melbourne as 'the perfect place to make a film about the end of the world.'

Waterfront City is a pleasant spot with wide open spaces close to the water, on the former docklands site. Everything looks shiny and new with a set of sculptures of famous Australian entertainers by sculptor Peter Corlett providing a splash of colour.

Graham Kennedy, a famous TV personality in the early days of Australian television. 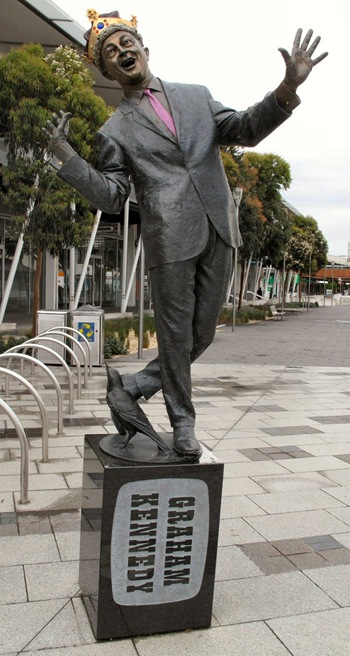 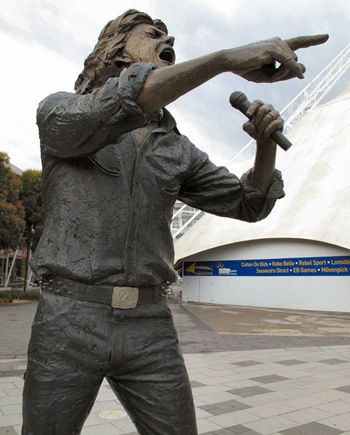 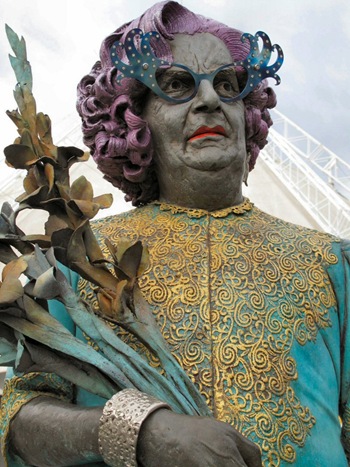 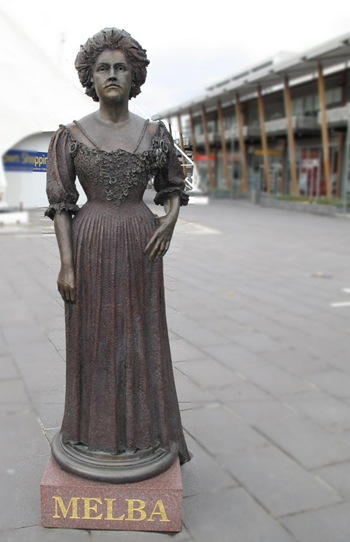 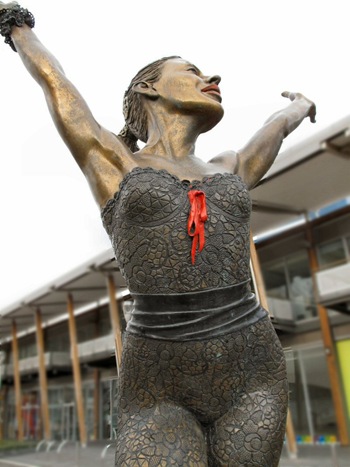 My reason for venturing down to Waterfront City was to attend a book launch for Oceans -Recipes and Stories from Australia's Coastline, by Andrew Dwyer. It is published by Melbourne University Press. 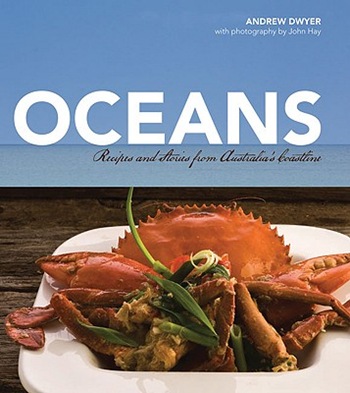 There’s a story to how I came by this invitation to Andrew’s book launch as I have never met him in person.

Some months ago Andrew commented on a post on this blog, asking if he could have a copy of a live Mary Gauthier concert, which had been kindly sent to me by the video editor of Nu Country. It is a wonderful recording of Mary Gauthier’s set at Northcote Social Club in January 2007.

Consequent to Andrew’s comment I sent him a copy of the concert and a brief exchange of emails ensued. He sent me a copy of his first book Outback. So, because of blogging I made a new acquaintance, dare I say, friend.

Much to my surprise, I received an invitation to his book launch, so I decided to attend and make contact in person. It also presented a good blogging opportunity so I took my camera.

The launch was interesting and was held at the Melbourne Yacht Club Hotel, a snazzy establishment close to the water.

Andrew’s book was launched by Sir Andrew Grimwade patron of Miegunyah Press and imprint of MUP.

Andrew himself was a pleasure to meet, being a friendly soul with an outgoing vibrant personality.

Unfortunately my photos of the launch were not successful, being too blurry. I had the G10 on a different setting to normal, so ended up with less than satisfactory photos in poor light.

Fortunately it was easy to get home from Waterfront City on the 86 Tram, whose terminus is at Waterfront City, and runs through the city to my suburb.