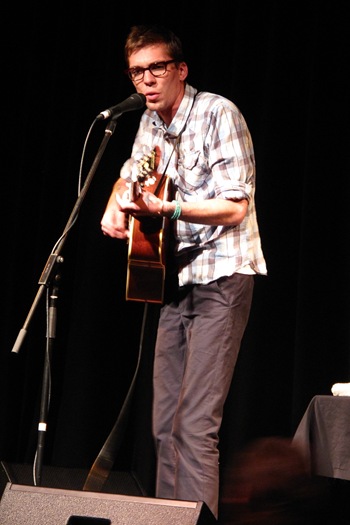 It was the first time I had been to this theatre and I must say I was impressed. It’s a grand old picture theatre which has recently been converted into a music venue. It has great ambience and is spacious and comfortable.

We went for the dinner and show, so were able to remain seated all night and what’s more had a good view of the stage from fairly close up.

Wagons started the show with a lively, funny set. Henry Wagons is a character and his music packs a punch. Very enjoyable it was too, and pleasant change from the usual solo singer songwriter support act one normally has to endure. 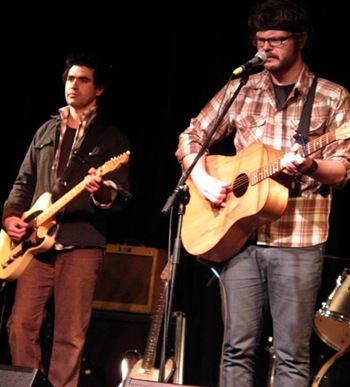 Anyway, on to the JTE show…

Justin bounced on stage and immediately launched into “They Killed John Henry”, the first of a total of 26 songs including encore.

I’ve still yet to decipher my notes and cobble together a set list, but it was a mix of new stuff, covers and of course songs from his albums.

He has an extraordinary stage presence – quite uncanny with his old time radio voice harking back to the past, yet being thoroughly modern at the same time. And of course his absolutely amazing skill on the guitar. Quite a showman is Justin Townes Earle.

I’m still too bleary to write much about the show, but believe me it was fantastically good. I went with people who had never seen Justin Townes Earle live before, and they like me, when I first saw him last year, were totally blown away by his performance.

Awesome, thank you!! Not in Sydney til next Thursday. I do think the geeky glasses are a very hot addition to his act.

Sounds great, all this!
And I like the Buddy Holly Look-Alike!