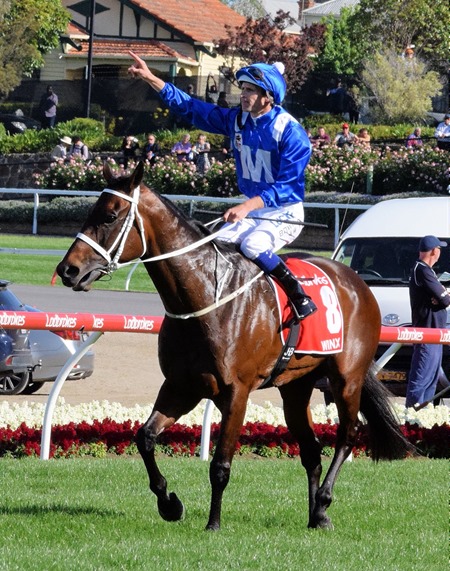 So far the Spring racing carnival has been pretty interesting, but it goes up several notches to peak excitement this coming Saturday with the running of the 2018 Cox Plate.

It’s all because of the magic mare Winx who will be attempting to rewrite history by winning a fourth Cox Plate, a feat never before achieved in the annals of Australian Racing.

Winx faces seven rivals this year, the most threatening being the British horse Benbatl who recently won the Caulfield Stakes at his first start on Australian turf. There are those who opine that he will give her a run for the money and  possibly spoil her party.  He’s obviously a very good horse being a triple Group 1 winner, but can he beat Winx on her favourite track, in a race she has been set for over this Spring?

She’s getting on in years, but appears to be just as good as ever. She looked fantastic at Moonee Valley on Tuesday morning, bright eyed and glowing with health.

Other contenders with claims in the race are Humidor who ran 2 lengths second to Winx in  last year’s Cox Plate, Avilius who won The Bart Cummings at his last start and looks a seriously good horse, but is mainly focussed on the Melbourne Cup. Then there’s the New Zealand  mare Savvy Coup and Winx’s stablemate D’Argento who could easily run a place.

It does look a fascinating race, despite the small field, and all of Winx’s many fans of course will be hoping she wins, and with any luck, by many lengths. Go Winx!

The other Group 1 race this weekend is the Manikato Stakes on Friday night at the Valley.  It has mustered a full field of 14 runners and includes four International raiders (is nothing safe?), all trained by the famed Irish trainer, Aiden O’Brien.  Looking at the form, sole three year old, the speedy Sunlight has the best looking picket fence against her name. I’d be delighted if she won, but she does face some tough competition with the likes of Kementari, Malaguerra, Voodoo Lad and mares Houtzen, Tulip, Invincible Star and Spright, not to mention the aforementioned Internationals.

Sunlight has a 5 to 7 kilo weight advantage over her rivals and has also drawn a handy inside gate, so has an excellent chance of winning her first Group 1 race.

I have decided to take the train to the Valley tomorrow, now that I know where the station is in relation to the racetrack. Trains are more predictable than buses and also not prone to traffic jams. Hopefully I can reach Moonee Valley by 11.00 am.

It’s going to be a long day as the Cox Plate is scheduled for 5.00 pm, but with any luck Rebecca and I can grab a good spot on the fence to spend the day.  We can divert ourselves by getting plenty of photo practice with the earlier races – all eight of them -  as the afternoon progresses.