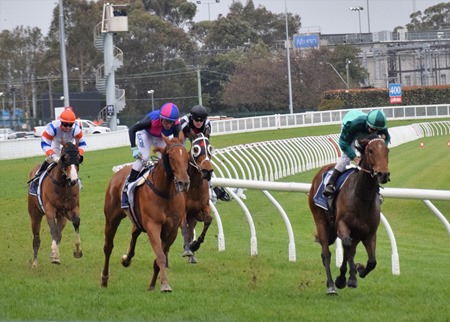 It was supposed to be the first day of Spring, but you wouldn’t know it from the weather.

Yes, it was another wet and miserable afternoon at Caulfield for the first Group 1 meeting of the Melbourne Spring racing season.

Needless to say I’m thoroughly sick of winter and can’t wait for the weather to warm up, which hopefully it will do soon.

It took me rather more time to arrive at Caulfield racecourse than usual, with buses replacing trains to Caulfield Station. I was unaware of the service change when I arrived at Flinders Street, but soon ascertained that I would have to take the express replacement bus. This meant tramping up to the Arts Centre to catch it. Once in transit it didn’t take that much longer than the train, so I reached Caulfield just after Race 3, at around 1.15pm.

You might think that taking photos on rainy afternoons would be tricky lighting wise, but surprisingly the light was not a problem at all. With overcast skies there are no shadows, so the available light is neutral, which is good for photography. The only problem was the rain and keeping the camera dry and the lens unspeckled with raindrops.

Race 4 was the Jockey Celebration Day Handicap, run over 1400 metres. Night’s Watch started as favourite and didn’t let his supporters down with an eye catching win, defeating Lite’n In My Veins by 2¼ lengths with Muraaqeb running third. Apparently , Night’s Watch will be tackling the Dato Tan Chin Nam Stakes next Saturday. 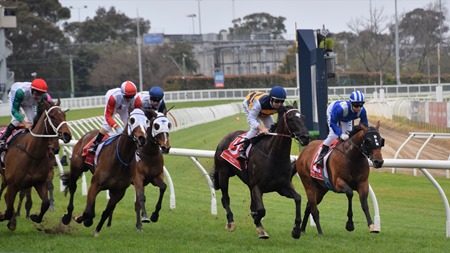 I only stayed for four races and Race 5 was the Heatherlie Stakes, run over 1700 metres. Again the favourite, in this case Call Me Handsome won convincingly from Mr Garcia and Sin To Win.

Just past the post Call Me Handsome still leads 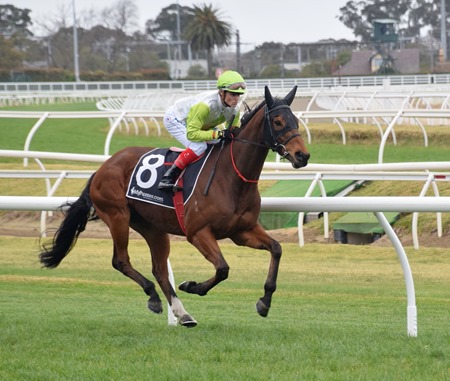 Call Me Handsome on his way to the barriers

Having attracted  a really classy field of three year old Guineas hopefuls, the Group 3 HDF McNeil Stakes was a must watch race. Vain Stakes winner Tony Nicconi was the starting favourite, but he finished out of the placings. Instead, Native Soldier took command from the start, and leading throughout, won by 2¾ lengths to hold out The August storming from the back of the field  with Seabrook taking third place a further length away. 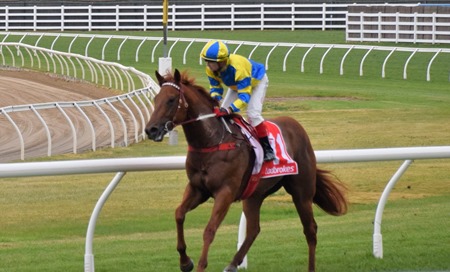 The rain was drizzling down when the contenders for the feature Group 1 Memsie Stakes were parading in the pre-parade ring, but cleared for the race itself. 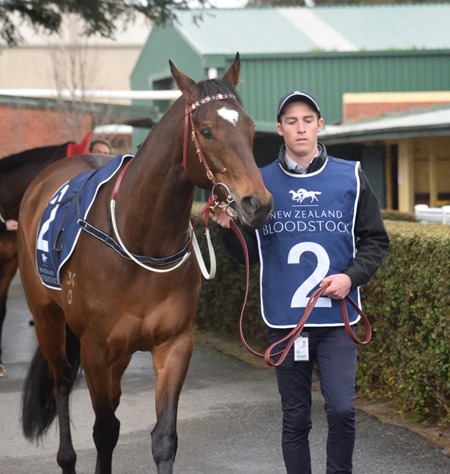 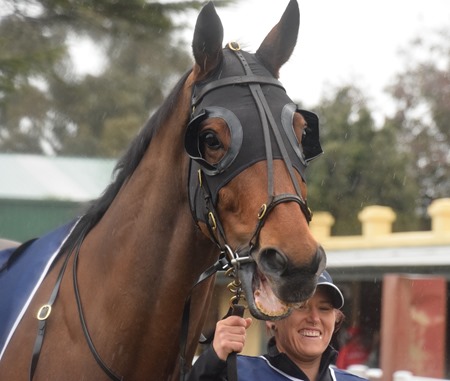 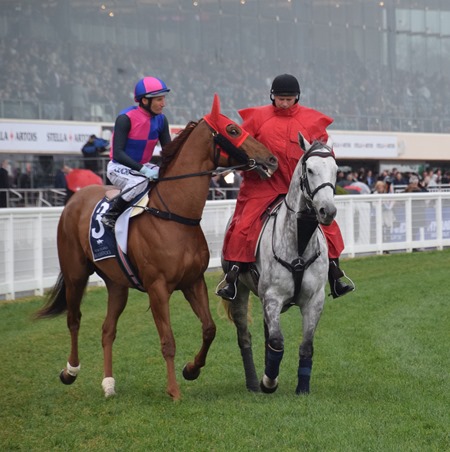 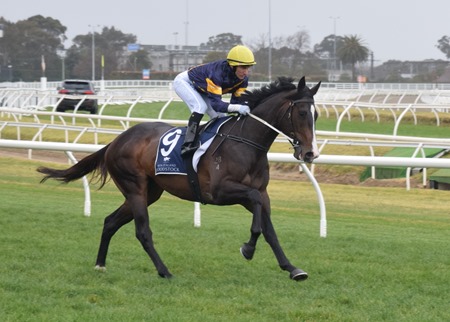 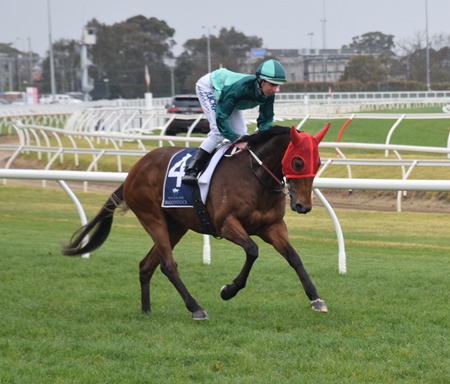 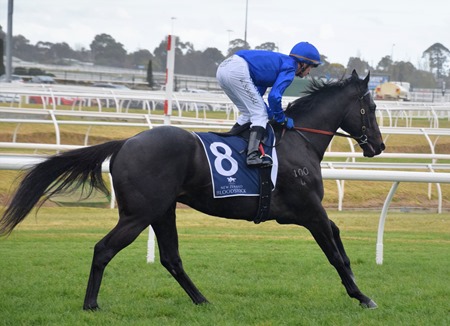 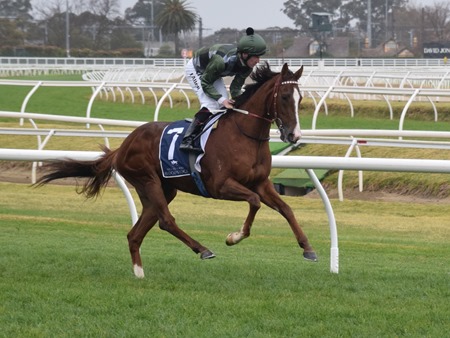 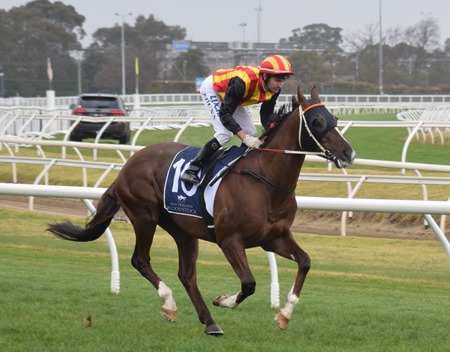 Humidor’s win in the Memsie Stakes took everyone by surprise, though it shouldn’t have as his CV is first class, and he did come close to beating the mighty Winx in the Cox Plate last year. He payed close to $25.00 for the win – very good odds for a horse of his class.

It was a blanket finish with the first five horses all finishing under a length from Humidor who broke through the wall of those horses at the last minute to win. Kementari ,who had a torrid run racing wide throughout, finished second and Kings Will Dream was third. Hot favourite Vega Magic looked the winner at the 400 metre mark, but faded to finish fourth, the wet weather not to his taste.

I didn’t stay for the final two races, even though they looked really interesting. The afternoon had grown chillier as I headed back to the station to catch the replacement bus back to the city.

Next Saturday the racing returns to Moonee Valley for the Group 2 Dato Tan Chin Nam Stakes (AKA Cox Plate Qualifier) for which a super field has been nominated that includes last year’s winner, New Zealand mare Bonneval. Also on the cards is the Group 2 McEwen Stakes, always a good race that attracts a quality field.