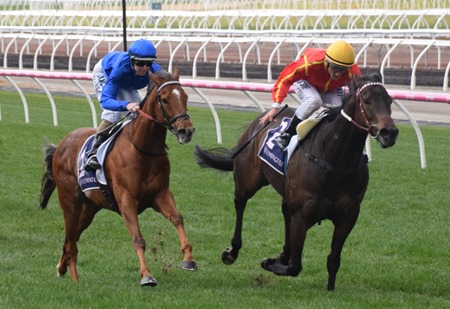 Last Saturday dawned cold and rainy, and certainly didn’t look at all promising for attending the race meeting at Flemington. I almost didn’t go, but as the weather cleared late morning I decided I needed an outing, so headed off in time to catch the final train to Flemington at Southern Cross Station.

Reaching the course just after Race 3, I headed  for the stalls area to see if I could get a photo of Home Of The Brave, having his first start in Australia in the feature race, where he was the starting favourite.

The first equine stars I came across were the Living Legends representatives for the day, Apache Cat and Rogan Josh. 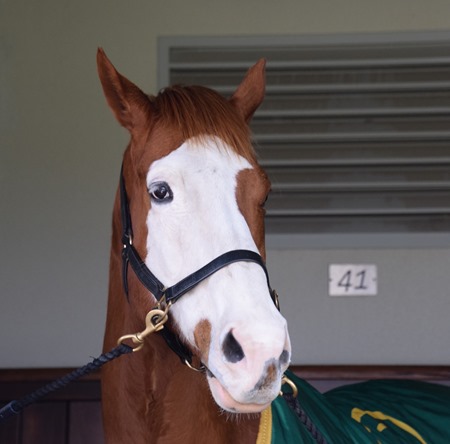 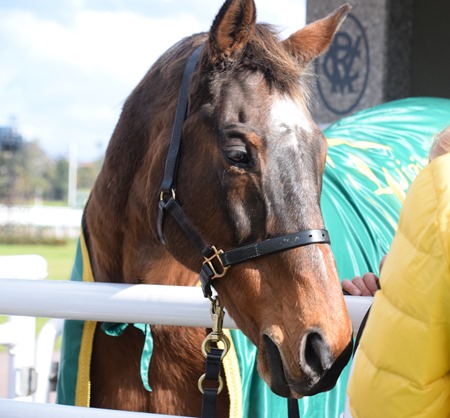 Moving on I came across I Am A Star, who was  kicking off her Spring campaign in the Aurie’s Star… 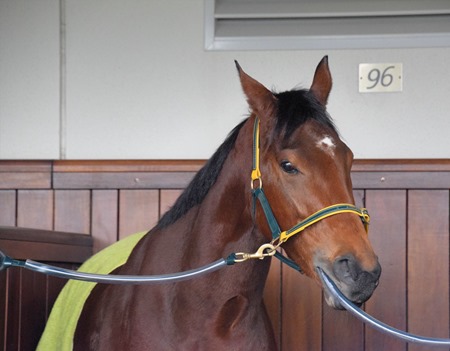 ….and eventually found Home Of The Brave. 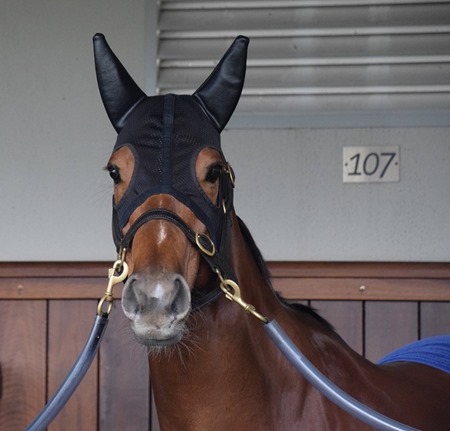 Home Of The Brave

The weather at Flemington during the afternoon was alternately sunny and overcast, and fortunately didn’t rain other than a light passing shower, but it wasn’t all that cold.

Returning trackside I paused to snap a photo of the new Members Stand, which during the Autumn racing season was a building site. It’s now almost finished. 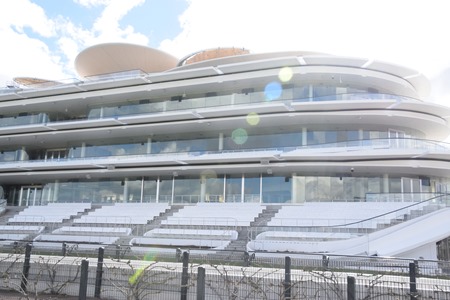 The wide open spaces of Flemington were sparsely populated so I had no trouble taking photos from my favourite spot just past the finishing post. Other than the changing light conditions the other challenge was getting rail free photos with the inside rail being out by 7 metres.

I stayed for four races, the first of these being Race 4, the Rhonda Sexton Handicap, a race over 1400 metres for mares. The oddly named Spanner Head was the winner, with Violent Snow and Chiavari running second and third.

Race 5 was a sprint over 1200 metres and Choisborder turned out to be the first of four consecutive Darren Weir trained winners of the afternoon. 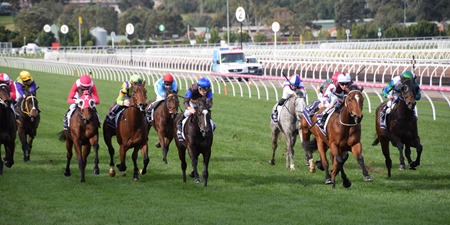 Choisborder hits the front in Race 5 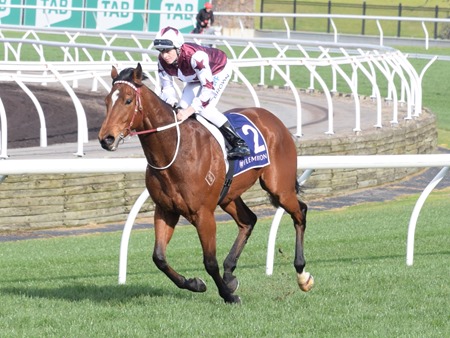 The Darren Allsop Handicap, a race over 2000 metres was up next.  It was of interest owing to the presence of various imported stayers, notably Sir Edwin Landseer having his first start in Australia. 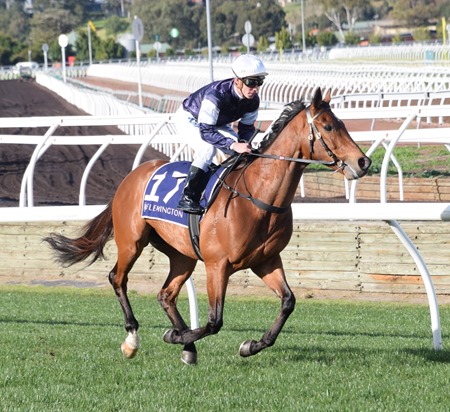 Sir Edwin Landseer on his way to the barriers

The race was won by The Statesman from Fontein Lad and I Boogi. 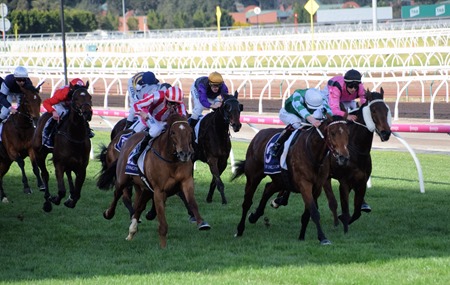 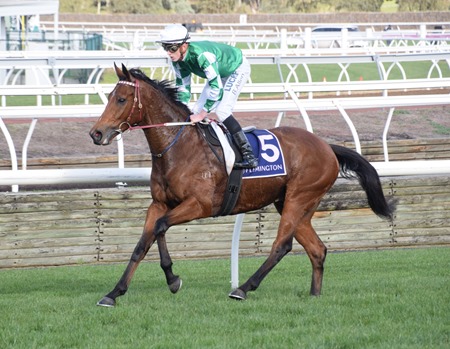 The Statesman returns to scale

As the feature race next to jump I decided to get some mounting yard photos of the contenders. The Aurie’s Star Handicap is a Group 3 race run over 1200 metres. A pretty good field made it interesting. 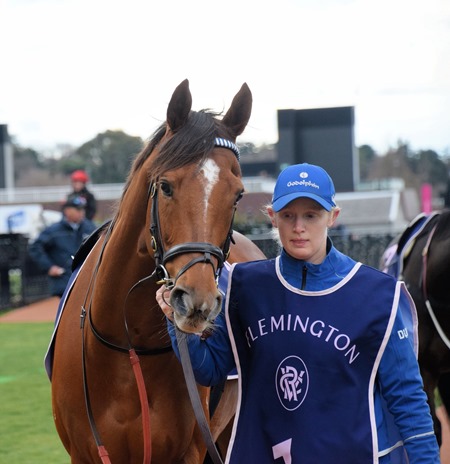 Home Of The Brave – second 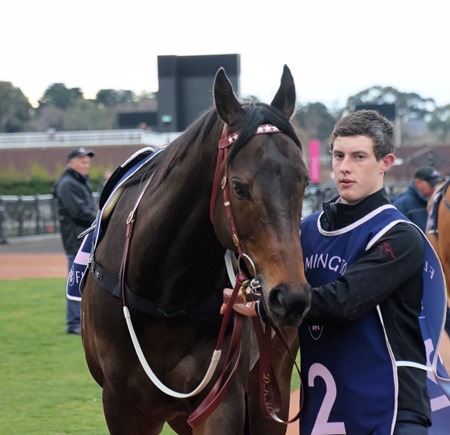 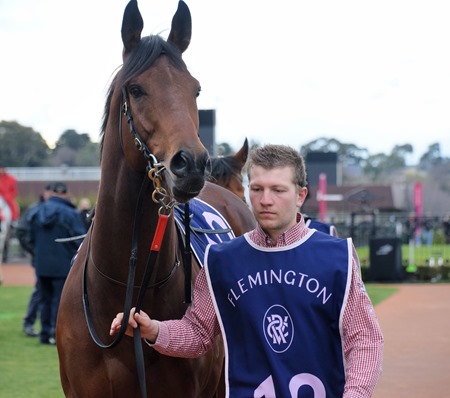 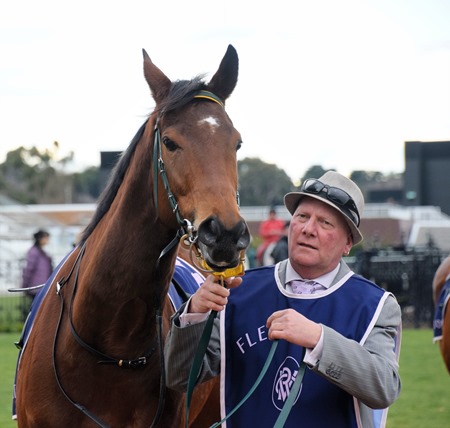 I Am A Star – fourth

Home Of The Brave led the field for most of the race, but he was overtaken close to the finish line by Voodoo Lad who swooped from the back the field to win by ¾ length, with Brave Song finishing third 2¼ lengths behind.

I called it quits after the Aurie’s Star and headed for the station. A thunder storm was threatening as I left, but I managed to get home without getting wet.

Last Saturday’s race meeting was quite enjoyable and it was pleasant to be back at Flemington, but next week offers a much more interesting race card at Caulfield where a number of horsey stars will be resuming in the feature P B Lawence Stakes.

And in Sydney at Randwick, the mighty Winx will be the star attraction, kicking off her Spring in the race named in her honour – the first Group 1 race of the season.