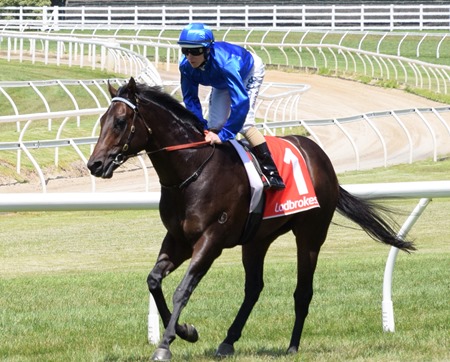 The most interesting races at Caulfield on Saturday, in terms of the Blue Diamond Stakes, were races 1 an 2, the Inglis Premier and the Chairman’s Stakes respectively, so I made sure to arrive at the course in time to watch the first race.

It was a perfect day for the races, the temperature being in the mid 20s, though still hot in the sun as the afternoon progressed.

Kinky Boom, a bargain buy and daughter of Spirit of Boom started as hot favourite for the Inglis Premier having  won a  trial at Morphetteville by 8 lengths in late January. This was her first start in a real race and she was most impressive winning the prizemoney, coming from last to win by 1¾ lengths over Grand Symphony with race leader Aristocratic Miss hanging on for third. 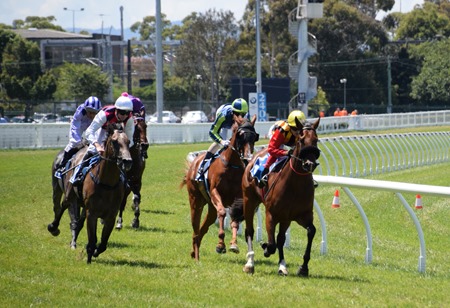 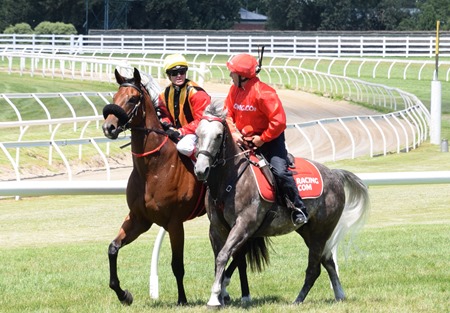 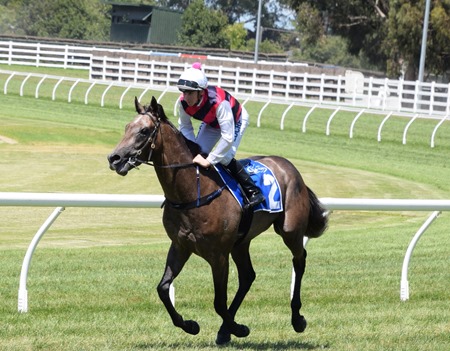 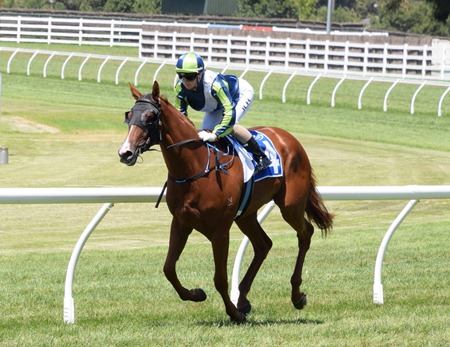 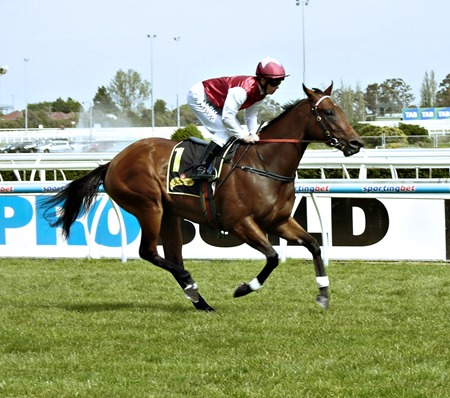 Encryption is her sole foal and I noticed that he looks a lot like her in the head. 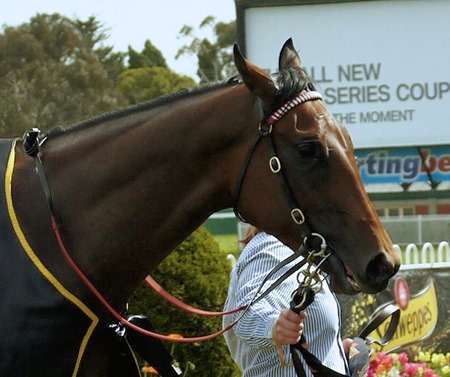 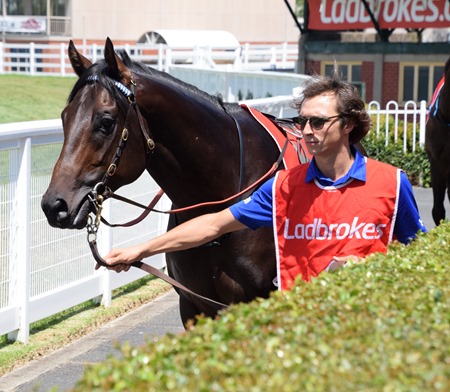 The 1000 metres distance of the Chairman’s Stakes was probably too short for Encryption as he was unable to overtake race leader Ennis Hill and finished 1½ lengths behind her in second place. 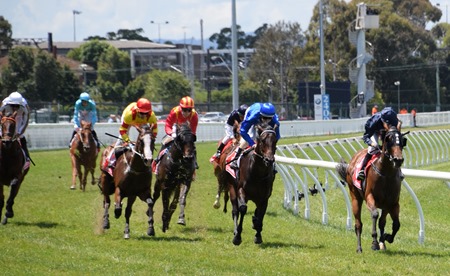 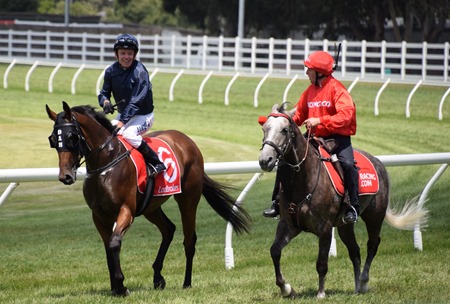 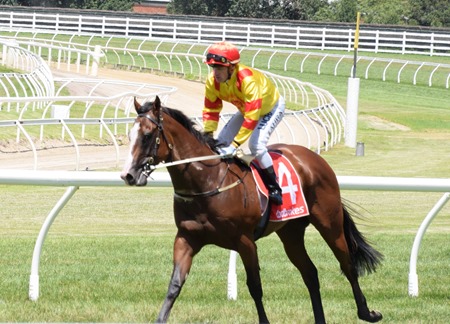 Race 3, the Ian Miller Handicap, included another blue blood in the field, this being Earth Angel, a daughter of Miss Finland by American sire Animal Kingdom.  The tote favourite was Twitchy Frank, but he finished out of a place, the winner being second favourite Paris Rock who scored narrowly over Earth Angel with Lucky Cat running third. 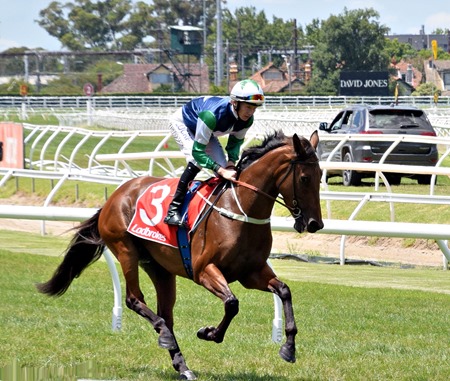 Paris Rock on her way to the barriers 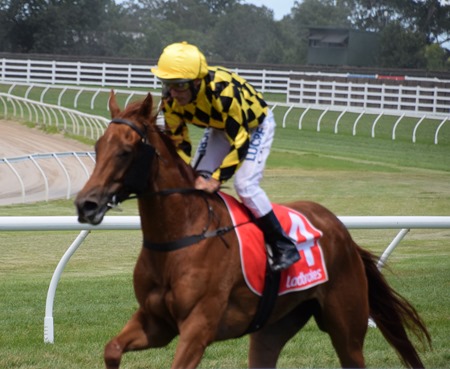 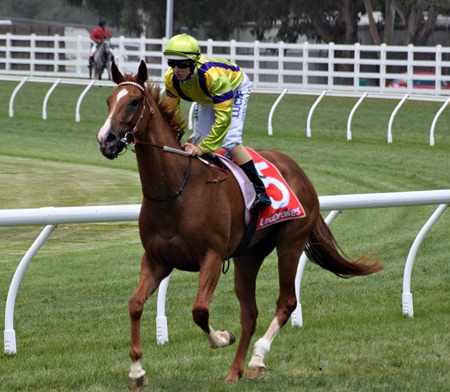 I didn’t stay at Caulfield for the full race card, let alone the feature Group 3 Manfred Stakes, but lingered to watch the next three races.

The Robert Hunter Handicap was the sole race for stayers, run over 2400 metres. The field was not that interesting and I didn’t bother taking photos of the runners returning to scale, not even the winner, outsider Double Bluff, who defeated Dornier and Al Haram.

Race 5, the Ladbrokes Handicap (1100 metres)  was more interesting with the lightly raced unbeaten Eurack, whom I admit I had never heard of, leading from the start to the finish to score comfortably from Handsome Thief and Highland Beat. 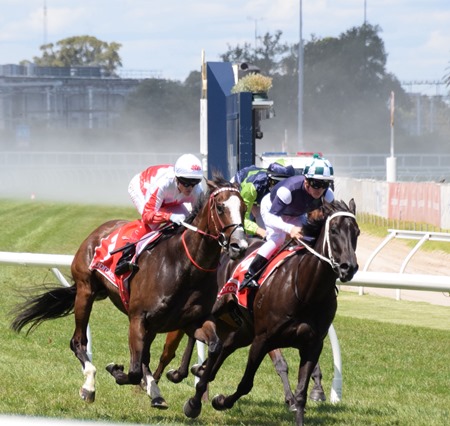 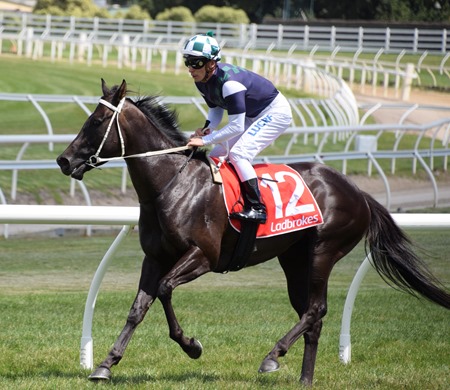 There was a bit of class in the field for race 6, the W J Adams Stakes, a sprint over 1000 metres, that being Snitty Kitty who won the Group 2 Caulfield Sprint back in Spring last year. She started as the warm favourite, and  looked as if she would win easily after leading throughout, but she was pipped at the post by  50/1 shot Lady Esprit. Nasdex finished third. 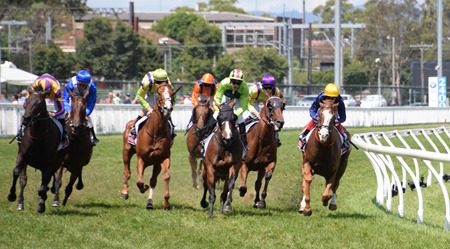 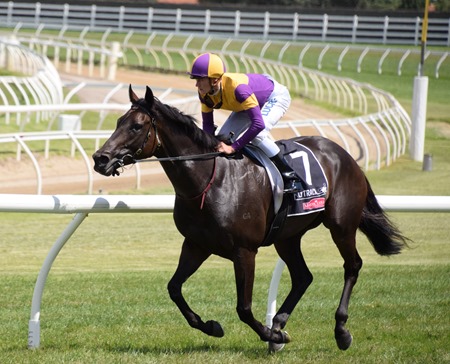 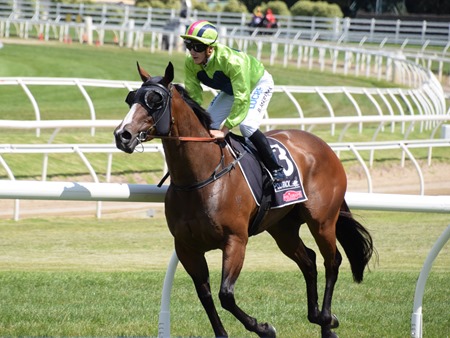 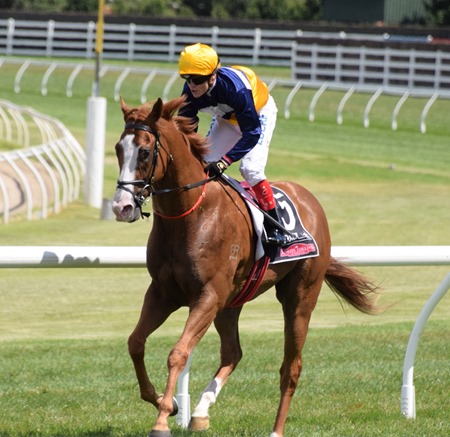 I called it quits after the WR Adams Stakes and headed home.

Next week the racing action heats up with the first Group 1 race of the Autumn Racing Season.

The Orr Stakes is the feature race at Caulfield next Saturday, with two Blue Diamond Preludes on the cards for added interest.