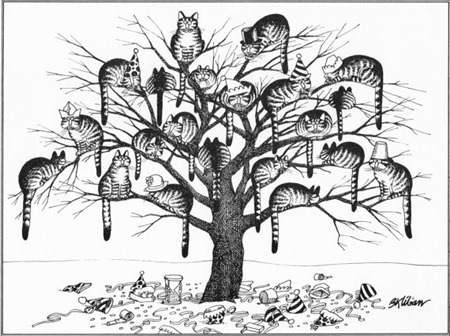 World War III failed to eventuate in 2017, for which we can be thankful, but the odds of it happening in 2018 are much shorter, with Trump and Kim Jong Un causing Global anxiety with their belligerant exchanges of views.

Hopefully, sanity will prevail with 2018 featuring more good news than bad news. With any luck Trump will be impeached, Kim Jong Un will be overthrown, and peace will prevail.

2017 was an eventful year for the Cat Politics domicile, particulary the big move to another suburb and the raising of a new feline companion to fill the gap left by Willy’s death on Boxing Day 2016.

The feline in question is sitting on my knee as I write this post and is being good for change. 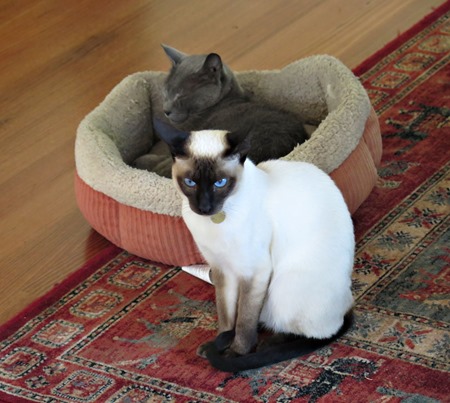 Cats – Talya in the cat bed with Bingo outside

Talya appears to have recovered from her stomach ailment, as she has not inappropriately voided her bowels inside for several weeks.  She has however abandoned her blanket on the chair and readopted the cat bed. I must say that the cat bed purchased in 2015 has been a great success as cats seem to love this particular model.

We had Christmas lunch at my brother’s place and I got to meet my new great niece Florence for the first time. 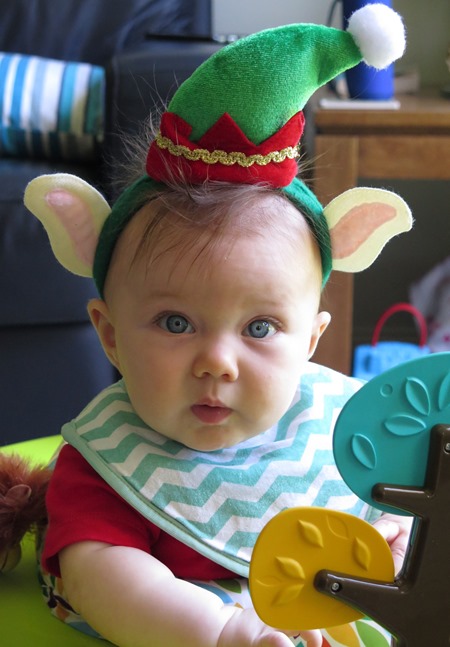 She’s another Leo born into the family. That makes five of us in all.  My youngest nephew became a father this year in November with the birth of baby Tex.  I haven’t seen the nephew for several years as he lives and works in Queensland.

One of the joys of New Year’s Day is putting up a new calendar. I buy a calendar every year and have a huge collection (though I culled it before we moved) of calendars dating back to the 1970s.

This year I purchased the Mimi Vang Olsen cat calendar, which has 12 delightful portraits of cats. 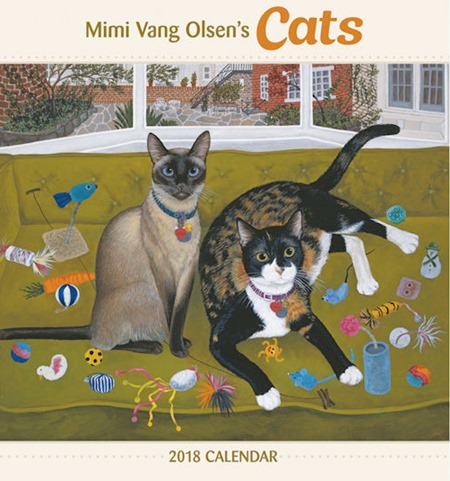 We had a quiet New Year’s Eve as usual and went to bed early, though were awoken briefly by the bang of fireworks nearby around midnight.

I’ve started the New Year with a head cold, awaking with it yesterday morning. Who knows how I caught it, but it’s not that bad so far and my nose seems to have stopped dribbling.

There are a few things I’m looking forward to in 2018 - a Jason Isbell concert in late March, and seeing New York writer and wit, Fran Lebowizt, earlier the same month at the Athenaeum Theatre. I have an ancient copy of her first book, Metropolitan Life, which I enjoyed reading at the time, though it’s a bit dated now.

There are not many books I’m eagerly awaiting in 2018, other than the new Kate Atkinson novel Transcription, and William Gibson is purported to have the follow up to The Peripheral, called Agency out this year as well. No doubt there will be other books that will catch my fancy as the year progresses.

And - I didn’t think I would be writing this again - the 25th Anniversary Edition of John Crowley’s Little, Big, now awaited for 12 years, will hopefully be published this year. It was supposed to come out last year, and must be close to being sent to the printers, according to the latest news on the Little, Big website.  God, I hope it arrives before I die!

Anyway on this first day of a brand new year I’m mostly optimistic that we will all survive to live a few more.

PS The phone and Internet are now working after a technician came and fixed the wiring in the street just after Christmas.