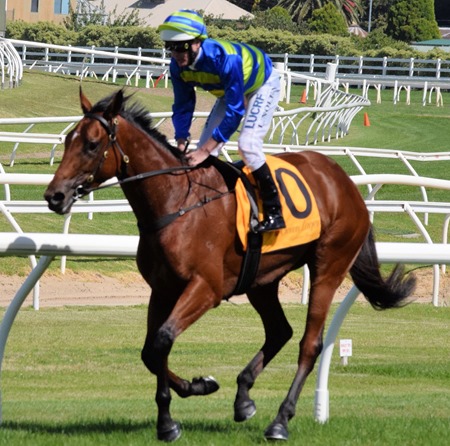 Though there is the Group 1 William Reid Stakes at the end of the months, the main part of Melbourne’s autumn racing carnival finishes on a high note this coming Saturday at Flemington.

The meeting features two time honoured Group 1 races, these being the Newmarket Handicap, a sprint over 1200 metres, and the Australian Cup, a 2000 metre race for stayers.

The Newmarket Handicap is the first of the Group 1 races to run. Last year The Quarterback won the race at big odds, and he is back for another go. He was sensationally scratched from the recent Lightning Stakes after rearing and falling over in the stalls, so if he was not fazed by that setback he is a good chance to win the Newmarket a second time.

Twelve runners will be vying for Australian Cup glory and it has attracted a pretty even field with a number of chances. I’ll be barracking for Jameka who is third up after finishing a close fourth in the two races she has so far contested this autumn.

She ran second to Hartnell over the distance and course in the Turnbull Stakes last spring. With Hartnell not in the field she could well have the race at her mercy. Hugh Bowman will be her rider.

Unfortunately, Nick Hall, who rode her in the spring to victory in the Caulfield Cup, is out of action due to injury, but Hugh Bowman is a good substitute, being an intelligent and skilful jockey and, of course, Winx regular rider.

Her main rivals are Stratum Star who is currently on a winning streak, Awesome Rock who technically won the Australian Cup last year before losing out to Preferment on an upheld protest, Ecuador, The United States, Boomtime, Humidor and Exospheric to a lesser extent who could easily run a place if not win.

Melbourne’s weather next Saturday is expected to be warmish with possible showers that may not eventuate judging by the lack of rain over the past two weeks.

In Sydney as usual it has been a wet week though clearing by Saturday where Rosehill features the Group 1 Coolmore Classic, a race for fillies and mares over 1500 metres.

A super field of 19 starters  - the classiest of the weekend racing – will contest it.

Top picks are fillies Omei Sword, Global Glamour and La Bella Diosa who ran the trifecta in the Surround Stakes, New Zealand filly La Bella Diosa being the boilover winner on that occasion, handling the heavy track better than the runners up. First Seal is the top weight and the class mare in the race, and at her best has to be considered.

That’s my two bob’s worth. Who knows how the feature races will pan out. That’s the beauty of horse racing; anything could happen, and more often than not, does.