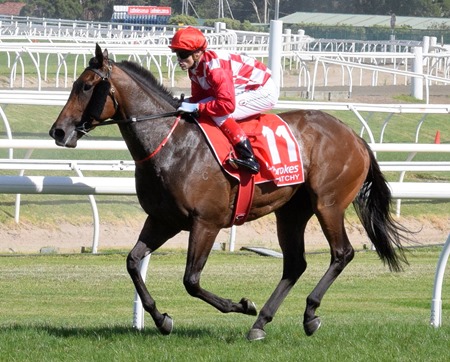 This March, Melbourne has been experiencing a late summer. It has been consistently warmer this month than the previous three summer months.

In Sydney, however, rain has fallen relentlessly over the past three weeks, so the super race meeting at Rosehill on Saturday will no doubt be run on  a heavy track.  This is not all that unusual, as in the past heavy tracks seem to have been the norm for Sydney’s Autumn Racing Carnival.

The meeting  features five wonderful Group 1 races that put Melbourne’s recent carnival to shame with the quality of the fields mustered for the event.

The Group 1 Golden Slipper, the richest two year old race in the world, is the feature event. But the Group 1 George Ryder Stakes is the race that most racing fans will be keenly watching, with wonder mare Winx aiming for her 16th consecutive win.

She will face seven challengers, among them champion sprinter Chautauqua having his first start over 1500 metres.

Back in 2015 Chautauqua and Winx provided the wow performances of the Spring racing carnival, over a night and a day at Moonee Valley; the grey flash winning the Manikato Stakes on the eve of Winx’s first Cox Plate victory.

So it’s kind of wonderful to have them both competing in the same race at a middle distance.

As for the rest of the field, Canterbury Stakes winner Le Romain and 2016 Epsom winner Hauraki are the next best.

The first of the Group 1 races to run is the Ranvet Stakes a race for stayers over 2000 metres. Top pick is of course Hartnell who failed to fire in the Chipping Norton Stakes (won by Winx). If he is anywhere near his best he should win. His main opponents are Antonio Giuseppe and The United States.

Victorian Derby winner Prized Icon is one of the main chances to win the Group 1 Rosehill Guineas, another race over 2000 metres. He’s a stunning black colt trained by James Cummings (Bart’s grandson). He may not handle the heavy track, but Inference the winner of the Group 1 Randwick Guineas certainly can. Also in contention is New Zealand Derby winner Gingernuts , with good wet form to his credit.

Fillies appear to have edge over the colts in the Golden Slipper (1200 metres) with Houtzen, She Will Reign, Catchy, Tulip and Frolic being the top chances. Pariah, Single Bullet and Diamond Tathagata are the best of the boys.

I think both Houtzen and Catchy are exceptional fillies, both unbeaten in four starts, and hope either one of them wins. Whatever the outcome, it looks a fascinating race.

The final Group 1 of the afternoon is a sprint over 1100 metres. The Galaxy has attracted a full field of fourteen sprinters. Top picks are English, Redzel, Fell Swoop, Heatherly and Russian Revolution.

In the racing news today it was revealed that Extreme Choice and Flying Artie have both been retired to stud. So I’m glad I at least got to see them race this autumn.

I’m pleased to note that the Group 1 results at Rosehill, eventuated pretty much as I imagined them. The track was extremely heavy with frequent showers of rain.

The highlight as expected was Winx stunning 7½ length demolition of the George Ryder Stakes field. She sailed effortlessly over the soggy turf to beat Le Romain, with Chautauqua squelching into third place.  It was an emotional experience watching her win her 16th race in succession and 11th Group 1. She’s simply amazing!

The other Group 1 races results:

The Ranvet Stakes was won by 3.3 lengths by outsider Our Ivanhowe who only wins on extremely heavy tracks.  Hartnell finished second and The United States ran third.

Fillies ran the trifecta in the Golden Slipper with She Will Reign winning the bikkies from Frolic and Tulip. Alas, Houtzen who led for most of the race was caught napping and finished 5th. I think the heavy track was not to her liking. Ditto with Catchy who finished last.

I was pleased with Russian Revolution’s win as I’d used a bonus bet on my Sportsbet Account – $20.00 to win.  He was a sort of omen bet, as I’m currently reading a novel that is set during the Russian Revolution, and a bet on the eponymous horse seemed to be the thing to do.

I love to see a wager based on total happenstance be successful. Roll on Russian Revolution. I know more about the actual one than I do about Group 1 racing. I have a dear elderly friend whose mother's family was French-speaking Moscow aristocracy and their estate Otrada was trashed by the bolsheviks. Doing her family history for her was a great course in politics for me.
Also obsessed with western district 1870's homesteads and discovered Carol Altmann's BLUESTONE online magazine. She now has a new Warrnambooly project and may I take this opportunity to promote Women Of The West and lead you to it - The Terrier
x x annie odyne

This was not the first time I've won a bet from reading coincidences. I remember placing a successful bet on a horse called Lampedusa when reading Giuseppe Di Lampedusa's "The Leopard", and another when a character in a Kate Atkinson novel prompted me to put an omen bet on Criterion. So if something like that arises, how can I resist it.

I must admit I am ignorant of the history of the western district, but I understand your obsession with it. Thanks for the link, I'll give it a browse.