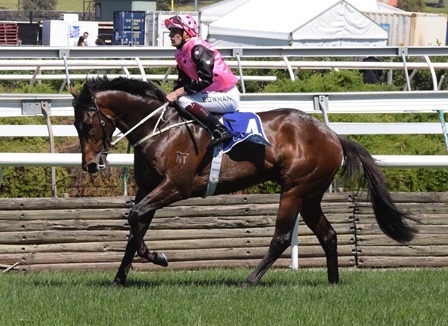 Flemington hosts a super race meeting this coming Saturday, which despite a gloomy weather forecast, promises many thrills, in particular the Group 1 Black Caviar Lightning, a 1000 metre dash down the Flemington straight.

I’ve attended the last five Lightning Stakes meetings, the first two in 2012 and 2013 featuring Black Caviar. The race is now named in her honour - after all she won it three times.

Last year it was won by the grey flash Chautauqua and the year before, the “horse with a heart”, Lankan Rupee, was the victor. Many stars of the Australian turf have won this race over the years – Fastnet Rock, Miss Andretti, Takeover Target, Apache Cat etc.

This year has attracted an intriguing field with several of the younger sprinting brigade such as three year old colts Flying Artie and Star Turn challenging older sprinters Flamberge and Terravista and The Quarterback and all those in between.

Also in the field is speedy mare Heatherly who may well give the boys a run for the money.

Owing to the train timetable, I’ll be obliged to get to Flemington around 1.30pm, which means a fairly long afternoon at the track with the Lightning Stakes scheduled to run at 4.45pm.

Luckily there are several quite interesting races to watch while waiting for the main event. Firstly the Talindert Stakes for two year old Blue Diamond hopefuls. I witnessed Black Caviar’s little brother All Too Hard win the Talindert Stakes back in 2012 at his first start. Interestingly, several  (four) of his progeny are contesting this year’s race, and one or other of them may well win it.

The Group 3 Vanity Stakes for three year old fillies run over 1400 metres and the colts equivalent the C S Hayes Stakes run after it, have both attracted classy fields. The Vanity has Legless Veuve who recently beat the boys in the Manfred Stakes, up against Crown Oaks runner up Harlow Gold and the amusingly named Nurse Kitchen who won a race at big odds on Cox Plate Day last year.

As for the C S Hayes, it’s good to see Hey Doc return to the track. He’s already had one run this season in the Manfred Stakes where he finished third and will probably start as favourite. He’s up against smart colts Seaburge, Morton’s Fork and Inside Agent.

Apparently, according to the VRC website, there will be ten Living Legends present at Flemington on Saturday. They could make a race field themselves if they weren’t in retirement.  They’ll include former Hong Kong stars Silent Witness and Bullish Luck. And who else?

Anyway, I’m looking forward to getting back to Flemington and a pleasant afternoon in the open air among the famous roses.

I think I've only been to Flemington once, Caulfield was my favourite although I doubt I'd recognize anything about it now. It's more comfort sitting down and watching the racing channel coming from one of the stilleto generation, the first generation that is.

Flemington is now my favourite track after Moonee Valley. I used to love Caulfield but they've changed it to the extent that it's unfriendly for amateur photographers or even Joe Public general admission patrons. Flemington is the most beautiful and splendid of the racecourses in Melbourne with its wonderful architectural features and the magnificent rose gardens. Moonee Valley is small and intimate and dynamic as a result.