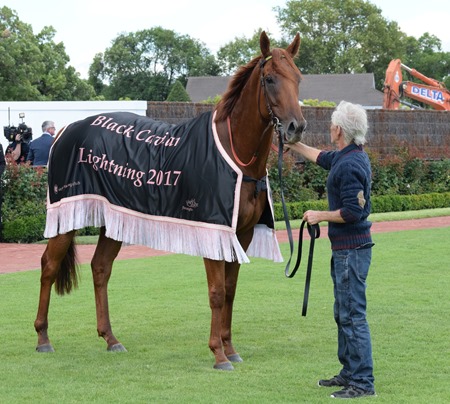 Because the feature race was named for the triple winner of the Lightning Stakes, i.e. Black Caviar, the raceday was advertised as The Great Horse Raceday and ten of the Living Legends were present to celebrate the occasion.

In stall 72 was the popular champion sprinter Apache Cat who, among his other achievements, won the Lightning Stakes in 2008. 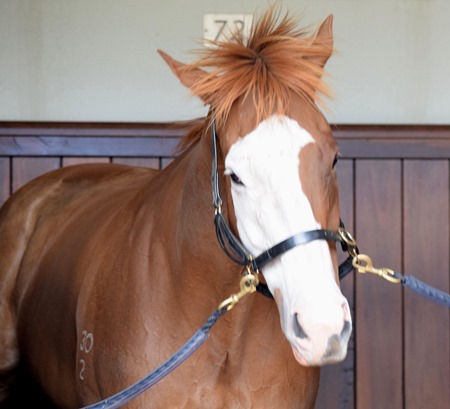 In stall 73 was the 2000 Melbourne Cup winner Brew 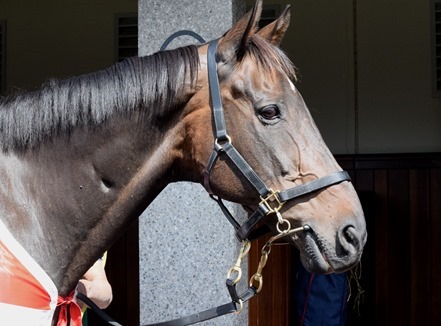 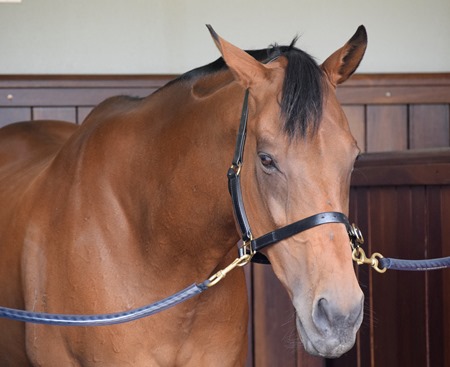 In stall 75 was Efficient who won the 2007 Melbourne Cup 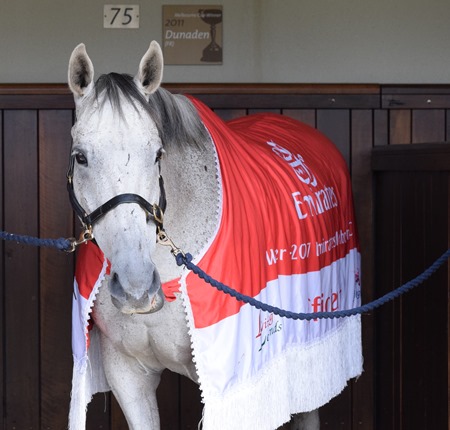 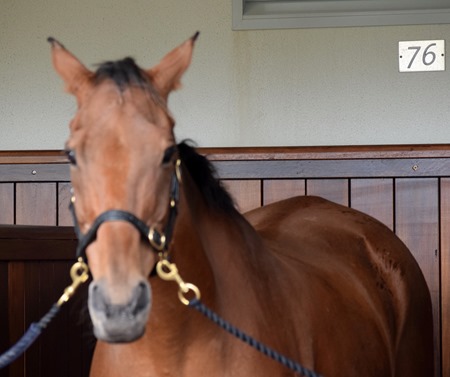 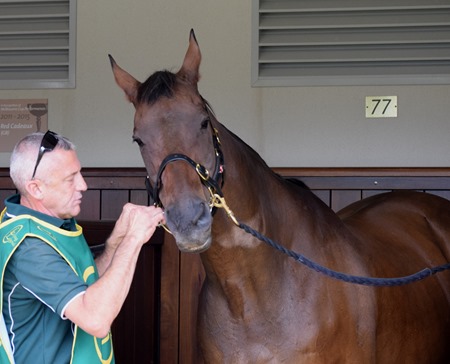 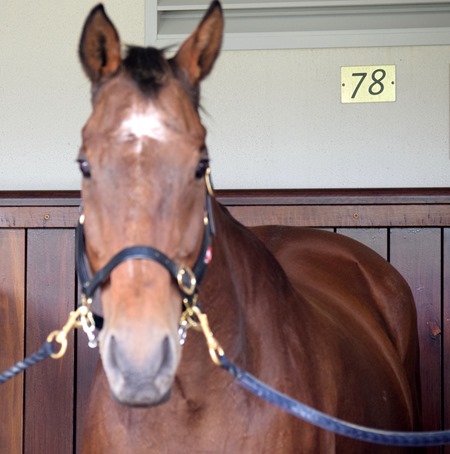 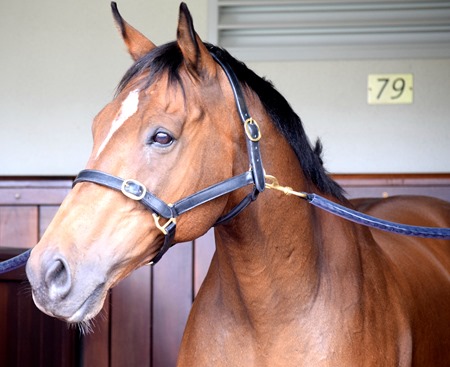 Another Hong Kong star Good Ba Ba was in stall 80 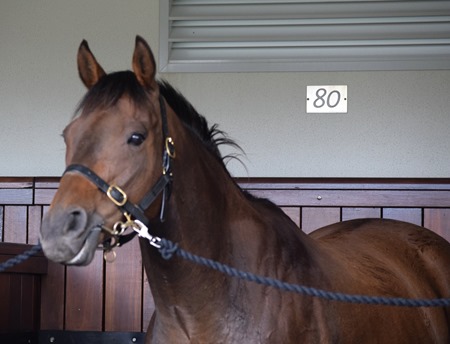 Winner of 17 successive races in Hong Kong, Silent Witness was in stall 81 It was great to see so many of the old gentlemen of the turf together, particularly my old favourites Apache Cat, Efficient and Brew.

I arrived at Flemington earlier than I anticipated just before race 2 in fact.

No sooner had I stepped out onto the public lawn than a heavy shower of rain plummetted down which sent the crowd  scurrying for cover. I took shelter under a beach umbrella with several other cheery souls.

The shower passed quickly so I made my way up to my usual spot just past the winning post to watch the Japan Racing Association Trophy, a not terribly interesting race, but good for photography practice.

It was taken out by Zebrinz with Sadaqa and Duke of Brunswick filling the minor placings. 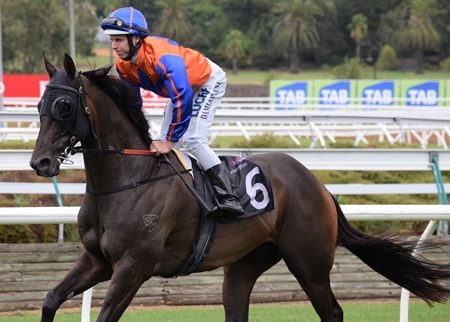 The inner rail was out 9 metres, so it was hard to get photos of horses clear of the outer rail.

After Race 2, I wandered up to the stalls area, which was where I came across the Living Legends all together. I dilly dallied there for so long I didn’t have time to get back to my spot on the fence for Race 3, the Singapore Turf Club Trophy.

It was won by Well Sprung from Boomwa and Kirani.

With Race 4 being the Talindert Stakes the racing action grew more interesting, so I was back in my spot for the race, where nearby the ponies for children’s rides were grazing on the lawn. 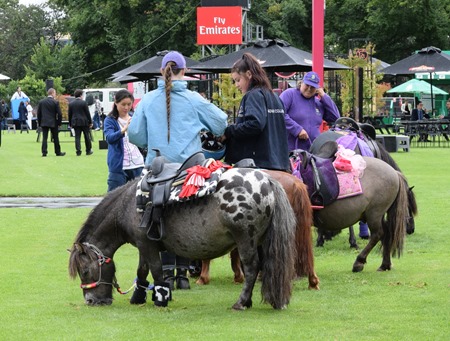 Up further there appeared to be some sort of martial arts demonstration going on to loud music, but I didn’t bother going there to see it.

Ducimus started as favourite for the Talindert and won by a whisker to Taking Aim, with Sanadaat a further length behind running third. 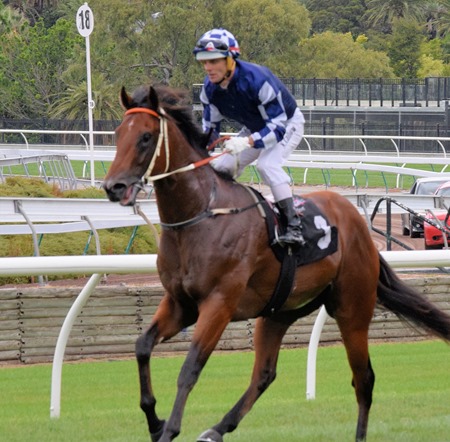 The first of the Group 3 three year old races were up next, the fillies Vanity Stakes being Race 5. Legless Veuve was understandably the starting favourite, but she finished unplaced.

Kenedna was the long shot winner, beating the more fancied runners by over a length. Extra Olives finished second ahead of Harlow Gold. 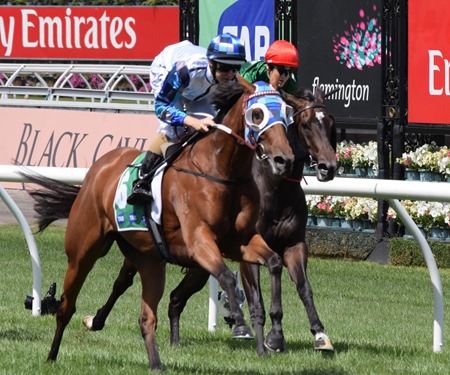 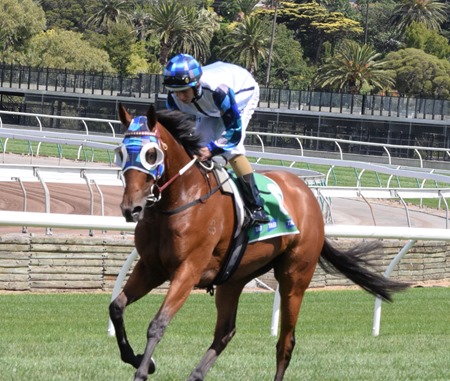 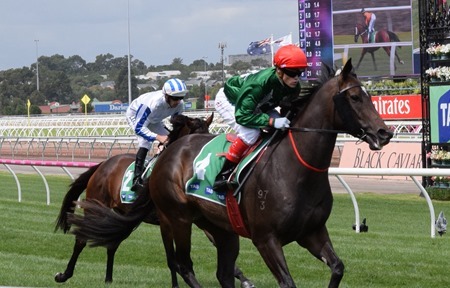 Extra Olives on her way to the starting gates 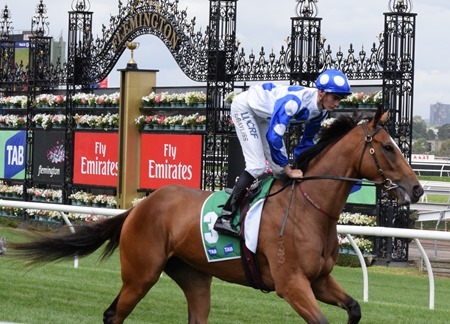 Harlow Gold on her way to the starting gates

I was pleased when Hey Doc was victorious in the C S Hayes Stakes, winning easily from long shots Malaise and Land of Plenty. 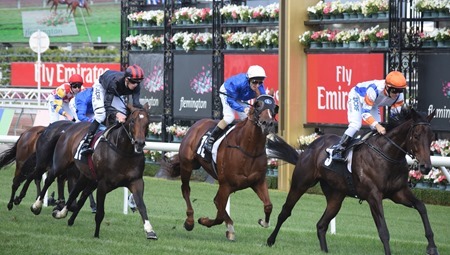 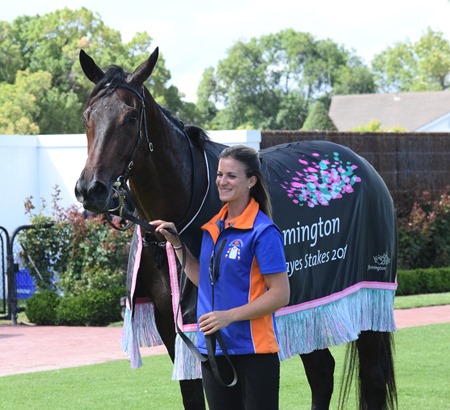 Hey Doc poses for the press in the winners rug 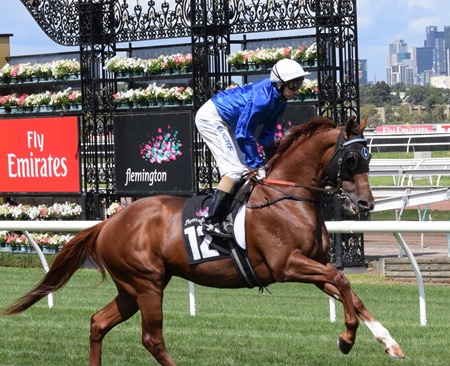 Malaise on his way to the barriers Land of Plenty on his way to the barriers

Throughout the afternoon, brief showers of rain passed through causing a rush for shelter. It was also quite chilly, so I was glad I’d worn a jumper and put on shoes and socks.

There was only one more race to go before the feature event, and this was the Ascot Racecourse Trophy, a race over 2000 metres for stayers.

A great many in the field were unfamiliar to me, so I had little interest in the outcome. Post d’France was the narrow winner to starting favourite Hursley with Annus Mirabilis running third. 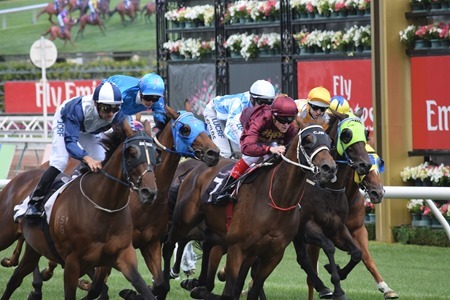 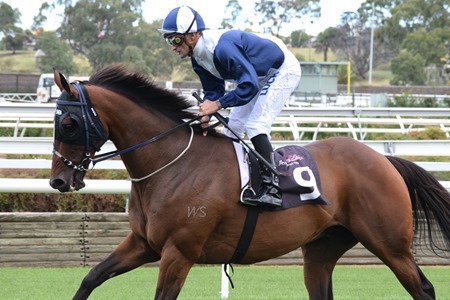 It had been a long afternoon, and I’d got plenty of exercise into the bargain, so it was relief when the Black Caviar Lightning Stakes was set to run.

High drama at the barriers delayed proceedings, when The Quarterback became agitated in the stalls, reared and flipped over, getting trapped under the stalls, collecting a few horses in the stalls next to him.

It resulted in The Quarterback, Fatinaah and Oruju all being scratched. Fortunately none of them were seriously hurt.

So a depleted field of nine finally started, all of them racing in a bunch down the middle of track. Heatherly, Illustrious Lad and Star Turn led the rest until close to the finish line where Terravista broke through for a well deserved win. Spieth finished second and Star Turn hung on for third. 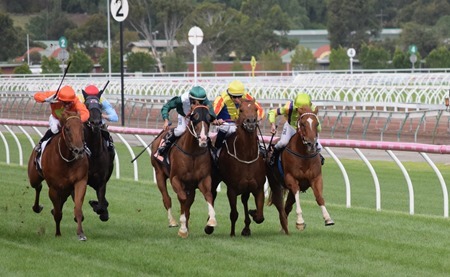 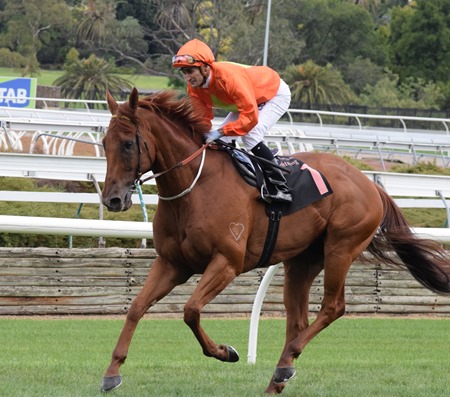 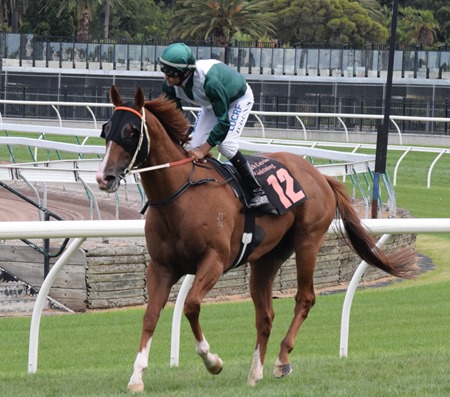 Flying Artie started as the race favourite but finished third last, reportedly over racing and ruining his chances.

Terravista finished an unlucky second in the BC Lightning last year to Chautauqua.

With the Lightning Stakes done and dusted I headed for the station and home, avoiding the centre of the city altogether, which was gearing up for White Night.

Next Saturday the racing action is back at Caulfield for the Blue Diamond Stakes meeting, featuring three Group 1 races. And in Sydney. wonder mare Winx will be contesting the Group 1 Chipping Norton Stakes.