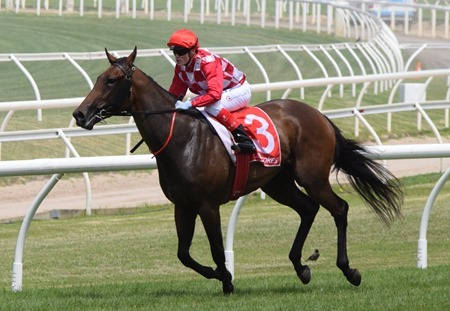 This coming Saturday will be the sixth time I’ve been to the Blue Diamond Stakes Day at Caulfield.

Samaready won the Blue Diamond back in 2012 where I recall the temperature being 40°C . She went on to win several other Group  races, most notably the 2013 Moir Stakes.

The most memorable Blue Diamond Stakes was the 2013 edition where fairy tale filly Miracles of Life romped in and everyone got very emotional.

Having watched most of the build up races I reckon the best chances are colts Property, Jukebox and Pariah and fillies Catchy, Tulip, Formality and Blondie. It being a mad two year old race over 1200 metres, run at speed, anything could happen, but I wouldn’t be surprised if one or more of the abovementioned were in the finish.

As well as the Blue Diamond Stakes, there are two other Group 1 races, the Futurity Stakes over 1400 metres and the Oakleigh Plate, a sprint over 1100 metres.

The Futurity is the first of the Group 1 races on the program, run as Race 5 and has a small field of nine runners. Black Heart Bart is naturally the top pick and short priced favourite.  He narrowly beat Turn Me Loose in the Orr Stakes who may be able to turn the tables on him this time.  Turn Me Loose is a particular favourite of mine, a really pretty young stallion who has been specifically aimed at this race, which he won last year.

Others likely to be in or close to the finish are Lucky Hussler,  Palentino and former Japanese horse Tosen Stardom.

A huge field has accepted for the Group 1 Oakleigh Plate, 18 in all. The interesting runners are Extreme Choice, Fell Swoop, Sheidel,
I Am A Star and Wild Rain.

The support card at Caulfield is also worth the price of entry, with two Group 3, and three Group 2 races.  I’m looking forward to seeing Jameka again, who is running in the Group 2 Peter Young Stakes.

In Sydney at Randwick, the wonderful Winx will be aiming to win her 15th race in succession in the Group 1 Chipping Norton Stakes. Most of her rivals are resuming stayers along with long time rival Hartnell who is yet to get the better of her.  Here’s hoping she keeps her winning sequence intact.