Welcome to the New World

Like almost everyone on the planet I took careful notice of the US Election as it unfolded, and was suitably appalled that Donald Trump is to be the new President. In fact I found the result thoroughly depressing and disheartening.

Anyway, life goes on and who knows what the future holds in the new world where the unthinkable has come to pass.

It’s one of those turning points in history, as happened after 9/11, and the world will never be the same again. There will be those born after the turning point who will not even wonder what the world was like before – not much chop to tell the truth.

As there is little the individual can do to change things, one can be thankful  for the small joys of life.

One of them is cats, who couldn’t give toss about the new world order as long they have food to eat, a place to sleep and a human slave to attend to those needs.

Which brings me to the resident cats and their political situation. 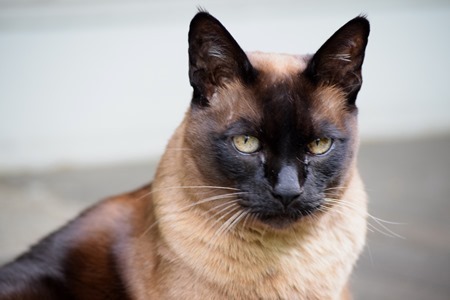 Actually they are pretty blase with each other these days, though not actually friends.

Talya has been over grooming for some years, that is ripping her fur out, so that great drifts of it are all over the house. Who knows why she does this, but I think originally she started off stressed and the over grooming has become a nervous habit. 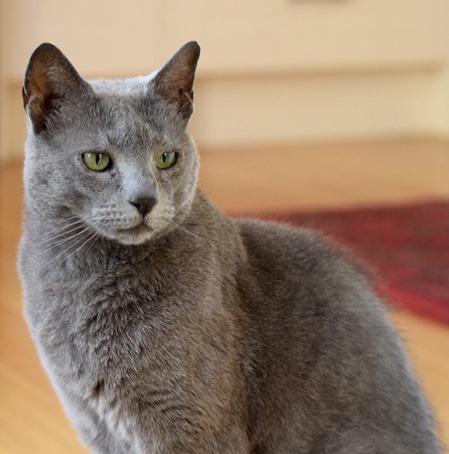 Talya – you can see the fur is thin on her back

We have consulted the Vet several times about this behaviour and tried several “cures”, initially a chinese herbal happy pill, then cortisone tablets. Neither worked.

We now have her on clomicalm, an antidepressant that has certainly affected her behaviour in that she has become less anxious. She’s slightly zoned out, but still has a hearty appetite.

Her relationship with Willy has noticeably improved as stand offs in doorways are less aggressive than they used to be. The cats pass by each other peacefully and neither takes a swipe at the other.

Of course all that may change when she comes off the clomicalm; cross fingers it doesn’t.

The only stress the cats face is other cats invading their territory. Not so much the next door cats, with whom they have a truce, but a black and white cat from somewhere else that has been causing a fracas in the neighbourhood. If there is growling and howling, it is always that cat at the centre of it.

The above two photos were taken with the Nikon camera. I love the way it blurs out the background when you use the zoom lens.

It will be interesting to see how the new world comes to pass with  Donald Trump at the helm of global power.