He or She? Bart or Winx–Caulfield Guineas Day 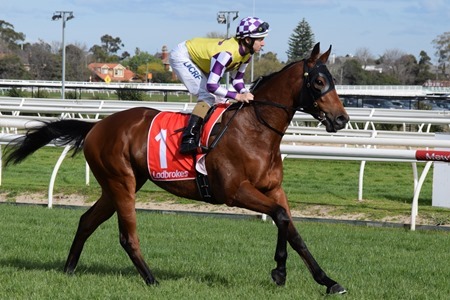 Sacred Elixir – one of the main fancies for the Caulfield Guineas

A fantastic day of first class racing is coming up this Saturday at Caulfield with four super Group 1 races on the program.

For a start, the best racehorse in Australia, the wonder mare Winx will be making her first appearance in Melbourne this Spring in the Group 1 Caulfield Stakes (2000 metres). She’s scared off the opposition and will face only two other horses, Black Heart Bart and He Or She.

I can’t remember a Group 1 race with only three acceptances happening in my time, even when Black Caviar was racing, though I recall what seemed to be three horse races back in the 1960s when Tulloch, Lord and my old favourite Dhaulagiri competed against each other on several occasions, taking turns to win.

Anyway, Winx should shoe it in – perish the thought that she could lose.

The Caulfield Stakes is the first of the Group 1 races scheduled, and the second is the Thousand Guineas for fillies over 1600 metres and it has attracted a field of fifteen classy fillies. Sydney fillies Foxplay, Global Glamour and Smart Amelia will be taking on the local girls in what looks a great race.  La Luna Rossa, Legless Veuve, Harlow Gold, and Leotie all have good form at Caulfield and could deny the Sydney girls the prize.

Last year the Caulfield Guineas was run as the last race on the program, which made it an extremely long day. This year it will be run at the reasonable time of 4.30 pm.

Again it is a case of the local boys against the Sydney star colts Impending, Divine Prophet, Evacuation and Good Standing.

New Zealand colts Sacred Elixir and Saracino and local boys Hey Doc and Kaching all have a good chance to steal the show, particularly Sacred Elixir who won the Caulfield Guineas Prelude and previous to that the Group 1 J J Atkins over winter in Queensland.  I reckon Hey Doc has as good a chance as any. He’s been impressive the only two times I’ve seen him race and could be worth a small bet a good odds.

The Toorak Handicap is the last of the Group 1 races at Caulfield and is an open race over 1600 metres. It also has attracted a classy field that includes former Japanese galloper Tosen Stardom, Dato Tan Chin Nam Stakes winner Awesome Rock , Rupert Clarke Stakes winner Bon Aurum, Royal Rapture who has won his last five starts in succession, and He’s Our Rokkii, also is in great form having won his last four starts. Any of the above could win.

The final race at Caulfield, which I will be sorely tempted to stay for, is the Group 2 Schillaci Stakes, a sprint over 1100 metres.  Turn Me Loose, the Murray Baker trained stallion will be having his first start for the spring in this race. He is an exceptionally pretty boy, and also a multiple Group 1 winner in Melbourne, but the Schillaci may be too short for him, his best distances being 1400 to 1600 metres.

Also back on the scene is Fell Swoop, a very talented sprinter who  has excellent form in Melbourne.

Flamberge, the top weight, has a great chance to take out the Schillaci Stakes, his first up form being first class. He’s also a double Group 1 winner winning the Oakleigh Plate and the William Reid Stakes back in autumn.

Other class acts worthy of consideration are Hucklebuck, Malaguerra, sole mare Ocean Embers and three year old colt Star Turn thrown in at the deep end with a lightweight.

The weather on Saturday in Melbourne is forecast to be mild and possibly sunny, with a light wind, so it will be pleasant to venture once more to Caulfield to experience the thrill of Group 1 racing.

I don’t feel compelled to get there early, but anticipate arriving around 1.30 -2.00pm, so it won’t be as long a day as it was last year.