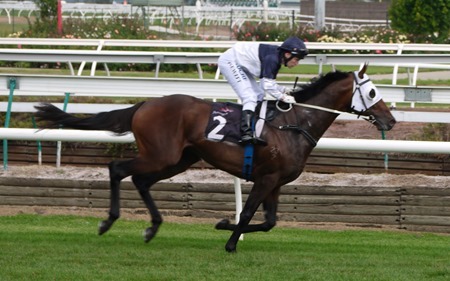 Black type racing is over in Melbourne until spring, so it is cheering that the Sydney Championships can keep the interest alive for a few weeks yet.

And what a beauty of a race meeting it is this coming Saturday at Randwick with four Group 1 races on the cards,  involving several exciting stars of the turf.

The first of these is super star Winx, who will be endeavouring to add the prestigious Doncaster Mile to her list of Group 1 wins.

Winx reminds a lot people of the great New Zealand mare Sunline who won the Doncaster twice, and ran second in a third attempt, as well as winning two Cox Plates among many other Group 1 races, but Winx still has a long way to go before she equals Sunline’s record.

As she is only four, she has plenty of time if she stays sound. She is indubitably the most exciting racehorse in Australia at present, having won her last eight races, five of them at Group 1 kevel.

Naturally she will start as hot favourite for the Doncaster, and though it is hard to see her get beaten, other runners with a chance are Kermadec, runner up to Winx in the George Ryder Stakes and Doncaster Handicap winner last year, old rival First Seal, wearing blinkers for the first time, Turn Me Loose, who blew his chances last start overracing, and  Azkadellia who always runs an honest race.

As previously mentioned the race card boasts three other Group 1 races, the first being the Inglis Sires for two year olds over 1400 metres. There are no super stars in the field so it’s pretty wide open. Prime chances are Seaburge, Yankee Rose, Teleperion, Detective, Attention  and Zamzam.

The TJ Smith Stakes is a time honoured sprint and has attracted a classy field of contestants that include Chautauqua (last year’s winner) Exosphere, Terravista, Delectation, Flamberge and Fell Swoop.

Tarzino, the most promising young stayer in the country, is the top pick for the Australian Derby.  His main opposition comes from the classy Jameka, taking on the boys again, and Tally who is on a four run winning streak.

Despite Sydney having heavy rain earlier the week, the track at Randwick shouldn’t be too soggy, unlike last year, where the meeting was cancelled until the the next day due to the inclemency of the weather.

As anticipated, it was a fantastic day of racing at Randwick yesterday.

All the winners of the Group 1 events produced dominant performances.

Tarzino was on his wrong leg in the Australian Derby and failed to run a place. The race was won by an outsider, the New Zealand trained Tavago romping in by over three lengths. Jameka ran her usual honest race and finished second ahead of Tally in third place.

The grey speedster Chautauqua, as is his style, produced a heartstopping last to first finish in the TJ Smith Stakes, winning the race for the second time in succession.  Fell Swoop ran the race of his life and finished second ahead of the filly English.

And, wonder horse Winx, who looked in non winning position in the straight with 300 metres to go,  having raced at the tail of field for most of the race, broke through a wall of horses to score a two length victory over Happy Clapper and Azkadellia in the Doncaster Mile.