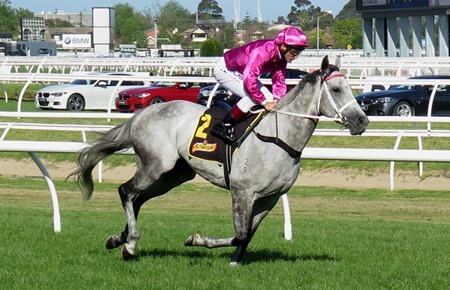 It was announced earlier this week that Catkins has been retired. She was a much loved mare with a huge following during her sterling race career and I admit one of my favourites.

Known as the punters pal, she always ran an honest race and it’s a pity she never won a Group 1, though she finished second or third in quite a few of them. Her record stands at 16 wins from 38 starts, most of her wins being at Group 2 and Group 3 level.  I’ve followed her for several years and always looked forward to seeing her race. Enjoy your retirement sweet Catkins. I hope your babies are as pretty as you.

Meanwhile, the excitement of Group 1 racing continues this weekend at Flemington and Randwick and includes the ridiculous scheduling of two Guineas in two States – the Randwick Guineas in Sydney and the Australian Guineas in Melbourne.

Surprisingly both Guineas have attracted reasonable fields, the Melbourne Guineas being overall more classy in content.

The Randwick Guineas looks as if it will be a walkover by top colt Press Statement, who won the Caulfield Guineas in spring last year, and kicked off his autumn campaign in the Group 2 Hobartville Stakes on 20 February with an easy win.

On that occasion he out ran Le Romain and Montaigne and most of the rest of the field contesting the Randwick Guineas, so you really can’t see him being beaten, unless Melbourne invader Tulsa or sole filly Stay With Me can mount a challenge.

Sixteen three year olds will contest the Australian Guineas at Flemington, and most of them are good enough to win the race.

You’ve got star New Zealand colt Xtravagant having his first start in Australia and recent results indicate that it is unwise to ignore the kiwi runners, Turn Me Loose and Risque for instance. Xtravagant makes a habit of winning his races by 8 lengths on good tracks. He’ll get a good track on Saturday as it hasn’t rained in Melbourne for ages, and none is forecast in the near future.

Risque is in the field along with talented former Western Australian filly Perfect Reflection, and Crown Oaks winner Jameka, challenging the boys. Several fillies have won the Australian Guineas, the most recent being Mosheen (2012) and Shamrocker (2011).

All in all it looks a fascinating race.

The Flemington support card is moderately interesting, but the Randwick card is much more classy with another Group 1 race on the program along with several choice Group 2 events.

The Group 1 Canterbury Stakes run over 1300 metres has a small but select field that includes top runners Criterion, Kermadec, First Seal, Our Boy Malachi and Holler.  Last year the Canterbury Stakes was won by Cosmic Endeavour from Catkins and Criterion, so that bodes well for First Seal, who returned from a long break with a stylish win in the Millie Fox Stakes .

Worthy of interest is Race 2 on the Randwick card,  the Todman Stakes, a Group 2 race for two year old colts and geldings over 1200 metres. It has a super lineup of six in form colts headed by Magic Millions Two Year Old Classic winner Capitalist, who is yet to lose a race from three starts. Trying hard to lower his colours will be Silver Slipper winner Astern and Talindert Stakes winner Weatherly, not to mention Tessera who has won two from two starts and Defcon who has run second to both Astern and Tessera and could well be in the finish again.

I’m looking forward to going back to Flemington on Saturday for the second last Saturday of the Melbourne autumn racing carnival. A bonus will be seeing the Living Legends representative, 2000 Melbourne Cup winner Brew.  He won me heaps of money that day when he romped in at big odds. He is regally bred, being one of super sire Sir Tristram’s sons, from champion New Zealand mare Horlicks who won the 1989 Japan Cup in world record time. I hope to give Brew a pat, and try to get a good photo.