How Suavito It Is– Orr Stakes Review 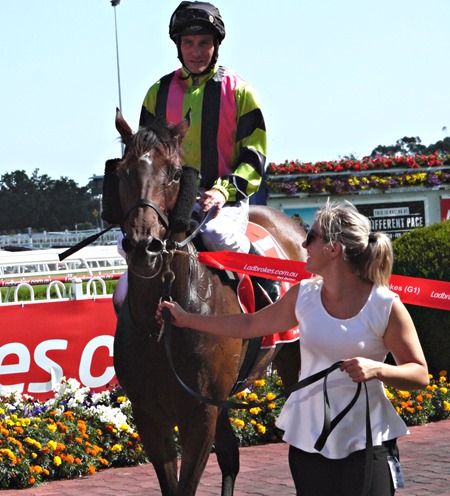 Suavito parades in the mounting yard after winning the Orr Stakes

The current dry spell in Melbourne meant that the track at Caulfield was good and fast, and the afternoon was hot and sunny, which certainly increased the crowd numbers at Caulfield racecourse, particularly children who were in abundance.

I arrived at Caulfield just as Race 1 was about to start. I watched it from the fence on the front lawn, but failed to get any usable photos as I didn’t notice that the Optical Image Stabiliser on my camera was turned off.

With only 30 minutes separating races, there was not much time to wait for Race 2, the Group 3 Kevin Hayes Stakes,  the main attraction being New Zealand filly Risque having her first start in Melbourne, or indeed Australia.

She lived up to the hype with an impressive win, coming from the back of the field to swoop on the leaders and score by half a length from Mossin’ Around and Cana. 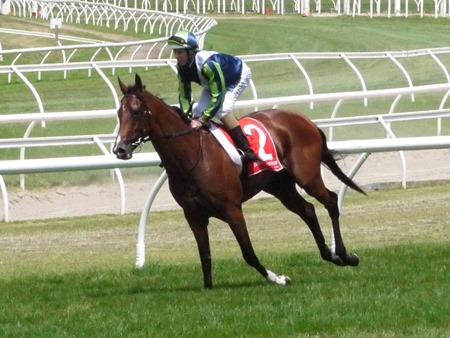 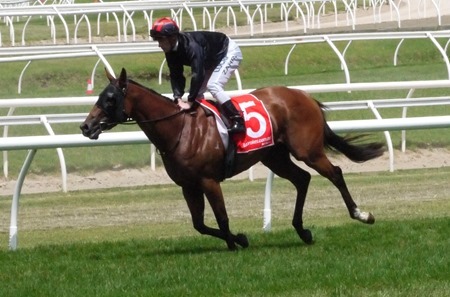 Mossin’ Around returns to scale 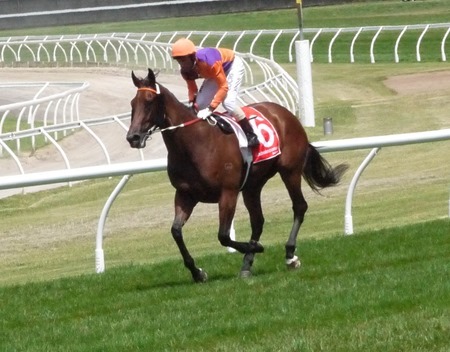 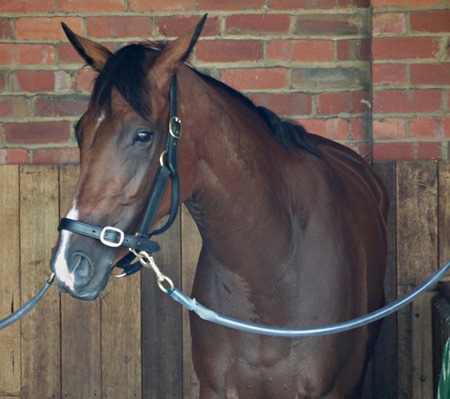 Risque in her stall

Race 3 was the first of the Blue Diamond Preludes to be run and I grabbed a possie on the mounting yard fence to watch the fillies parade. 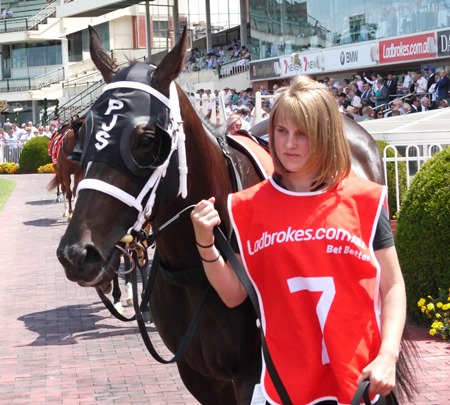 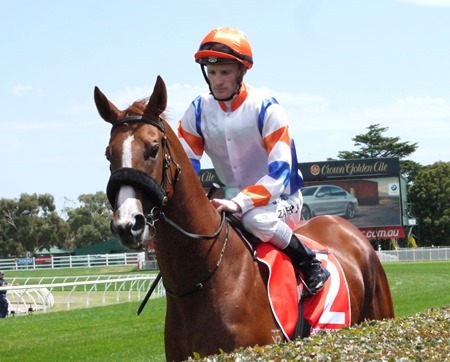 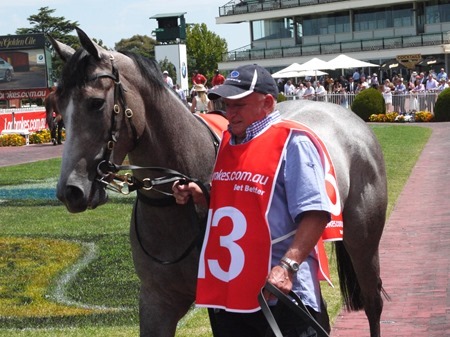 The colts version of Blue Diamond Prelude followed shortly afterwards and was won by the favourite Flying Artie, who narrowly scored over a fast finishing Star Turn with outsider China Dream running third several lengths behind the leading pair. Flying Artie did it tough, running wide through most of the race, impressing his jockey, Damien Oliver, who has now chosen him as his Blue Diamond Stakes ride over his stablemate Extreme Choice who won the weekend before with ease.

Flying Artie is about to overtake Star Turn in the straight approaching the finish line.

The most commanding win of the day was that of speedy filly Heatherly in Race 5, the Group 2 Rubiton Stakes, where she left the rest of the field, including Group 1 winner Politeness, in her wake, winning by almost six lengths, after leading from start to finish.

The burst mode on my camera shows Heatherly, then daylight, then the rest of the field. 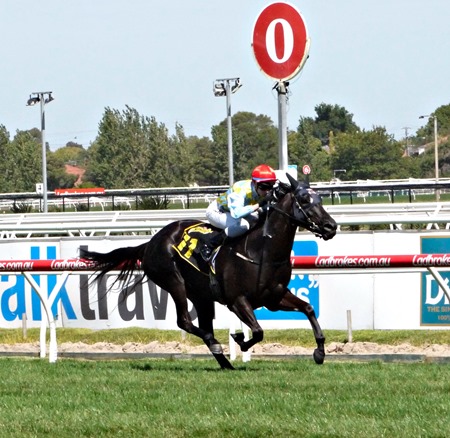 Heatherly burns up the straight for a commanding win 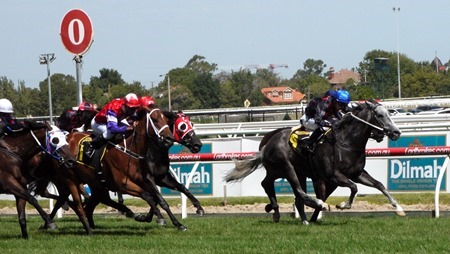 The rest of the field in hot pursuit

Politeness, who was too far back to catch Heatherly,  ran second with Just A Bullet running third.

The afternoon whizzed by fast, so for a day billed as “relaxed racing” the 30 minute intervals between races made it seem quite frantic.

Soon enough,  there was only one more race to run before the feature.

In between races I hung around the stalls area, checking out the horses in their stalls and in the walking ring. 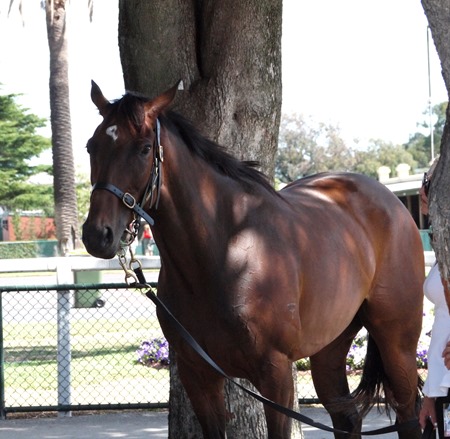 Suavito relaxing in the walking ring 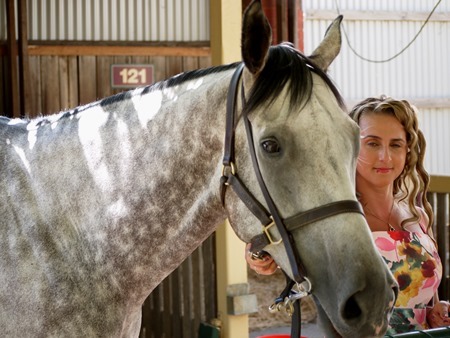 Fawkner outside his stall 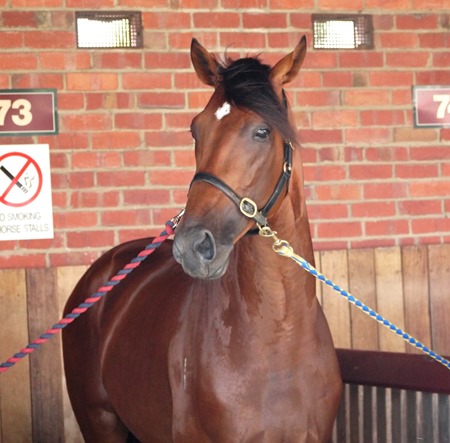 Turn Me Loose – the prettiest horse of the day, in his stall 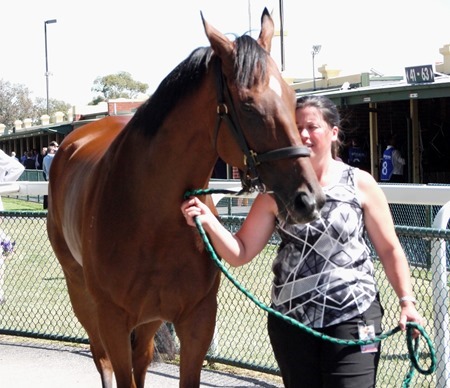 Mourniho in the walking ring 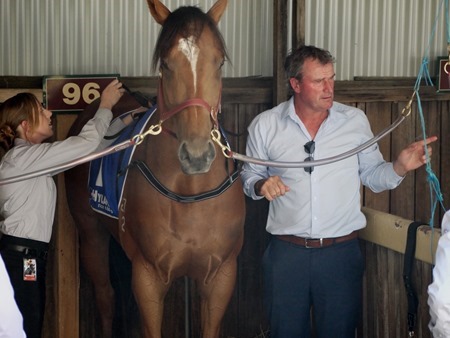 Mahuta added another paling to the picket fence next to his name in the racebook, registering his sixth straight win from seven starts in the Group 2 Autumn Stakes.

He beat a classy field of fellow three year olds, leading practically from the start to defeat sole filly Sailing By, and Snoopy in a close finish. Tarzino flashed home from the rear of the field for an eye catching fourth. 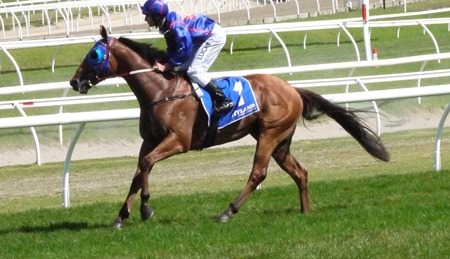 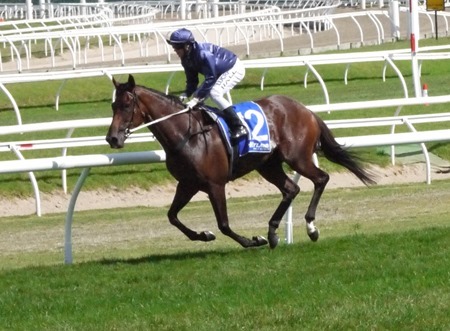 Sailing By returns to scale 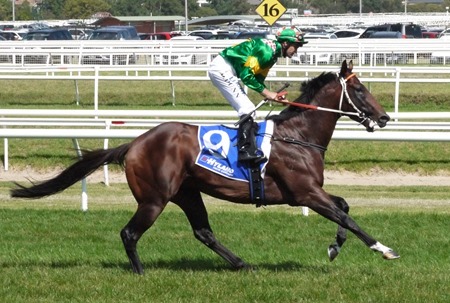 Snoopy on his way to the barriers 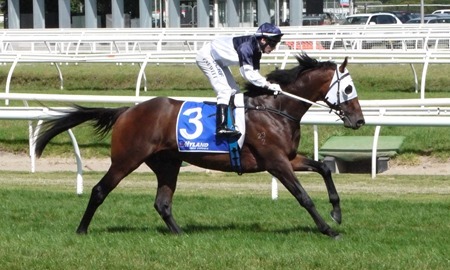 Tarzino on his way to the barriers

The C F Orr Stakes had a full field of 18 runners, Hucklebuck included among them after all. I was hoping the beautiful Turn Me Loose would be successful, but he overraced and was overtaken in the last 100 metres by eventual winner Sauvito, Lucky Hussler and Hucklebuck, who relegated him to fourth.

Down the straight – Turn Me Loose leads with Suavito on his outside about to overtake. Lucky Hussler is third with Hucklebuck (white bridle) just in the picture.

A little over a length separated first to fifth, but it was a gutsy win by Suavito who paid a handsome $17.00 for the win. Alas I didn’t have any money on her. 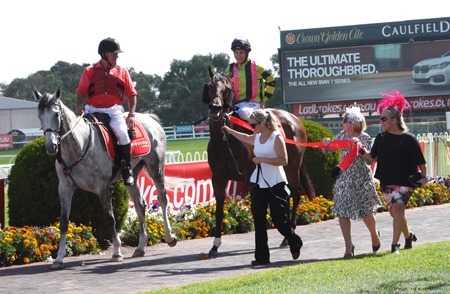 Suavito parades with connections after winning the Orr Stakes 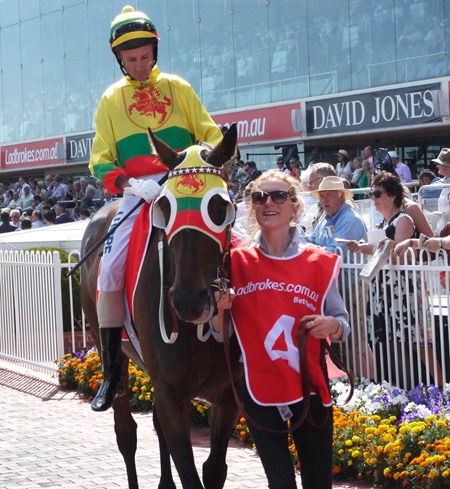 Lucky Hussler in the mounting yard 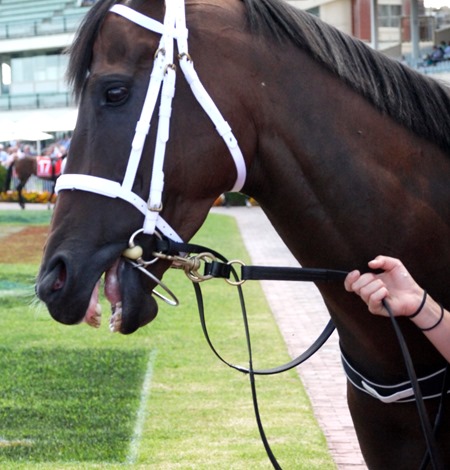 Hucklebuck in the mounting yard

As I’d been at the racecourse since 1.30 pm I headed home after the Orr Stakes, hot and somewhat tired after an active afternoon trackside.

While waiting for the Orr Stakes to begin, I did manage to watch the last stages of the Apollo Stakes, which was playing on one half of the big screen (without sound), and was pleased to see Winx live up to expectations with a comfortable win. Solicit ran second with Hauraki running third.

Next Saturday the racing action is at Flemington for the running of the Group 1 Black Caviar Lightning. Naturally I’ll be there with bells on, looking forward to seeing Exosphere in the feature race, among other stars of the turf.