A Touch of Class–Australia Stakes at Moonee Valley 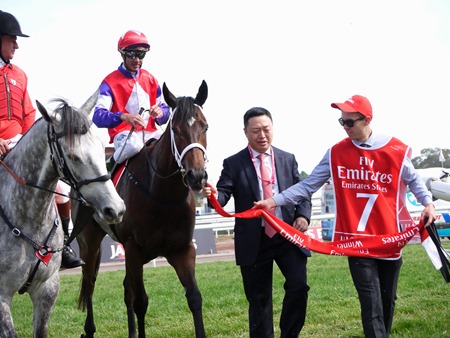 Hucklebuck returns to scale after winning the 2014 Emirates Stakes

In the three weeks since the beginning of 2016, there have been several celebrity deaths, the deceased being my close contemporaries in age, which sends shivers of mortality through us survivors.

I’m pleased to report that I am alive and in good health and looking forward to the start of the Autumn Racing Season.

It kind of kicks off in a low key way this Saturday at Moonee Valley who will be hosting the Group 2 Australia Stakes.

The Australia Stakes (1200 metres) has been won by some top sprinters, most notably Black Caviar in 2010 and 2012. California Dane won it in 2006 and his son,  Rebel Dane, will start as favourite for this year’s edition.

The field is the classiest we’ve seen since the end of the Spring racing season, with four Group One winners in the mix. These are Mourinho who won the race at big odds last year, Trust In A Gust, winner of the 2014 Rupert Clarke Stakes and Toorak Stakes who has been off the scene due to injury since August last year, 2014 Emirates Stakes winner Hucklebuck and Rebel Dane, who does have the 2013  Rupert Clarke Stakes to his credit.

Challenging the above four main chances will be in form Durendal who has won his last three starts, and faces his toughest assignment to date, and three year old Holler who won the Group 3 Red Anchor Stakes at MooneeValley on Cox Plate day last year over the distance.

The interesting runner is Northern Territory trained Sirbible who has won twice at Moonee Valley over 1200 metres.

As it has rained continously in Melbourne most of today (Friday) the track at Moonee Valley could well be affected and rated on the dead to slow side of the scale.

Hopefully the rain will clear by Saturday afternoon as I intend to go to the meeting and don’t want to be confined to indoors, preferring to roam around in the open air.

Caulfield will be hosting a race meeting next Tuesday, Australia Day, and featuring the always interesting Blue Diamond Previews, so I’m tempted to attend that as well to get a look at the youngsters strutting their stuff.

Returning to deaths of famous people…

Yesterday I was saddened to hear of the sudden passing of David Hartwell, a well known, much loved and respected editor in the Science Fiction field.

I had the pleasure of meeting him in November 2002 at the Edward Whittemore book launch at Gotham Book Mart in New York and even took a photo of him at the time. 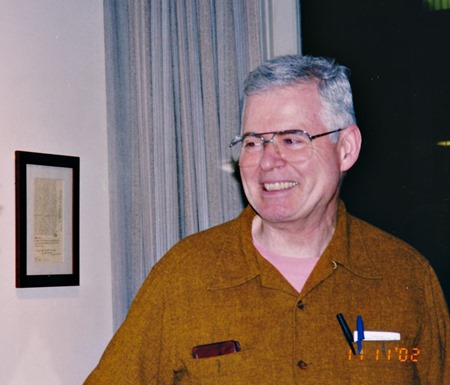 In the above photo he is wearing a conservative shirt, but he was well known for wearing outrageous ties and colourful shirts at social events and Science Fiction Conventions.

In person he was extremely likeable, friendly, and not in the least intimidating.

Among his many achievements, he founded and edited the New York Review of Science Fiction, a prestigious publication wherein I had the privilege of having my essay on Edward Whittemore published in January 2003.

David died as a result of falling backwards down stairs carrying a book case.

He will be grievously missed by the Science Fiction community and all who knew him. By all accounts he was a true gentleman and a scholar.