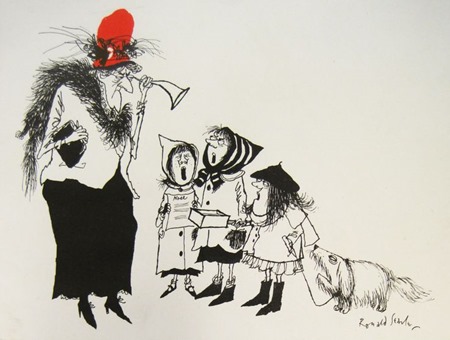 With Christmas only a few days away, here’s a post to celebrate the season and review 2015.

Despite the world in general being in tumult, my 2015 was reasonably stress free and a good year overall, with plenty of things to keep me interested and engaged.

Melbourne experienced its first heat wave of the summer earlier this week, where the temperature reached over 40°C last Saturday. You would think, considering the hype put on it by the media, that we’d never had a few days over 35°C before. They must have been scratching around for news.

As usual, I’ll be glad to have Christmas out of the way. We’ll be spending the day at my brother’s on the coast, but driving back afterwards, so the cats won’t be put out.

What bliss it is to be writing this post in Open Live Writer after clunking away on the Blogger editor for a couple of posts. Open Live Writer works well and runs smoothly in Windows 7 , thank goodness.

There weren’t that many books that really wowed me this year, but a few stand out as keepers. I really liked Anthony Doerr’s All The Light We Cannot See, A God In Ruins by Kate Atkinson, David Mitchell’s spooky Slade House and Margaret Atwood’s very funny dystopian novel The Heart Goes Last.

I also read and enjoyed the latest Kazuo Ishiguro novel. Written in his characteristic understated prose, The Buried Giant is a haunting novel on memory and loss, set in the Dark Ages.  I purchased the US hard cover edition and I must say that it’s a beautifully designed book and enhances any bookshelf.

After reading Neal Stephenson’s new novel Seveneves, which I enjoyed enormously, I felt an urge to reread his Baroque Cycle a three volume historical novel set in the Age of Enlightenment (17th century and early 18th century). Each book in the trilogy is about 1000 pages long, so it took me a while to read, but Stephenson is such an entertaing writer it certainly wasn’t a chore. He obviously had a lot of fun writing it.

Neal Stephenson is wanton with words. He’ll use 100 words where 10 would normally serve, but he’s such a brilliant writer you go with the flow willingly. Here’s an example:

The quill swirled and lunged over the page in a slow but relentless three-steps-forward, two-steps-back sort of process, and finally came to a full stop in a tiny pool of its own ink. Then Louis Phélypéaux, first comte de Pontchartain, raised the nib; let it hover for an instant, as if gathering his forces; and hurled it backwards along the sentence, tiptoeing over i’s, slashing through t’s and x’s, nearly tripping over an umlaut, building speed and confidence while veering through a slalom course of acute and grave accents, pirouetting through cedillas and carving vicious snap-turns through circumflexes. It was like watching the world’s greatest fencing master dispatch twenty opponents with a single continuous series of manoeuvres. – page 119, The Confusion (Vol 2 of the Baroque Trilogy)

You are educated and enlightened reading Neal Stephenson, as he always takes time to explain complex ideas in simple terms and even though he uses a lot of acronyms, they are fully spelt out several times until you get used to them. He also writes action scenes that leave you on the edge of your seat and is laugh out loud funny at times.

I didn’t purchase much new music this year, just a few favourite artist CDs like Ryan Adams’ Live At Carnegie Hall and his version of Taylor Swift’s 1989, Emmylou Harris & Rodney Crowell’s Travelling Kind, Eilen Jewell’s Sundown Over Ghost Town, Servant of Love by Patty Griffin, and Something More Than Free by Jason Isbell, all of which are wonderful, though I haven’t listened to them all that much. My top pick is probably The Milk Carton Kids’ exquisite Monterey.

The discovery of the year was local Melbourne band Raised By Eagles, whose newest release Diamonds In The Bloodstream is up there with my favourites for the year.  I’ve never see them live, but hope to catch them next year whenever.

My music kicks were mostly got from the live shows I attended, all different but all enjoyable.

And of course both the Melbourne autumn and spring racing carnivals were full of interest and saw the emergence of several new stars of the turf, Cox Plate heroine Winx being the stand out.

So on that note I wish readers of this blog, whoever or wherever you are, a very merry Christmas and hope that the New Year is kindly and grants you health, wealth and good luck.

And a very happy Christmas to you too Anne. I haven't read any of your highlights but there are a couple there I'd really like to read including the Doerr, and Ishiguro of course.

Laughed about your comment about the media and your heatwave. The media does seem to have a short memory.

We were in Sydney in late November when they had a temperature of 42°C. My it was unexpectedly hot. Anyhow, have a lovely summer.

Thanks Mrs Gums, hope your Christmas was a good one and that you received nice presents of the literary kind.

It was a steaming hot Christmas Day in Victoria, but by contrast Boxing Day is cool and damp.

oh look it's Ronald Searle - a wonderful man who should have lived forever. adored him since 1963 and bless Miss Waller for adding The Compleat Molesworth to the library at my highschool.
Stonking hot today in the western district and I think of all the poor beasties out in the paddocks.
Wishing you all the good things that 2016 can bring you.