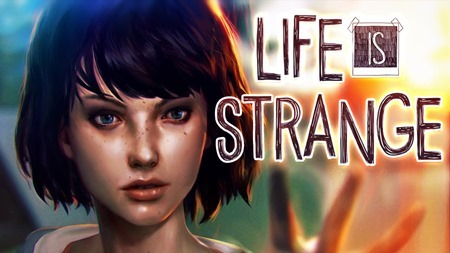 Sure, life is strange when you come to think of it.

But not as strange as the life of the heroine of Dontnod’s excellent computer game entitled Life Is Strange.

I stumbled upon the game on the Unofficial Tex Murphy Message Board, where it was recommended by a Tex fan who gave it such a rave I had to check it out.

It is an episodic game, where Episodes are released over a number of months. So far there have been four episodes with the fifth and final episode to be released in late October.

I purchased the season (Episodes 1 to 5) which I am obliged to play on Steam, a game playing platform that integrates with your computer, through a software application.

Anyway, Life Is Strange is one of the most interesting computer games I have played in a long time. It has wonderful graphics with believable compelling characters, detailed environments, and packs an emotional punch.

You play Maxine Caulfield, a photography student at an elite school called Blackwell Academy situated in the Pacific North West coastal town of Arcadia Bay.  Max keeps a low profile and minds her own business. Her greatest interest is in taking photographs and studying under leading photographer Mark Jefferson.

Max discovers that she has an extraordinary ability to manipulate time and she uses it initially to save a girl from being killed in the female toilets of the Academy, which incident she witnesses.  How or why she suddenly attains this power is not explained, but there is something strange happening in Arcadia Bay and Max obviously has some predestined reason to be there.

The girl she saves turns out to be her childhood friend Chloe Price, who is something of a rebel, a punk chick with a chip on her shoulder.

Signs that all is not well with Arcadia Bay are hinted at in the first chapter. A girl, Rachel Amber, has gone missing, and another student  tries to commit suicide by jumping from the roof of the college, after her reputation has been trashed by the release of a video on social media, showing her in a compromising situation of which she has no memory.

Also disturbing weather patterns are emerging – snow on a summer’s  day, an eclipse, dead birds and beached whales. Max at the beginning of the game is caught in a prescient nightmare of a giant tornado hitting Arcadia Bay.

It turns out that Rachel Amber was Chloe’s best friend, and Max and Chloe determine to find out what has happened to her.

As the game progresses the tension builds and the story of Max and Chloe’s investigation widens, you the player are also drawn into the mystery.

As mentioned before, the game packs an emotional punch. You grow to love the characters and fear for the consequences of their actions.

That’s another thing about the game. The consequences relate to decisions you are forced to make through the game, which have an impact on future episodes.

The graphics and game play are excellent and have a natural feel to them that enhances the experience. You can explore the 3D environments in as much depth as you choose. 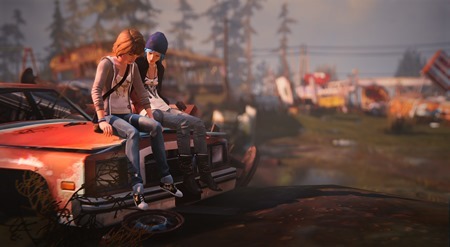 I’ve been replaying the first four episodes in anticipation of the fifth and final episode, due out today. The end of episode 4 was shocking and totally unexpected, so I can’t wait to find out how it all ends.

Life Is Strange is one of the best computer games I have ever played and I’m delighted to have discovered it. I’ll certainly be watching out for more Dontnod games in the future.