Caulfield Cup–Who will win? Beats Me! 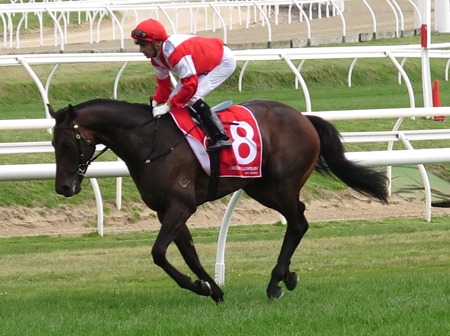 Every year it gets harder to suss out the likely winner of the Caulfield Cup with the increasing participation of International runners.

Last year the Caulfield Cup was won by the Japanese horse Admire Rakti with New Zealand bred mares Rising Romance and Lucia Valentina running second and third.  Admire Rakti tragically died on Melbourne Cup day, collapsing in his stall after the race from a heart attack, but the two abovementioned mares are both back in the field for the 2015 Caulfield Cup.

They have as good a chance as any of winning, Rising Romance having better recent form than Lucia Valentina who has been disappointing of late.  Speaking of the female contingent in the race this year, you can’t overlook the ever honest Royal Descent or Set Square; both have run close in the lead up races.

English horse, Snow Sky is the classiest of the International brigade, and given a chance to lead will take catching. He also has Damien Oliver in the saddle, a distinct advantage.

The Japanese entrants are Fame Game and Hokko Brave and of course cannot be dismissed out of hand, considering the success of Japanese horses in the past over the Spring Racing Carnival.

The best of the locals – and I include the New Zealand runners in that – is the magnificent looking Mongolian Khan who is currently the favourite after his eye catching third in the Caulfield Stakes, and Hauraki who finished second to Mongolian Khan in the ATC Derby and was runner up recently to Complacent in the Group 3 Craven Plate.

I’ve studied the form for the Caulfield Cup till I’m bored with it. I’m hoping the Khan will win, or one of the mares.

As I’ve never attended the Caulfield Cup meeting before, I’m assuming the crowd levels will be similar to those last Saturday. The weather will be cool and possibly slightly damp.

I intend to arrive at the course around Race 5, so it won’t be such a long day at the track as last week.

And I’m really looking forward to seeing my favourite mare Catkins again. She’s entered in the Group  2 Tristarc Stakes a race for mares over 1400 metres. She faces a pretty tough competition with such class mares as Amicus, Sabatini, Gregers and Solicit as her rivals.