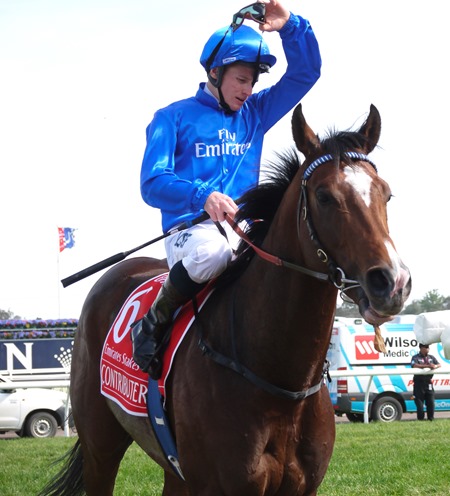 Tempus fugit! It seems hardly any time since last year’s Dato Tan Chin Nam Stakes Stakes race meeting, yet the racing hiatus over winter seemed to drag on and on.

The vagaries of time notwithstanding, I’m looking forward to returning to Moonee Valley next Saturday for an afternoon of quality racing action.

The feature race is the aforementioned Dato Tan Chin Nam Stakes Stakes a Group 2 event over 1600 metres. It has a much classier field than was presented at last year’s event and includes such quality gallopers as Contributer who won the Group 2 Apollo Stakes, the Group 1 Chipping Norton and Ranvet Stakes in successive starts in the autumn, and was raging favourite for the Queen Elizabeth Stakes, before being a late scratching. He is the hot favourite for the Dato Tan and will be hard to beat.

The Cleaner won the Dato Tan last year, beating Mourinho and Foreteller, and these three are again in the field. Also worthy of consideration is Dibayani who looked good finishing third behind Mourinho and The Cleaner in the P B Lawrence Stakes recently, and Bagman who won at Moonee Valley at his last start.

A number of notable racehorses are resuming this week and the most keenly anticipated is that of Chautauqua in the McEwen Stakes, a Group 2 sprint over 1000 metres. Also in the field is Black Caviar’s three quarter sister Sistonic who started off her racing career in a promising fashion winning her first two starts, before failing in her consequent two.  She appears to have been thrown in at the deep end for her first start after a long break, but it will be interesting to see how she fares on Saturday.

Last year, the McEwen Stakes was won by Angelic Light from Lankan Rupee, who was the firm favourite. The Hawkes team reckon Chautauqua is vulnerable over 1000 metres and has also drawn a wide barrier.  He is the class horse in the field, but others with claims are the three year old Furnaces, Goodwood Stakes winner Flamberge and the Group 1 placed Kuro.

I intend arriving at Moonee Valley in plenty of time to watch race 5, the Listed  Atlantic Jewel Stakes for three year old fillies over 1200 metres. Some of the classy fillies resuming in this race are Group 1 winner Pasadena Girl, Jameka, Don’t Doubt Marley and Stay With Me, a daughter of former star filly Miss Finland.

The weather tomorrow is expected to be dry and overcast, but hopefully the sun will peep through every so often. Some rain fell on Melbourne earlier in the week, but there’s been none since, so the track should be good for racing.

There are several interesting Group 2 races at Randwick tomorrow which I’ll try to watch at Moonee Valley, but I’m can’t be bothered analysing them here.

Back in September 2014 a royally bred colt, Divan, had his first few starts then disappeared from the scene after failing in his third through some sort of injury. I had been wondering when he would  return to racing and was pleased to notice that he has been entered in a lowly race in Ballarat on Sunday. He is a lovely looking horse, the son of champion New Zealand mare Seachange by Zabeel. 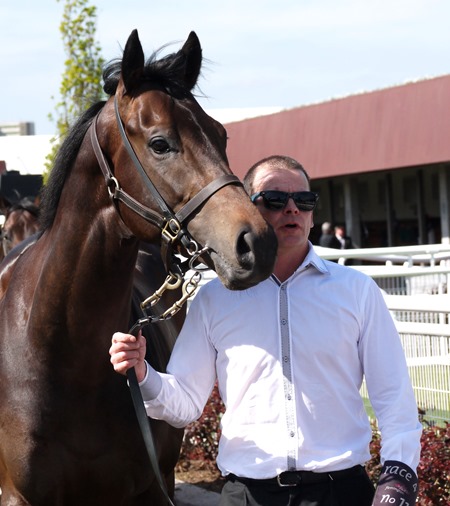 Anyway I’m keen to see how he performs first up after a year’s absence.