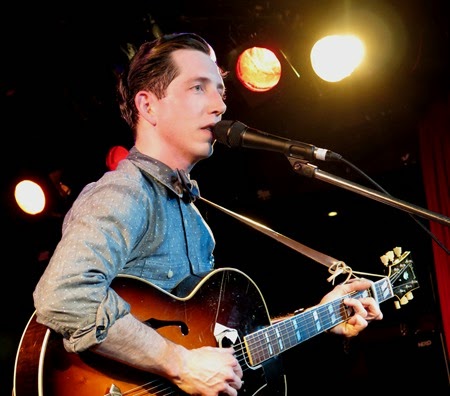 Proust may have had his petit madelaine  to evoke the past, but you didn’t need any memory joggers at the Pokey LaFarge concert last night to be swept back in time. The music does it from the first song, as you feel a rush of pleasure in the toe tapping syncopated rhythms of Pokey’s excellent band, playing the old time music that Pokey LaFarge specialises in.

Hell, even us senior music lovers weren’t born when this kind of music was the rage, but Pokey attracts fans of all ages and the music is apparently timeless.

The band are now a seven piece (including Pokey) with a drummer recently being added.

They are Joey Glynn on bass, Adam Hoskings on guitar, Ryan Koenig on harmonica, washboard and snare drum, T J Muller on cornet and trombone, Chloe Feoranzo on clarinet and saxophone and Matthew Meyer on drums & cymbals.

We were given a taster before the feature act with New Orleans musician Luke Winslow King playing a great opening set. He also has a vintage look about him, and his taste in music is similar to Pokey’s encompassing old time blues and jazz. 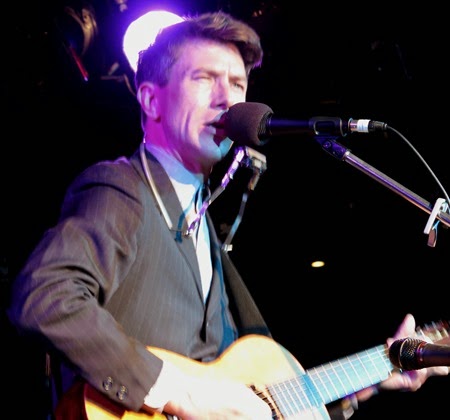 Unfortunately I didn’t note his set list nor could it be lifted from the stage, but I recall he sang Travellin’ By Myself which I have previously watched on You Tube.  He’s worth checking out as he’s an excellent guitarist and has an engaging stage presence.  Let it be said, he was a quality opening act.

Pokey LaFarge and band didn’t waste any time getting the crowd up and dancing (where space permitted) and singing along. As I noted at last year’s Pokey LaFarge concert at the same venue, Pokey establishes an instant rapport with the audience that is amazing to experience.  He’s a consummate showman of rare talent and dresses the part.

This time he wore a stylish blue denim suit over a blue shirt, with a flashy diamante studded bow tie and cool black shoes, and I noticed that he was wearing bright red socks underneath it all to match the red and white checked handkerchief poking from his breast pocket..

Pokey has just released a new record entitled Something In The Water and the band kicked off their set with the lively closing track, Knockin’ The Dust Off The Rustbelt Tonight following that with another new one, Underground.  Most of the songs on the set list were in fact drawn from the new album, but they played many old favourites as well, like Bowlegged Woman, Devil Ain’t Lazy, La La Blues for instance. 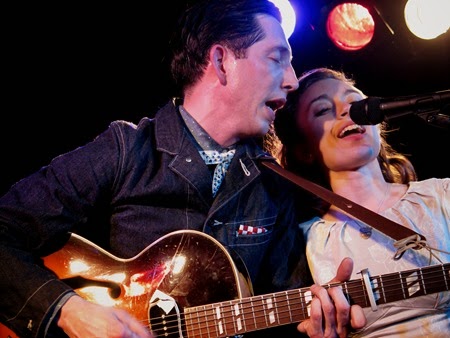 Pokey and Chloe share the mike in a duet.

As mentioned previously there was a lot of audience participation, executed with great enthusiasm I might add, with sing-alongs to many songs and muted dancing. As it was a stand up gig, there wasn’t much room for dancing, though the young out of it thing next to me thought she was dancing in time, but alas was not. I was seriously considering giving her the elbow when she kept stumbling into me. Thankfully she moved elsewhere and annoyed someone else.

Pokey and band played for 1½ hours and returned for a three song encore, finishing with the old Ray Charles song Let’s Get Stoned.

It was a superb concert, even better than the one last year. You emerge from a Pokey LaFarge concert as if from a dream time – a Golden Age so to speak - of the pre war American Mid West expressed through its music. Listening to Pokey’s CDs does not have the same impact as seeing him live, so catch him if you can.

The guy standing next to me was some kind of music journalist who enthused to me that he’d just discovered his new favourite band.

He kindly allowed me to steal the set list from the stage.

He also sang a few other songs not mentioned on the official set list as I distinctly remember Hard Times Come And Go was sung at one point.